4 Quiet Restaurant Openings You Should Know About 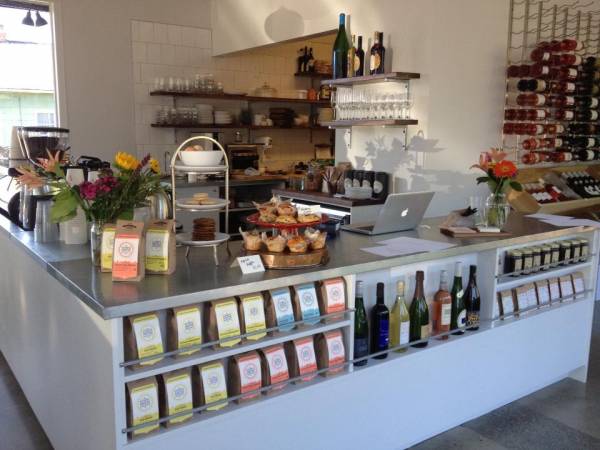 !–paging_filter–pIn this age, it’s the rare restaurant that opens without months of pre-opening buzz, endless teasing out of who’ll tend bar and what the tables and chairs will look like. Every picture posted on Facebook, every newsy bit is covered by the food media. Last week alone we here at Seattle magazine (along with, ahem,em several other publications/em) heralded the opening of strongRachel’s Ginger Beer at Pike Place Market/strong only to say, Wait! Whoops! I take it back. Not open quite yet! The food news in this town is near impossible to keep up with, even when it’s your fulltime job. (And oh, yes,a href=”http://www.seattlemag.com/article/rachels-ginger-beer-open-pike-place-ma…” target=”_blank” /aa href=”http://www.seattlemag.com/article/rachels-ginger-beer-open-pike-place-ma…” target=”_blank”Rachel’s is open now. Really!/a)/p
pSo who could blame you if you haven’t heard of these four just-opened restaurants that snuck open in an under-the-radar fashion, but that are already getting a good lot of good buzz./p
pa href=”http://vifseattle.com/” target=”_blank”Vif:/a Everyone I know is talking about Vif, upper Fremont’s new sustainable wine bar and morning coffee stop. strongOne friend spotted Matt Dillon and Renee Erickson there during opening week/strong, another friend has been three times in one week. I have yet to make it but will soon; dying to have toast with avocado (why doesn’t everyone know about this?), the baguette sandwich with ham, mustard butter and radishes, and a cookie (a friend sent a picture; they look perfect). Opened two weeks ago./p
pa href=”https://www.facebook.com/BlindPigAtEastlakeTeriyaki” target=”_blank”Blind Pig at Eastlake Teriyaki:/a Say that five times fast. a href=”http://www.seattlemag.com/blind-pig-bistro” target=”_blank”The Blind Pig /afolks (have you been? The summer menus are stellar) took over Eastlake Teriyaki (nextdoor) and are doing sandwiches (strongpork belly banh mi,/strong catfish, pulled pork, falafel) and side salads (strongwhat looks like a tasty panzanella/strong, potato, quinoa) and gazpacho! Yes. Again, too early for me to visit, but if the food’s near as good as it is at Blind Pig, this oughtta be one hell of a great lunch spot. Opened last week./p
pa href=”https://www.facebook.com/pages/Alibi-Room/113520808680726” target=”_blank”Alibi Room in Greenwood:/a Awesome. The Pike Place Market’s oft-forgotten little gem has just opened a sibling on Holman Road (10406 Holman Road N). strongTalk about a score for the north end,/strong especially for those looking for good pizza, really good drinks, and something to do late-night (Alibi will stay open til 2am). Opened last week./p
pa href=”http://www.thecommonscafe.com/” target=”_blank”The Commons:/a Woodinville’s newest restaurant (owned by a href=”http://heavyrestaurantgroup.com/” target=”_blank”Heavy Restaurant Group/a, the folks behind Purple, Barrio and others) sits diagonally across a roundabout from the a href=”http://www.hollywoodschoolhouse.com/” target=”_blank”Hollywood Schoolhouse/a, and boy is it a nice, airy space with an old farmhouse look and feel. Lucky me, with my daughter in horse camp last week, I had an excuse to stop in and have the totally addictive pretzel bites with bacon-jalapeno cream cheese, and a broccoli salad with buttermilk dressing. Can’t wait to go back to wine taste (a href=”http://www.markryanwinery.com/” target=”_blank”Mark Ryan’s /aone door down) and have dinner: lamb ragu over penne, bibb lettuce with green goddess, and a Dungeness crab roll all sound mighty tasty. Opened two weeks ago./p
pnbsp;/p