The Best Speakeasies in Seattle

A century after Prohibition was enacted, the speakeasy lives on 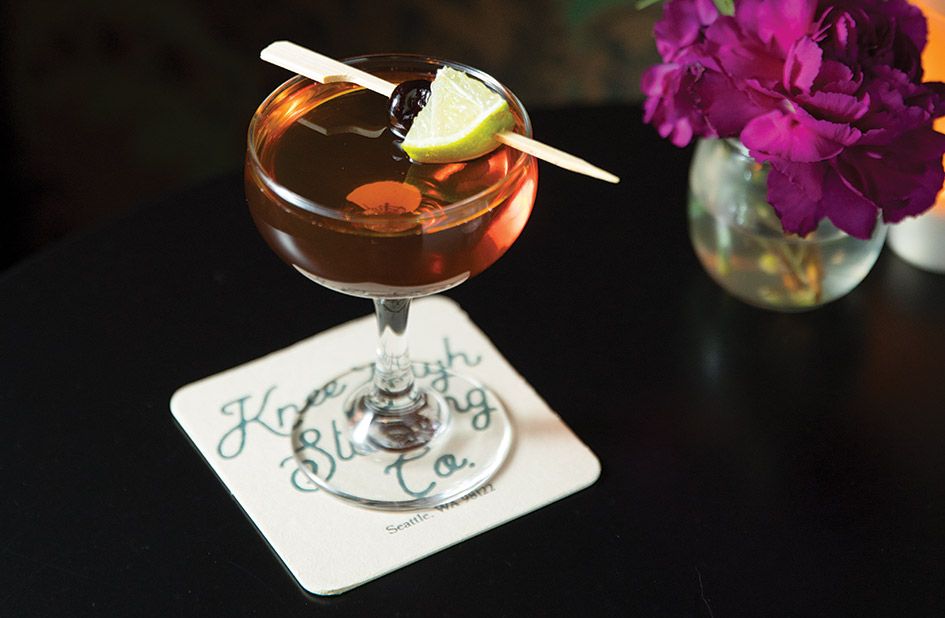 When Prohibition went into effect in 1920, Seattle became a kind of “smuggler’s paradise,” according to HistoryLink. Teeming with waterways and situated near the Canadian border, our fair port city was a perfect breeding ground for successful bootlegging operations and speakeasies, those illicit, hidden bars that skirted the ban on alcohol. A resurgence of speakeasy-style bars began in Seattle a decade ago, proving that this is a city deeply dedicated to its rum-running past.

Smith Tower Observatory and Bar
Completed six years before Prohibition was enacted, Smith Tower played a minor role in Seattle’s Prohibition-era escapades. Roy Olmstead, Seattle’s infamous bootlegging king and a former lieutenant in the Seattle Police Department, ran a radio broadcasting station (with the call letters KFQX, later changed to KOMO) from his home. The station included an infrequently used remote studio at Smith Tower, through which secret messages were alleged to have been transmitted to Olmstead’s bootlegging network.

Now, the top of Smith Tower houses an elegant bar with stellar city views and the option of enhancing your drink with in-house barrel-aged liquors. For $99, you can get a Rum Runner’s card, which grants you unlimited access to the observatory and bar (without it, one-time admission costs $12–$22), one free guest per visit, and 20% off all gifts, food and drinks for a year.

OUR PICK: If it’s on the rotating menu, try the effervescent Such Great Heights ($15), made with Pelotón de la Muerte mezcal, orange juice, white port, orange spice shrub and cardamom bitters for a flavor combination of smoke and citrus. Pioneer Square

Knee High Stocking Co.
To pass through the unassuming facade of this Capitol Hill bar, you must ring a bell at the front door, hidden in plain sight. Inside, you’ll find a generous seasonal craft cocktail selection alongside a menu of Filipino-American comfort food dishes, such as fresh lumpia (six for $10) or a pork tocino sandwich topped with pickled slaw, jalapeño and Kewpie mayo ($16), making the bar a unique addition to the canon of Seattle speakeasies. Reservations are encouraged and must be made via text message (206.979.7049).

OUR PICK: Try the Black Velvet Manhattan ($15) for an earthy take on a classic drink, thanks to Averna amaro and Falernum together with Sazerac brand rye. Capitol Hill FREE SPIRIT: The Atticus Finch from Bathtub Gin & Co. pairs gin with citrus and bitters, among other flavors