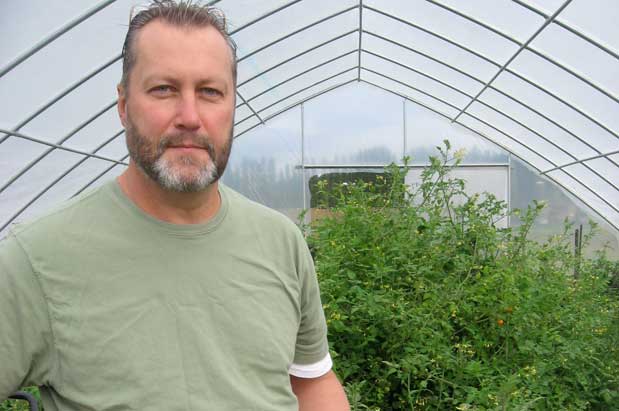 !–paging_filter–pspanCongrats to a href=”http://www.trellisrestaurant.net“Trellis/a chef Brian Scheehser, who recently won a second-place ribbon at the annualnbsp;a href=”http://www.cheesesociety.org/“American Cheese Society/a competition in Madison, Wisconsin, for a carrot-nasturtium Monterey Jack he made with Blaine Hages from Cherry Valley Dairy in Duvall./span/p
pConsidering there were more than 1,800 different types of cheese entered in this prestigious competition, this is a pretty big deal./p
p“A lot of heavy hitters were there,” said chef Scheehser. (Including Beecher’s, which won second-place awards for Yule Käse, Flagsheep and the Marco Polo Reserve.)/p
pFor Scheehser, the cheese-making project began about two years ago when Gretchen Garth from 21 Acres Farms approached the chef about working with the dairy she’d bought./p
p“We made pepperjack with peppers grown on my farm, and made a caraway seed that we used on our corned beef sandwiches,” said Scheehser, who has 12 acres of vegetables, fruit trees and berries in production for the restaurant. “But I wanted to come up with a signature cheese, something that would really stand out.”/p
pIn addition to the colorful combination of carrot and nasturtium, the chef also created a blueberry-basil jack, which is currently featured on a shrimp flatbread at Trellis./p
p“After we made that first batch, we didn’t touch them for six months,” he said. “When we finally got to try them, we were like a bunch of kids.”/p
pThe award-winning cheese will be showcased at the restaurant’s first-ever dinner at the chef’s South 47 Farm on Aug. 22. Highlights from the seven-course feast include heirloom tomato soup, troll-caught salmon with a green garden sauce, beet carpaccio, and a double cut lamb chop. Wine from Sparkman Cellars will complement each course, and resident winemaker Linn Scott will be at the dinner to talk about the stellar lineup./p
pTickets are $149, which doesn’t include tax or tip, but does include an optional pre-funk farm tour. Make a reservation by calling: 425.284.5858./p