Corretto–The Italian Restaurant On the Block 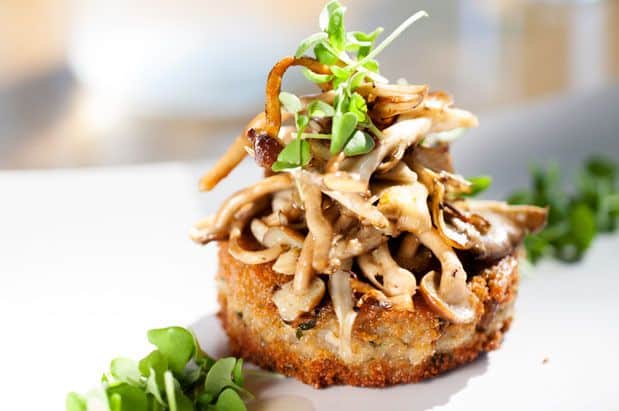 The biggest problem with Corretto (416 Broadway E; 206.328.7817; correttoseattle.com) is that it’s too easy to miss. It’s smack dab in the middle of Broadway, where loads of pedestrians walk by every single day without giving so much as a passing glance to anything new on their way to wherever. Owner Travis Rosenthal, who also owns Tango and Rumba, just down the hill on Pike, took over the former Panevino space in March of this year, officially transforming it into Corretto the following month. (Corretto, by the way, means “correct” or “proper” in Italian and in this case refers to coffee, which happens to be the restaurant’s signature drink: a shot of Slate Coffee Roasters espresso with various boozy elements.) For someone who spent 10 years in the Italian restaurant business, having managed both Il Fornaio and Piatti, it was a dream opportunity for Rosenthal to open a neighborhood Italian restaurant.

I’ve been to Corretto at least half a dozen times, and you know what? I unapologetically love this place. It’s not because the food is the best I’ve ever had; it’s because it is a true reflection of the neighborhood it calls home: eclectic clientele, accessible location, friendly staff, affordable dishes, lots of regulars. Rosenthal is the first to admit he didn’t aim to turn Corretto into a dining destination, although much of the pasta is handmade by executive chef Laura Licona, formerly of La Spiga. He snapped it up because he loves Capitol Hill and wants it to be a place “where people feel like it’s their living room—their second home—where they know the bartender and the server and they get food that’s high quality and comforting.” Rosenthal says with light rail coming just a couple of blocks away and cocktail bar Witness next door, “I just felt like it was the right time to do something on Broadway.”

If it’s on the changing menu, start with the traditional bruschetta caprese—killer house-made bread topped with pesto, mozzarella and roasted tomatoes ($6.50) and the risotto croquette ($7.50), a dish that screams “Mayday!” with its pure decadence: Sautéed pioppini and maitake mushrooms are enfolded into creamy risotto with Parmigiano, the mixture then packed into a little appetizer-size cake that will fill you up, but is worth the guilty pleasure of every bite. For an entrée, at least two pasta dishes are worth your time: the just-rich-enough spinach ravioli with Italian sausage, swimming in a porcini cream sauce ($16), and the arrabbiata ($16), a four-cheese ravioli (ricotta, mascarpone, pecorino, Parmesan) topped with basil and roasted-tomato sauce made medium spicy with chili flakes. Mind you, the rigatoni with Bolognese sauce (Corretto’s most popular dish) is a fine starter if you get there during happy hour and can snag a half portion for $9, but it’s not “entrée-size” amazing. On the flip side, the roasted chicken breast stuffed with prosciutto, Asiago and herbed ciabatta atop braised greens ($18) will taste like the most comforting stuffed Thanksgiving bird you ever ate—perfectly seasoned and the only chicken dish I have ordered twice in recent memory.

It’s worth noting that many of the framed photos among the antique mirrors on the navy-hued wall are ones Rosenthal took during his honeymoon in Italy. And so far, with the honeymoon phase of Corretto still in full swing, he is delivering on his promise to make it the Italian restaurant on the block.