Too much of Seattle's development is on a mass scale. Let's embrace the DADU 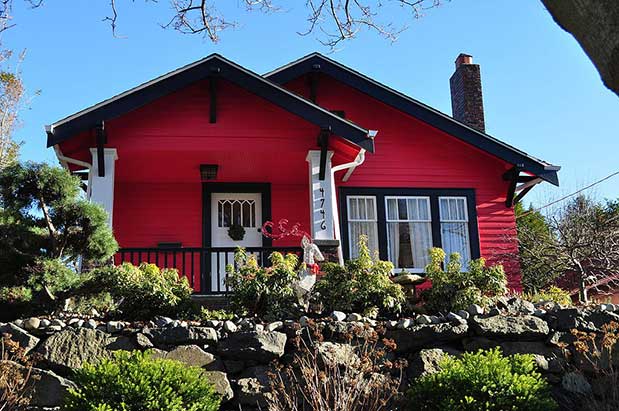 I have lamented the loss of Seattle’s bungalows as affordable housing for Seattle’s middle class. But small still has potential. Detached Accessory Dwelling Units—aka Backyard Cottages—perform much the same function. Think of them as the bungalow’s bungalow.

City Council member Mike O’Brien has proposed legislation that will make it much easier to build DADUs and mother-in-law apartments. It will create more affordable living options for folks in single-family neighborhoods.

The city has experimented with them for years, and expanded the program citywide and modestly in 2010 (a background report on them is here). O’Brien would like to expand it further, making it possible in designated urban villages to build bigger cottages (up to 1,000 sq. ft.) on smaller lots (3,200 sq. ft. instead of 4,000) and dispose of on-site parking requirements. O’Brien estimates that if only 5 percent of the eligible lots (under his plan) built units, it would create 4,000 new housing units, all while keeping single family neighborhoods intact.

I have been a supporter of backyard cottages. I see them as strengthening neighborhoods in many ways. For one, they make them more resilient for homeowners. These units—and mother-in-laws (which need a new name, like Parent Shelters?)—are one way families can stay together, or some back together. I suspect we will see more aging homeowners move into backyard units and their kids and grandkids moving into the main house. They also offer the opportunity for new, affordable rental units.

Too much of Seattle’s development is on a mass scale. Developers who don’t live here finance big projects to maximize profit. We need more small-scale development by locals who live nearby or on-site. If your neighbor builds an ugly DADU, it’s no big deal. If they build a good one, it adds value for the owner and the community. I also like the philosophy: if all of us think small, we can have a big impact. We won’t need as many mega “solutions.”

There are concerns. One is the loss of backyard green space and habitat (that’s one reason why O’Brien wants to eliminate the on-site parking requirement in urban village properties—to save green space). But there are a ton of single-family home lots that have already turned their yards into parking lots. Imagine if these spaces had cottage or accessory housing instead. Imagine if your kids and grandkids could afford to stay in town and repopulate our under-populated single-family neighborhoods?

We can build a better future, one DADU at a time.