Ballard is in the midst of a barbecue boom. 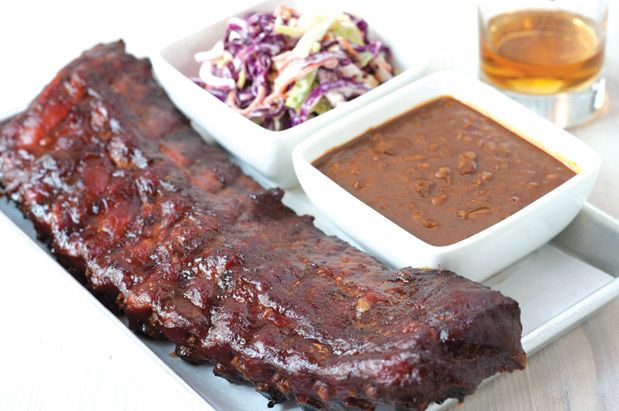 The neighborhood formerly known for Swedes has taken a turn toward the American South of late, with several new spots boasting grilled goodies slathered in spicy sauce. Dig in, but don’t forget your napkin.

Bitterroot
This stylish corner spot on Ballard Avenue (in the old Acme Rubber Stamp space) opened in January, and features reclaimed wood, exposed brick and serious barbecue. All the meat is dry-rubbed and slow-smoked; burgers and pulled-pork sandwiches arrive on chewy pretzel buns, and four tasty sauces—sweet classic, spicy chipotle, hot vinegar and Carolina mustard—await at the table. Wash it all down with a local beer or a swig from the healthy selection of whiskies. 5239 Ballard Ave. NW; 206.588.1577; bitterrootbbq.com

RoRo BBQ & Grill
Open since March in the space previously occupied by Zesto’s, RoRo’s third location (others are in Wallingford and Georgetown) does a big business in sandwiches—pulled pork, brisket, hot links and a lineup of burgers—along with St. Louis–style (dry-rubbed) ribs. Sides include succotash, porky baked beans and cornbread muffins. 6416 15th Ave. NW; 206.783.3350; rorobbq.webs.com

The Boar’s Nest
Sauce lovers, this joint’s for you: Slather your ribs or brisket with any of seven regionally inspired versions, from vinegary Carolina style to bourbon-laced Kentucky style. Along with pulled-pork and brisket sandwiches, The Boar’s Nest (open since late last year) makes a boneless fried chicken sandwich that comes with pickles, or you can opt for a side of fried pickles or fried mac ’n’ cheese. 2008 NW 56th St.; 206.973.1970; ballardbbq.com