Give Branzino Another Chance

With Chef Garrett Michael Brown at the helm, the restaurant adds some nuance to the big-boned menu. 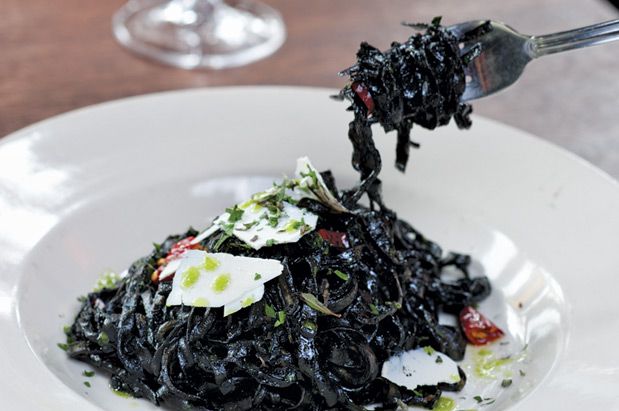 When Branzino opened in 2008 to much acclaim, its chef, Ashley Merriman, was clearly a star on the rise; she later went on to compete on Bravo’s Top Chef before moving to New York City, where she now heads the kitchen at Vanity Fair editor Graydon Carter’s Waverly Inn. Her departure put Branzino on the back burner for a year or two, but there’s new life in this underrated Belltown dinner spot. Former Verve chef Garrett Michael Brown is at the helm, and he’s adding some nuance to the big-boned pasta-and-pizza menu, such as a sweet shrimp ravioli with peas ($18; ravioli changes daily).

But big-boned and hearty is where this kitchen finds its stride: fork-tender octopus with a lively puttanesca sauce ($14.50), squid ink tajarin (which is thicker, more like spaghetti here) lit with chiles ($18). There are missteps along the way—including an otherwise juicy Berkshire pork chop left to burn on its edges on the grill. But servers are quick to make it right, offering dessert or a glass of wine on the house; led by co-owner Michael Don Rico (who owns the restaurant with Peter Lamb and Darren Pritt), the service here is some of the most professional you’ll experience in town. A night at Branzino, with its dim lighting, polished wood banquettes and lively, always crowded bar, feels a little dinner-clubby, a little spirited and a little surprising. You might want to give it another shot.