I’m Dreaming of a Green Red Wine for Christmas 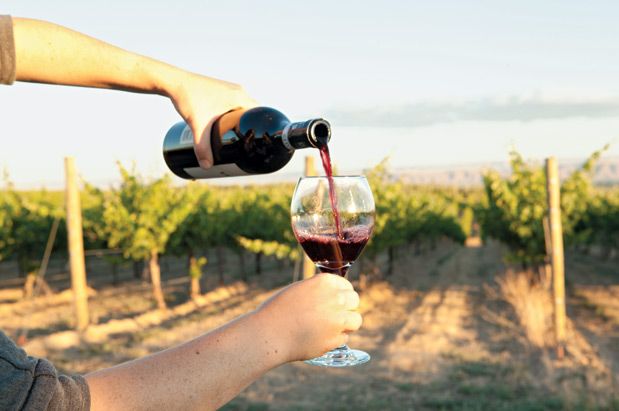 The holiday season has put me in the mood for some green red wine.

Nope, that’s not a new varietal. I’ve got a hankering for wine that’s made with grapes that are grown using the latest in Old World sustainable practices. That’s such a hot button word in the world of food that we’ve kind of tuned it out, but it really hasn’t made a big splash on the Washington state wine landscape.

That’s probably because, as grape growers will tell you, fruit grown in the arid desert clime of Eastern Washington need little intervention. Which is another way of saying fertilizers and pesticides made by Monsanto. All that’s fine and good, but not good enough.

Since the early 2000s, a group in Walla Walla has been championing the notion of digging deeper on this issue. Vinea is an organization encouraging and supporting sustainable growing practices, a group that’s got some mighty big names attached to it.

One of the leaders is Jean-Francois Pellet, the winemaker/viticulturalist at Pepper Bridge Winery. The Swiss-born Pellet is no crunchy granola hippie. He just wants to make the best wines possible and to do that, he and his partners at Seven Hills Vineyard began following the doctrines laid out by the International Organization for Biological Control, similar to the standards set up by LIVE in Oregon.

At Seven Hills, which is near Milton-Freewater, Ore., yet still part of the Walla Walla Valley AVA, they created a composting program and introduced “compost tea” to the vineyards to bolster the soil. They introduced a practice of tilling 1/2-inch of soil to inhibit the growth of weeds. And they do not use any GMO products.

The results are not always easy to measure, Pellet said, but these measures have made irrigation more efficient. A few years ago, earthworms – the harbingers of healthy soil — reappeared. In 2009, Pepper Bridge became the first winery in Washington state to be certified as sustainable, followed in 2010 by its sister winery, Amavi. High fives!

Yet, it remains challenging for consumers to seek out wines made using the best possible practices. It’s not like it’s spelled out on labels. Pellet says when he’s out in the market, he rarely tells that story because of the dull roar of green washing, the practice of talking the talk, but not walking it. Don’t know about you, but I want to hear more.

So, I guess it’s really up to us, the wine consumers of the world, to make like Michael Pollan and start asking some hard questions. For those of us who care so much about our food that we shop at farmers markets and drill servers about the sources of the ingredients a restaurant kitchen is using, it just makes sense that we demand as much from our wines. It seems like it’s time to start making some noise. Let’s huddle up after the holidays?

In the meantime, I’m going to slide a cork out of a bottle of 2007 Pepper Bridge Merlot that I’ve been saving in my “cellar”  (code word for the cool, dark space under my bed) and celebrate Christmas dinner with a green red. Here’s a toast to sustainablity!!

Why Alaska’s Pebble Mine Matters in Seattle

Can Seattle Scientists Save Orcas from Extinction?