Jason Wilson’s Fired Up About His New Project: Miller’s Guild 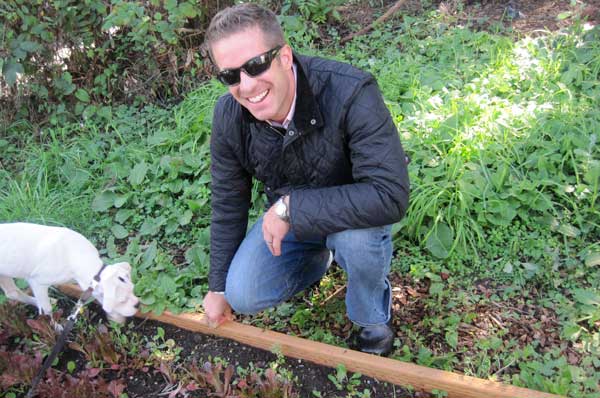 !–paging_filter–pspan“Portland restaurateur Kurt Huffman opening Seattle steakhouse with lauded chef Jason Wilson,” the emOregonian/em’s Michael Russell announced on Wednesday a href=”http://www.oregonlive.com/dining/index.ssf/2013/07/first_word_portland_r…“on the newspaper’s food blog/a./span/p
pThis scoop has been slowly simmering for some time, and now that it’s official, carnivores will want to mark their meaty calendars for late fall’s debut of Miller’s Guild, an ambitious project that will include snout-to-tail cooking with a butcher’s station front and center in the dining room at the Hotel Max./p
p“It’s all about eat and drink and meat and fire,” said Wilson, a James Beard-award winning chef, who has been chipping away at making this happen with his wife, Nicole and Jake Kosseff, who will be the restaurant’s beverage director. Huffman– “he’s opened 17 restaurants and is a genius at back ending things, allowing chefs to focus on the kitchen,” Wilson said–has been looking to do a project in Seattle for some time./p
pWhile the team is emphasizing the “modern” vision of the forthcoming meat-centric restaurant, there’s also a serious nod to the past./p
p“This hotel was originally built by Vance Lumber to house their workers,” Wilson said./p
pYou know, guys who really appreciated their meat and potatoes. (Though, they’d probably cringe if presented with a craft cocktail.)/p
pThe focus on breaking down whole animals while diners enjoy the end result is exciting to Wilson, whose great-great grandfather, grandfather and father were all butchers./p
pMeat and seafood will be sourced locally from small producers, building on the relationships Wilson has formed over the years at a href=”http://chefjasonwilson.com/“Crush/a./p
pAnd speaking of that fine dining spot, there’s some BIG news on that front, too. The restaurant has been gearing up for a major revamp, and will soon showcase ingredients grown and produced exclusively in the Northwest./p
p“We’re never going to be able to get rid of citrus in the bar because we wouldn’t want to deprive guests of lemon in their martinis, but we won’t be using olive oil,” he said./p
pThe restaurant’s nearby garden patch has expanded dramatically and there are plans for an off-site farm in Duvall./p
pWilson said Crush will become driven completely by what’s in season, served exclusively on tasting menus.nbsp;/p
p“Opening a second restaurant in no way will take away from Crush,” he said. “That restaurant is and always will be our baby.”/p
pnbsp;/p
pnbsp;/p
pnbsp;/p