The Latest Place to Drink in Woodinville 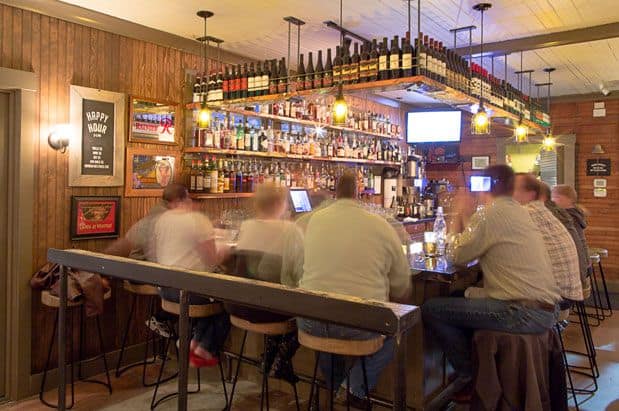 !–paging_filter–pIn the middle of Woodinville winery country, around the bend from Chateau Ste. Michelle, The Hollywood Tavern (14508 Woodinville-Redmond Road NE; 425.610.7730; a href=”http://www.thehollywoodtavern.com” target=”_blank”thehollywoodtavern.com/a) delivers traditional tavern food with a gourmet shine alongside a well-considered cocktail list inspired, in part, by the new a href=”http://seattlemag.com.239elwb01.blackmesh.com/boozy-holiday-gift-alert-l…“Woodinville Whiskey Company /adistillery out back.brbrAn outpost in the expanding Josh Henderson Huxley Wallace realm (the a href=”http://seattlemag.com.239elwb01.blackmesh.com/article/skillet-diner-unpr…“Skillets/a, a href=”http://seattlemag.com.239elwb01.blackmesh.com/article/why-were-crazy-wal…“Westward/a), The Hollywood occupies the former home of Mabel’s Tavern—a wonderful dive that replaced the Hollywood Corner Service Station in the 1940s. Olympia beer signs still hang on the wall, and the red neon “Tavern” sign shines outside, but the 10-cent jukebox is gone. The overall décor still says roadside bar, however, with rustic wood, white slated ceilings and a shelf of thermoses—and big crowds keep the noise level high.brbrBut there’s nothing “roadhouse” about the cocktails. Designed by Maggie Savarino (formerly a consultant for Madison Park Conservatory), the small list is perfectly put together. The tops, as you might expect, are the whiskey-based drinks. Don’t miss the Oil Change ($9), which combines Woodinville Whiskey rye, Meletti amaro and root beer bitters. It’s a heady mix, with hints of cinnamon and nutmeg hovering over the bold whiskey base. There’s also a selection of intriguing whiskey infusions that come with a schooner of beer ($10), such as the Woodinville Whiskey rye with smoked peppercorns.brbrThe food from executive chef Brian O’Connor (formerly at Skillet Diner and a Huxley Wallace partner) also is a step above most tavern fare. You’ll find a wedge salad ($8) topped with apple cider dressing, fresh Fuji apple chunks, chopped egg, Oregon blue cheese pieces and apple smoked bacon. Dressed up bar snacks, such as pimento cheese spread ($8) and crisp-on-the-outside, soft-on-the-inside hand-cut fries ($6), join entrées and sandwiches, including a finger-licking fried chicken sandwich with spicy mayo ($13).brbrThere’s a deck out front that faces the highway, and backyard area with a big fire pit, but the real outside attraction is the lovely and large distillery and tasting room in the back. Take a tour of distillery, see the shining still and all the beautiful wooden beams, taste the various whiskeys, and then hop over to the tavern to try them out in cocktails. It makes for a delicious evening./p