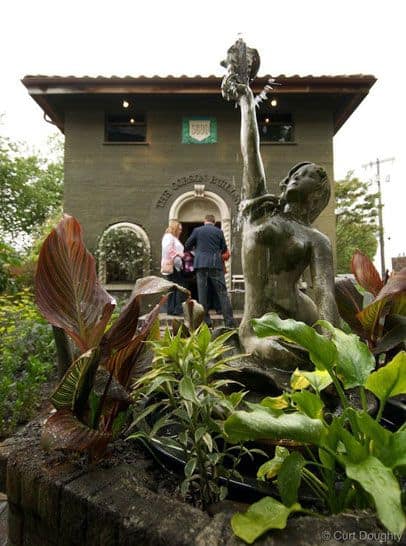 Matthew Dillon is putting the pioneer back in Pioneer Square. Opening two new places early next year, the local star chef is shoving the neighborhood into contention for the city’s new hot spot.

“I grew up in Seattle and spent a lot of time in this neighborhood. I want to stop complaining about how it’s not what it should be,” said this year’s winner of the James Beard Foundation Award for the best chef in the Northwest.

He’s going to be part of the solution, first by firing up a wood oven and grill at 40-or-so seat Bar Sajor, named for his mother Nina’s side of the family. It’s currently under construction at Occidental at Jackson, near Caffe Umbria, set to open in January.

“We’re going to do cook everything either on a wood-fired oven or grill. Simply prepared meats. Lots of veggies, some of them naturally fermented,” said Dillon, who helms Sitka & Spruce and Corson Building with the help of a stellar team.

Bar Sajor will serve beer, wine, cider and straight-forward cocktails and will be open from 11 until 8-ish, maybe later, depending on business.

Beyond the Bar, which will make its debut in January, Dillon is partnering with his Melrose Building neighbor, Katherine Anderson (Marigold & Mint) to launch London Plane, a massive space that will include a commercial bakery and production kitchen, as well as a retail operation selling bread and pastries, a floral shop, a small wine bar and a private dining room. That 5,500-square-foot space, formerly a Sea-First Bank, will feature gourmet groceries from around the globe and ready-to-eat meals stocked in a cold case. Baker Michael Sanders will have more room to make some of the best bread in Seattle. (Go buy one of the amazing loaves of sourdough at S&S!)

“It’s going to be like a deli, with lots of salads and grains, smoked fish, and we’ll have books, too,” Dillon said.

Sounds a little bit like what Tom Douglas has planned with The Grange, which leads to the question: Is Dillon trying to be the next Tommy D?

“No way. I’m not as smart as that guy,” he said. “I just love feeding people and I’ve got so many incredible chefs I’m working with; I want to give them room to spread out and show what they can do. In New York City, nobody blinks when chefs open up a string of restaurants. Seattle is on the verge of being one of the most positive, liveable cities in the country, especially after this election and I want to be part of that positive movement in a neighborhood I love.”

He’s already getting the love back from residents and office workers in Pioneer Square. “Even this morning, we’ve had at least five people come by and tell us how excited they are for us to be opening here,” he said.

Count me among those thrilled by this excellent development!

Breaking news: Mike Easton’s Il Corvo Pasta is also going to make Pioneer Square its new home, opening in the space that used to be Built Burger in early 2013.