Seattle's legendary sandwich shop returns, but will it live up to expectations? 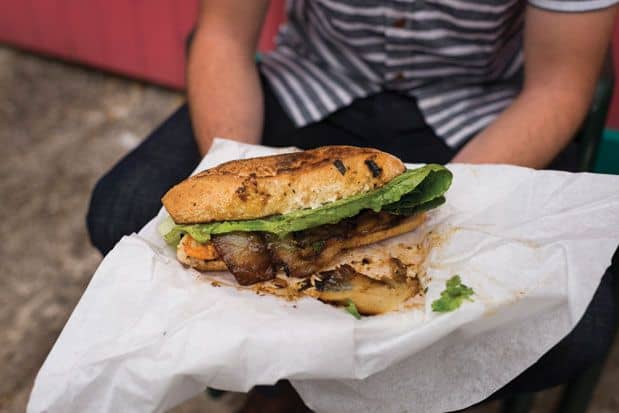 This article originally appeared in the June 2015 issue of Seattle Magazine.

If you don’t know the story, the short version goes like this: Paseo, upper Fremont’s iconic sandwich shop, closed without warning in November after more than two decades in business. The owners filed for bankruptcy amidst accusations of wage theft and other labor abuses, and the scandal was all over the news for a week.

Seattleites went a little nutty with grief, posting disbelieving notes on their Facebook pages about the closure, hyperbolically reminiscing in the comment threads on Eater.com and The Seattle Times website. Some of the bereaved left flowers and candles in front of the darkened shop, one last gesture of farewell to the garlic aioli and slow-cooked pork and, oh, those browned, soft, slippery onions that they couldn’t believe they’d never taste—or spill all down the front of their clothes, as the case may be—again.

But then, a miracle!

A savvy businessman saw an opportunity too good to pass up and bought the place in a bankruptcy sale. By January, that businessman, Ryan Santwire, had reopened Paseo with several longtime staff members helming the kitchen. Santwire promised Paseo 2.0 would be exactly the same as Paseo 1.0: same recipes (which the former owner was famously secretive about and did not include in the sale), same suppliers for bread and meat, same menu. And the city rejoiced! For a few whole days! But it didn’t take long for the backlash. No, they said, Paseo 2.0 isn’t as good as Paseo 1.0. The bread, they claimed, was different. The meat: chewier. The new Paseo wasn’t the same-same. This is what Yelp is for, I suppose.

But here we are, a half year into the reopened Paseo’s life. So let’s cut to the chase: Is the new Paseo as good as the original Paseo? That depends on whether you believe with all of your heart and soul that Paseo 1.0 was ever as good as people used to say that it was. Which it wasn’t. 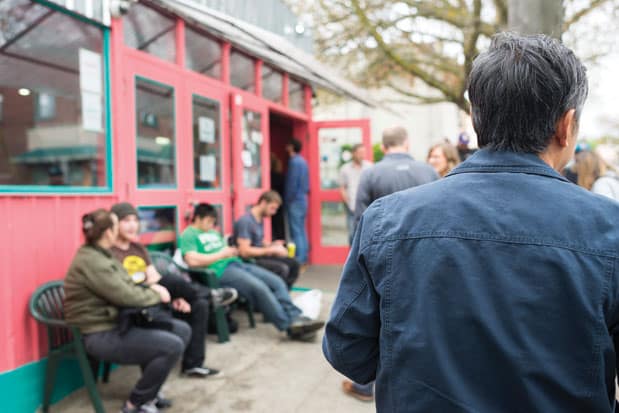 It’s hard for all of us to be objective, but in my estimation, Seattle’s most famous sandwich hadn’t lived up to the hype for years. The last few times I visited Paseo before it closed, the restaurant’s famed Caribbean Roast sandwich (the most popular sandwich on the menu, by far) was absolutely fine. It was good. But it was unquestionably overrated.

Twice I found the filling-to-bread ratio was off in favor of the latter; sometimes the meat needed seasoning. Sometimes the combination of soggy bread and tender, moist pork, and wet, slippery onions, and aioli added up to a mushy affair that lacked heat and acid.

Having had the sandwich again at the new Paseo, I can tell you: The Caribbean Roast ($9.75) is very close to the way it has always been: pleasingly fatty, porky, drippy. The onions are still soft and caramelized, that aioli is still mild and flecked with cilantro and slathered on with abandon. But the pork still needs salt, and it would benefit from a crisping on a hot griddle à la carnitas. A squeeze of lime would help. The bread is the same as it ever was: soft Giuseppe rolls from Macrina. If you loved this sandwich before—if you, too, held a personal vigil for the jumbo sandwich—I think you’re still going to love it. Or at least like it a lot.

Still, for my money, the garlicky prawn sandwich ($10.50) is where it’s at. The prawns are carefully tended and just cooked through in an intoxicating garlic sauce, and then the sauce and the shrimp end up on a warm hoagie roll with cilantro, jalapeños (which are optional, but I recommend them), romaine lettuce and that aioli. This sandwich is the one I deem worthy of a fan club. And maybe best of all? No more cash only; now you can pay with your credit card.