The owner of Chuck's Hop Shop introduces microbrews to the public, one growler-to-go at a time 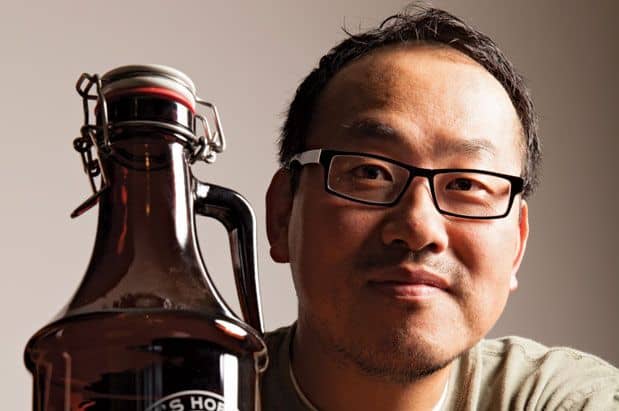 Between 7-Eleven and the bottle shop (beer store) lies the beer convenience store—a new breed that offers a broad selection of craft beer along with other essentials, such as tortilla chips and cigarettes. Super Deli Mart in West Seattle regularly hosts special beer events, fills growlers and even sells kegs to go. At Norm’s Market, a Shell gas station mini-mart off Highway 9 in Lake Stevens, owner Shane McDaniel recognizes the value of being able to fill your barbecue’s propane tank, gas tank and growler at the same time.

But Chuck Shin, the owner of Chuck’s Hop Shop in Greenwood, adds another dimension to the concept of beery convenience. He describes his shop on 85th Street as a family-friendly beer store, where he has treats for kids of all ages. Not only does Shin offer bottles and growlers to go, he has created a neighborhood gathering spot where parents with kids are welcome to try samples and order pints, selecting from more than 38 different draft beers. Hop Shop regulars covet the limited patio seating and the rotating schedule of food trucks.

The first beer Shin really liked was Fat Tire, which he discovered while attending the University of Washington, but it was a few years later that he really learned to appreciate a variety beers and beer styles. An unexpected career development left him seeking a new direction, so he fell back on his love of beer a little more than three years ago and opened Chuck’s Hop Shop. And good news for Capitol Hill: Shin will soon open a second location at the corner of 20th Avenue and E Union Street, offering 50 taps and 1,000 different bottled beers.