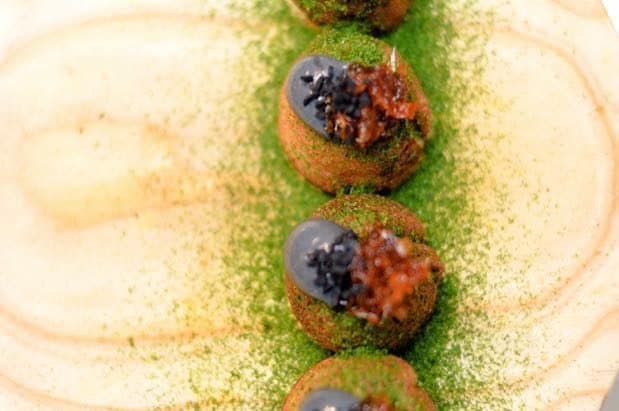 Restaurateurs Jake Kosseff and Jeanie Inglis are just three weeks away from beginning construction on what they’re describing as Seattle’s ultimate return to fine dining.

The words “glamour” and “opulent” have been used copiously.

The couple’s restaurant, Circadia, a nod to the body’s natural rhythms (and desire for good food), will be located in the old (and original) El Gaucho location at 624 Olive Way in the heart of downtown. Its debut is set for October.

“Everybody has an opinion about how much Seattle supports fine dining,” Kosseff told me on the phone. “We looked around us here in downtown and thought there was a way to do it that fits the city really well.”

Expect a total departure from the industrial and monochromatic look of so many Seattle restaurants. The 4,300-square-foot Circadia will feature pops of color in its main dining room that seats 75. Think dramatic banquettes with velvet and faux fur, a capacious, horseshoe-shaped bar and lounge with marble, maybe quartzite, and a four-seat, reservation-only chef’s counter overlooking the action in the kitchen.

“Think of it as our version of omakase,” Kosseff said. “Garrett is going to make whatever strikes his fancy.”

But, yesterday, Kosseff shared with us more Melkonian fusion fun: An interpretation of poulet a la creme done up instead with coconut cream and fenugreek; and takoyaki, a Japanese dumpling stuffed with octopus, decorated with squid ink aioli and candied bonito flakes. I do feel an inflated sense of self all of us sudden.

Ironically, Kosseff, known nationally for his work as a sommelier at Wild Ginger and a partner at Miller’s Guild, will not run the wine program. The list will be hyper-focused – on Champagne, natch – with 10 sparkling wines available by the glass as well as handcrafted seasonal cocktails. Stay tuned, as he is soon to announce a nationally acclaimed female beverage director he’s bringing from outside of Seattle.

All that fanciness and you can still show up in Tevas and North Face. Despite talk of making customers feel like celebrities, there will be no dress code.

“That would be very un-Pacific Northwest,” Kosseff said.