Should the government decide who you tip at restaurants? 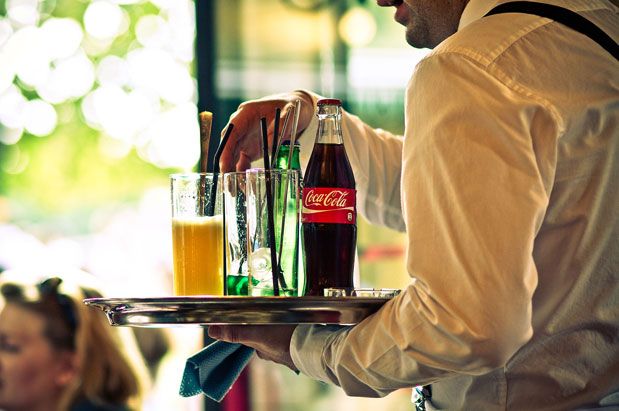 There’s a big issue brewing in the restaurant industry, and it has nothing to do with culinary trends or rising chefs.

The topic is tipping, which we’ve always thought of us as a private matter between a diner and his restaurant experience. But, it turns out that the federal government is eager to decide who can take that tip home.

Up until last week, restaurants could share customer tips with chefs, dishwashers, busboys – whoever they wanted to include in their tip pool.

But, in a 2-1 ruling on Feb. 23, the Ninth Circuit Court of Appeals — an intermediary court between the federal district court and the Supreme Court — ruled that those back-of-the-house employees are not entitled to your tips. Only the servers who serve you are.

In a city like Seattle, where restaurateurs like Tom Douglas, Jerry Traunfeld, and, most recently El Gaucho Seattle, are leading the charge with annual minimum wage increases and automatic service charges meant to equalize front- and back-of-the-house staff and eliminate tipping altogether, this does not sit well.

What does the case mean and how did we get here? Seattle native and employment attorney Nick Beermann, partner at Fisher & Phillips and a veteran of the restaurant industry (he washed dishes and cooked at the Old Spaghetti Factory, woot), says it all started with Portland’s Woody Woo in 2010.

Back then, he explains, an employee of the restaurant brought a case against Woody Woo, Inc. saying that the tip pool violated the Fair Labor Standards Act, which regulates wage and hour law in the United States. The Ninth Circuit ruled no harm, no foul in 2010 because it determined that the employee made more than the federal minimum wage, the Fair Labor Standards Act didn’t even address tips pools, and therefore the restaurant wasn’t in violation of the Act.

Then, in 2011, the U.S. Department of Labor issued a new regulation that said, in effect, thou shall not institute a tip pool because tips belong to the people who receive them. Who is that? Servers, or “people who customarily/regularly receive tips from guests.”

In response, several restaurant associations, including the Washington Restaurant Association and the National Restaurant Association, sued the Department of Labor in 2012 saying that its rule-making was contrary to a precedent set by the court that tip pools were OK as long as the employee(s) made at or above minimum wage. They won.

In response to the win, the Department of Labor appealed in 2013 to the Ninth Circuit Court of Appeals, and this time, it won. Why? Because a 2-1 panel disagreed with its prior decision and the Department had full authority to regulate wages such as tips.

“It has just taken this long for them to write up the law and enforce it,” Beermann explains. Why do they care? “So they can protect their federal rule-making agency and being in charge of making such rules.”

Seriously? Yes. The next step: That same group of restaurant associations announced March 2 that they are seeking a review of the case before a full 11-judge panel of the Ninth Circuit. That could happen any day. The case may even make it to the Supreme Court, Beermann says. Not likely, but fascinating nonetheless.

Until then, the end of tip-pooling could go into effect any time. Restaurants may need to consider other options if they want to tip out their staff.

“This is going to make everybody move toward service charge,” Beermann says. “Otherwise you’re going to have angry back-of-the-house staff who will quit. I think people, especially those who don’t make a lot of money, have come to expect and rely on those tips.”

In the meantime, look for an essay on the subject of tipping in our April Best Restaurant issue.

Beermann’s full title was left off of the original post. He was one of the three attorneys working on the case at the federal district court level where summary judgment was won.