Fleeting, unpredictable and usually only available at breweries, sour beers are tarted up for imbibi 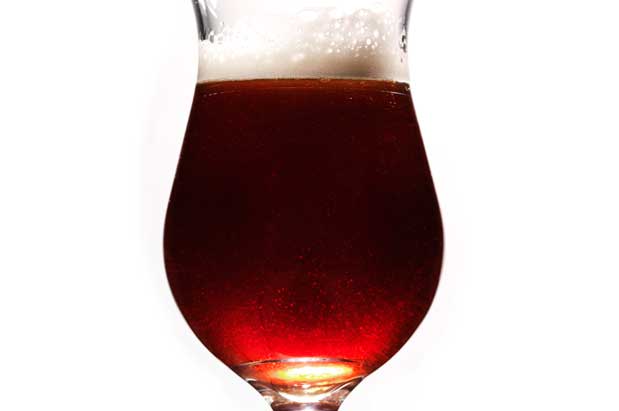 In beer lingo, the word “sour” refers to a range of beers that are intentionally acidic, tart and, well, sour. Sour beer is often associated with Belgian breweries, where monks use techniques predating the Gutenberg press to create it, but a growing number of local breweries now dabble in this mysterious craft. Brewers add crazy stuff such as lactobacillus (bacteria) or brettanomyces (wild yeast) to finished beer, usually along with some sort of fruit (cherries, peaches or raspberries, for example), and then age it in oak barrels for a year or more. The end result can’t be guaranteed. Usually the brewer blends the finished product with a regular, non-sour beer to achieve the final offering.

For beginners to appreciate sour beer, they must abandon any existing notions of beer flavor. Expect something that reminds you of a Jolly Rancher candy, sour cherries or a Granny Smith apple and you’ll be less alarmed. With no way to tell how long it will take for a beer to go sour (and no guarantee that it actually will), locally brewed sour beers are rare, appear at brewery tasting rooms or in bottles without warning and disappear almost instantly. When you visit a brewery, ask if it has a “sour program,” and if so, ask if it’s pouring any samples. Your local bottle shop can regularly direct you to any number of sour beers from Belgium, where this centuries-old style of beer continues to be wildly popular today.

BEST SOUR BEERS TO LOOK FOR
If you like the thrill of the chase, keep an eye out for these brews, which are available at least once a year, although exact release dates are hard to pin down. You may need to learn a secret handshake to get a taste of these.

Sour Heart of Darkness by Two Beers Brewing
Conventional beer wisdom suggests that you cannot make an India pale ale go sour, but the brewers at Two Beers Brewing in Seattle never much cared for convention. Sour Heart of Darkness, a sour version of their dark IPA, will be released in mid-November at the brewery’s tasting room in SoDo. Aged in French oak red wine barrels, this floral and tart beer is black as night and checks in at 9 percent alcohol by volume.

Apricot Sour Brown Ale by Schooner Exact Brewing
This Seattle-brewed sour ale manages to balance sweet and tart: It starts out tart and lingers with a slight fruity sweetness. You might also notice nutty flavors and a tiny hint of balsamic vinegar in this deep ruby-colored beer, which weighs in at around 5 percent alcohol by volume. The brewery expects the next batch of this beer (released annually) to be ready early next year, when it will be available at its SoDo brewpub.

Stupid Sexy Flanders by American Brewing
Deep red in color and more tart than sweet on the tongue, this Edmonds-born beer comes in at 6.5 percent alcohol by volume and is a playful wink at a traditional Belgian style: Flanders brown ale. Aged in red wine barrels with raspberries, this beer is available in limited supply twice a year. It was slated for release in mid-September at the American Brewing tasting room in Edmonds and The Copper Hog in Bellingham, but there’s no telling how long it will last.