8 Seattle Restaurants You Can Dock Your Boat At

It's going to be a stellar weekend for boating! 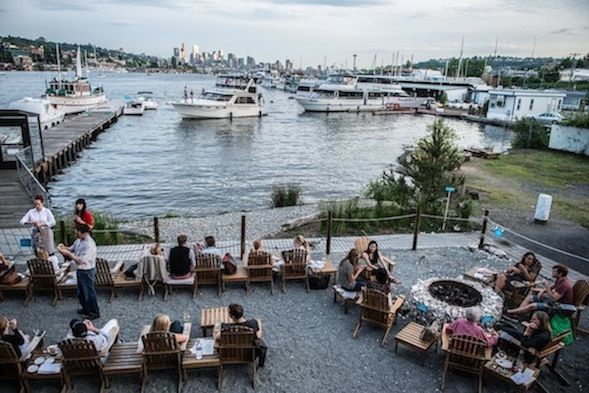 !–paging_filter–pMemorial Day weekend is fast approaching. And if you’re not lucky enough to get a long weekend, perhaps you’re lucky enough to have a boat—or a friend who has a boat—enabling you to get in a little chill water time at some point./p
pHere now, for your cruising pleasure, are 8 Seattle restaurants (in alphabetical order) where you can dock your boat. Is your favorite boat-friendly restaurant missing? Let us all know in the comments, where invitations are also welcome./p
pstronga href=”http://aguaverde.com/” target=”_blank”Agua Verde/abr/strongThere’s only one slip (large enough to squeeze in two boats,), but don’t let that deter you. According to this popular U-District Mexican café, not very many folks know about this little hidden secret, which means you might just be able to score a free spot for yourself during lunch. nbsp;/p
pstronga href=”https://www.anthonys.com/restaurants/detail/anthonys-pier-66” target=”_blank”Anthony’s Pier 66/abr/strongMost of the Anthony’s Homeport locations have their own docks, but this location is actually run by the Port of Seattle. According to the Bell Harbor Marina, there are 36 slips available on a first-come, first-served basis. Many of the slots, however, are reserved by folks looking for overnight moorage./p
pstronga href=”http://www.schwartzbros.com/chandlers-crabhouse/” target=”_blank”Chandler’s/abr/strongYes, fancy yachts take up most of the moorage here (in fact, when I called to inquire about specifics, the manager told me there was a $14 million, 109-foot yacht tied up in front), but there’s about 75-feet of space for come-and-go traffic that fits anywhere from 5 runabouts to a couple of large yachts or sailboats. First-come, first-served.nbsp;/p
pstronga href=”http://www.anthonys.com/restaurants/detail/chinook-at-salmon-bay” target=”_blank”Chinook’s/a/strongbrThis Fisherman’s Terminal café has room for about 5 boats. Things get a little crazy during late afternoon, when folks are clamoring for a dinner spot./p
pstronga href=”http://www.schwartzbros.com/daniels-broiler/daniels-lake-union/” target=”_blank”Daniel’snbsp;/a/strongbrThere’s just a single moorage space at the Lake Union location (a 65-foot slip) and it’s first-come, first-served. But the good news is that not many folks know it exists. Summers are certainly busy, but since Daniel’s is only open for dinner, you might just catch a lull in the bonkers afternoon boating scene./p
pstronga href=”http://www.ivars.com/locations/salmon-house” target=”_blank”Ivar’s Salmon House/abr/strongThe dock at Ivar’s Salmon House has nearly 250-feet of complimentary moorage for all restaurant guests; a variety of boats dock there during the season from small paddleboards to 40-foot yachts, so the number of spots is dependent on what types of boats are there. Sunny afternoons and happy hour are the busiest time to tie up.nbsp;/p
pstronga href=”http://palisaderestaurant.com/” target=”_blank”Palisade/a/strongbrLocated right off the Elliott Bay Marina, it’s not surprising that customers frequently dock their boats while they dine here. There’s a $5 charge for three hours of docking and the restaurant has more than a half-dozen spots for people to tie-up. Insider tip: Larger boats can dock further out, with the help of friendly staff members who will actually boat them back to the dock in time for their dinner reservation./p
pstronga href=”http://westwardseattle.com/” target=”_blank”Westward/abr/strongThis place is always bustling when the sun comes out, so good luck getting a table, let alone a spot for your boat. The dock is so busy on sunny days that Westward will soon have someone manning the restaurant’s 80-feet of tie-up space on an extensive 160-foot dock (half of which is privately owned) to help customers get to shore when the weather is nice.nbsp;/p