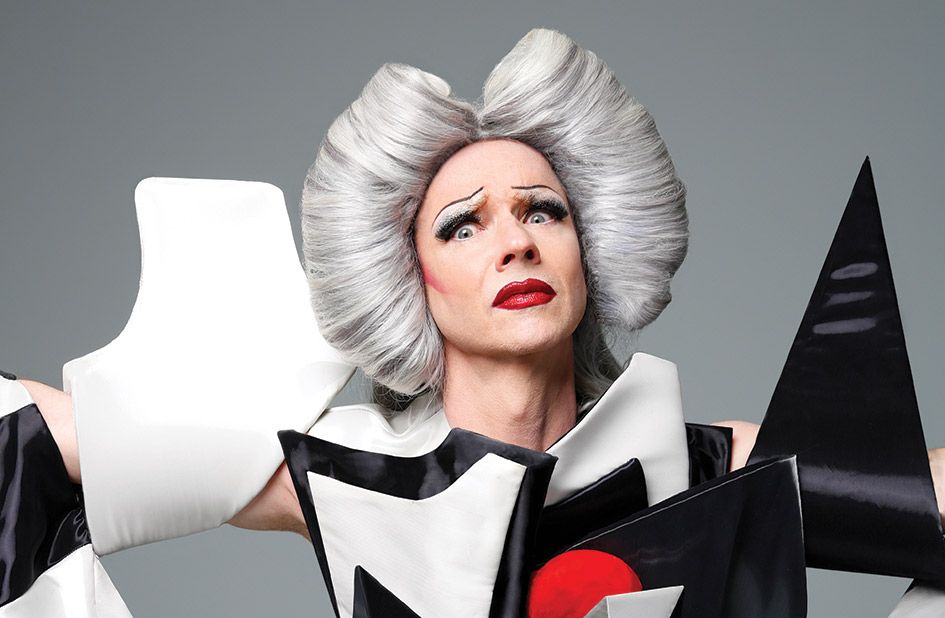 CABARET
John Cameron Mitchell
2/27
John Cameron Mitchell both co-created Hedwig and the Angry Inch, the 1998 rock musical that recounts how “a slip of a girly boy from communist East Berlin became the internationally ignored song stylist barely standing before you,” and originated its diva-esque title role. On his “The Origin of Love” tour, Mitchell combines songs from the show (by Stephen Trask) with stories from his 20 years with the cult classic on stage and screen. 8 p.m. $50–$65. The Moore Theatre, downtown; stgpresents.org DANCE
Black Bois
2/14
The unimaginable tragedies—or, really, the all too imaginable and all too common tragedies—experienced by Kalief Browder and Tamir Rice inspired the dance piece Black Bois, which choreographer Dani Tirrell calls “a thanksgiving to our past and our present and our future; it’s also, for me, a love letter to our bodies.” Those who missed the sold-out April 2018 premiere at On the Boards now have a second chance to see Tirrell’s work, performed by local dance stars Markeith Wiley, David Rue, Randy Ford and others, with original music by Benjamin Hunter and written word by J Mase III. 7:30 p.m. $40–$50. The Moore Theatre, downtown; stgpresents.org

MUSICAL
Bliss
Ends 2/23
Composers/lyricists Emma Lively and Tyler Beattie have taken the classic “princess locked in a tower” trope and twisted it into something new: a story of four princesses who escape an overprotective father only to find themselves in the outside world with its stifling expectations. For its world-premiere production of this musical comedy, The 5th snagged Sex and the City’s Mario Cantone to play the tale’s fairy godfather; Broadway veteran Sheryl Kaller directs. Times and prices vary. 5th Avenue Theatre, downtown; 5thavenue.org OPERA
Lowbrow Opera Collective: #adulting
Ends 2/9
“What can we do to make sure that new operas are written, performed and experienced by all sorts of people?” asks this group of young singers. Well, one thing they’re doing is reviving their inaugural production from last May, #adulting (music by John Ervin Brooks, libretto by Natalie Stewart Elder), a comedy of four millennials, a shared apartment and a suboptimal couch. Times and prices vary. 18th & Union, Capitol Hill; 18thandunion.org

THEATER
The Angel in the House
2/8–3/15
Today, Victorian poet Coventry Patmore is remembered, if at all, for The Angel in the House, his book-length paean to the ideal of female domesticity. Busy Seattle playwright/actor Sara Porkalob is having none of that, grabbing Patmore’s title and turning the whole concept upside down into a “feminist-revenge thriller-critique” for Café Nordo’s next show, a murder mystery that promises “corsets, blood, revenge and cake.” Times and prices vary. Café Nordo’s Culinarium, Pioneer Square; cafenordo.com