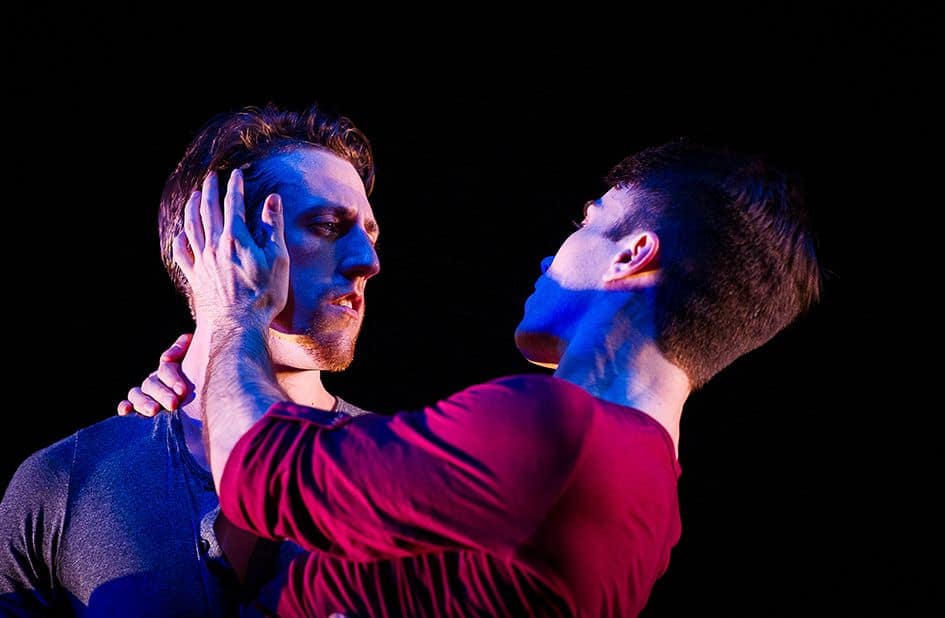 FILM
Seattle Queer Film Festival
10/10–10/20
Showcasing creativity and building community since 1996, this festival brings its usual generous buffet of shorts, docs and features from around the world for 2019, exploring every aspect of the queer experience—and occasionally making news. Last year’s festival closer, the 2018 Kenyan drama Rafiki, was banned in its conservative homeland thanks to its “intent to promote lesbianism.” Times and prices vary. See threedollarbillcinema.com for participating venues.

WORDS
Seattle Lit Crawl
10/24
“Get drunk…on words!” proclaims this pub crawl/reading event: More than 80 writers will take over some 35 Capitol Hill and First Hill venues (mostly bars, as well as places like Elliott Bay Book Company and the Frye Art Museum) to knock back a few and present their own work to increasingly jocund crowds. Four programming slots: 6, 7, 8 and 9 p.m., after-party to follow at 10. Free. See litquake.org for lineup and venues.

COMEDY
John Leguizamo: Latin History for Morons
10/23
Impelled by the short shrift given to Latinos in his son’s history textbook—and because “I’m embarrassed that I did not know enough about my ancestry to pass onto my kids,” he admits—Leguizamo, the shape-shifting Tony- and Emmy-winning comic actor, put together a madcap comic overview of the topic, from the Aztecs to entertainer Pitbull. After the show’s Broadway run, Leguizamo has now taken it on tour. 7:30 p.m. $35–$85. The Moore Theatre, downtown, 1932 Second Ave.; 206.682.1414; stgpresents.org 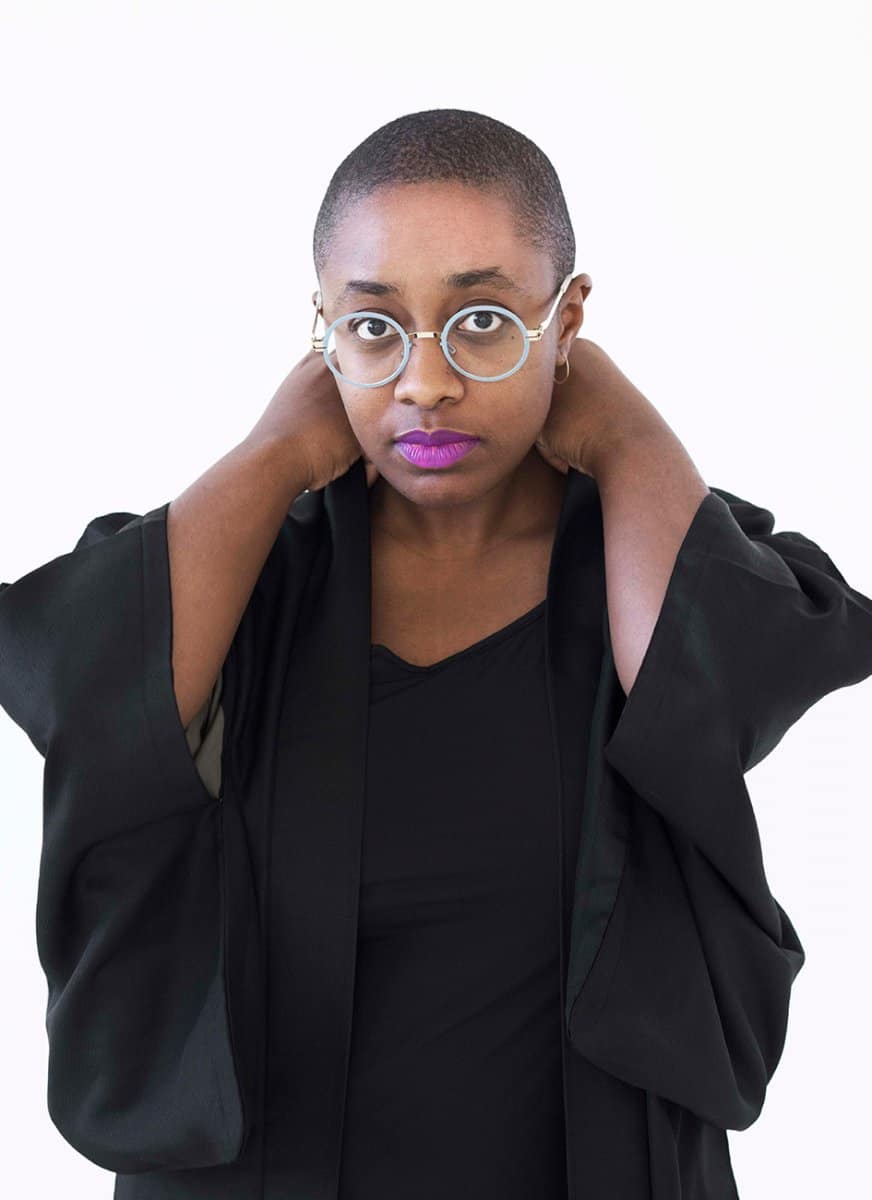 WORDS
Timothy Egan
10/15
In his new book, A Pilgrimage to Eternity: From Canterbury to Rome in Search of a Faith (Viking, October 15, $28), the journalist, columnist and Northwest correspondent for The New York Times takes a journey, both personal and literal, to trace the roots of his Irish Catholic faith and its place in today’s world. Town Hall, First Hill, 1119 Eighth Ave.; 206.652.4255; townhallseattle.org

MUSIC
Garrick Ohlsson
10/1
To show off both his poetry and his power, this pianist—popular in Seattle, granting us practically annual visits—has chosen both delicate and superhumanly taxing pieces by Brahms (a handful of fantasies and a selection from the Variations on a Theme of Paganini) and Chopin (a nocturne and the Sonata No. 3). 7:30 p.m. Ticket prices vary. Meany Center, University of Washington, 4040 George Washington Lane NE; 206.543.4880; meanycenter.org 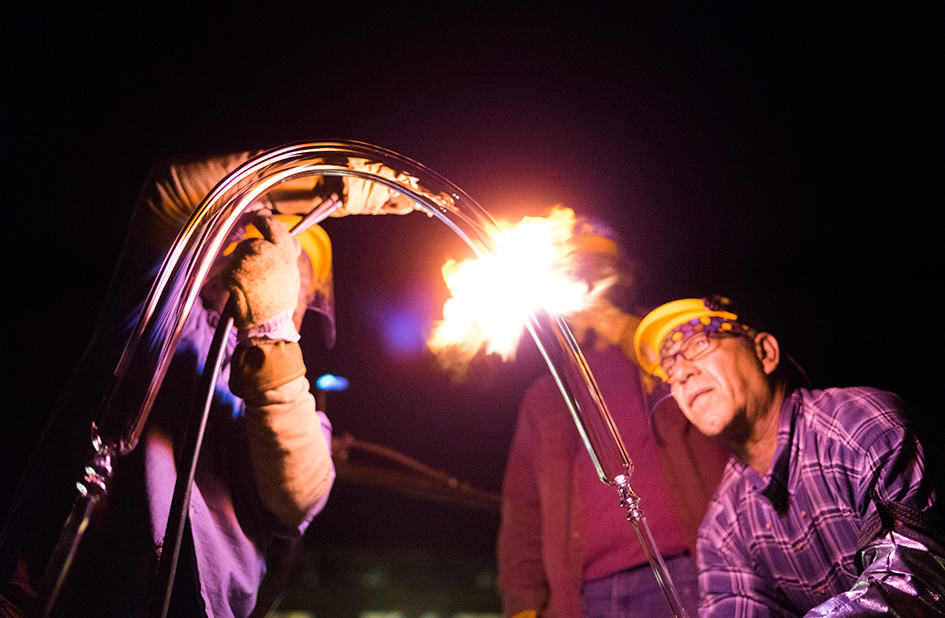 VISUAL ART
Refract: The Seattle Glass Experience
10/17–10/20
It’s been close to 50 years since Pilchuck Glass School opened in Stanwood, in 1971, and made the Northwest a pioneering center of glass art in America. This lavish weekend of celebration includes gallery shows, tours and talks, parties and open studios all over town, at venues that include Chihuly Garden and Glass at Seattle Center, Tacoma Art Museum and Museum of Glass, and Pike Place Market. You can even get a taste of the experience yourself at hands-on glassblowing demos. Times, prices and venues vary. refractseattle.org

COMEDY
Nick Kroll
10/25
Kroll is one of those guys who, one way or another, turns up on Comedy Central about six times a day in stand-up performances, sketch shows, sitcoms and films (especially animated movies, in which you may not recognize his protean voice until you see his name in the credits). His most common and recognizable comic persona is, to be blunt, kind of a douche—which actually was the literal name of his character, an obnoxious radio DJ, on Parks and Recreation. His “Middle-Aged Boy Tour” suggests he’s sticking to the brand. 7:30 p.m. $26.50–$36.50. The Moore Theatre, downtown, 1932 Second Ave.; 206.682.1414; stgpresents.org 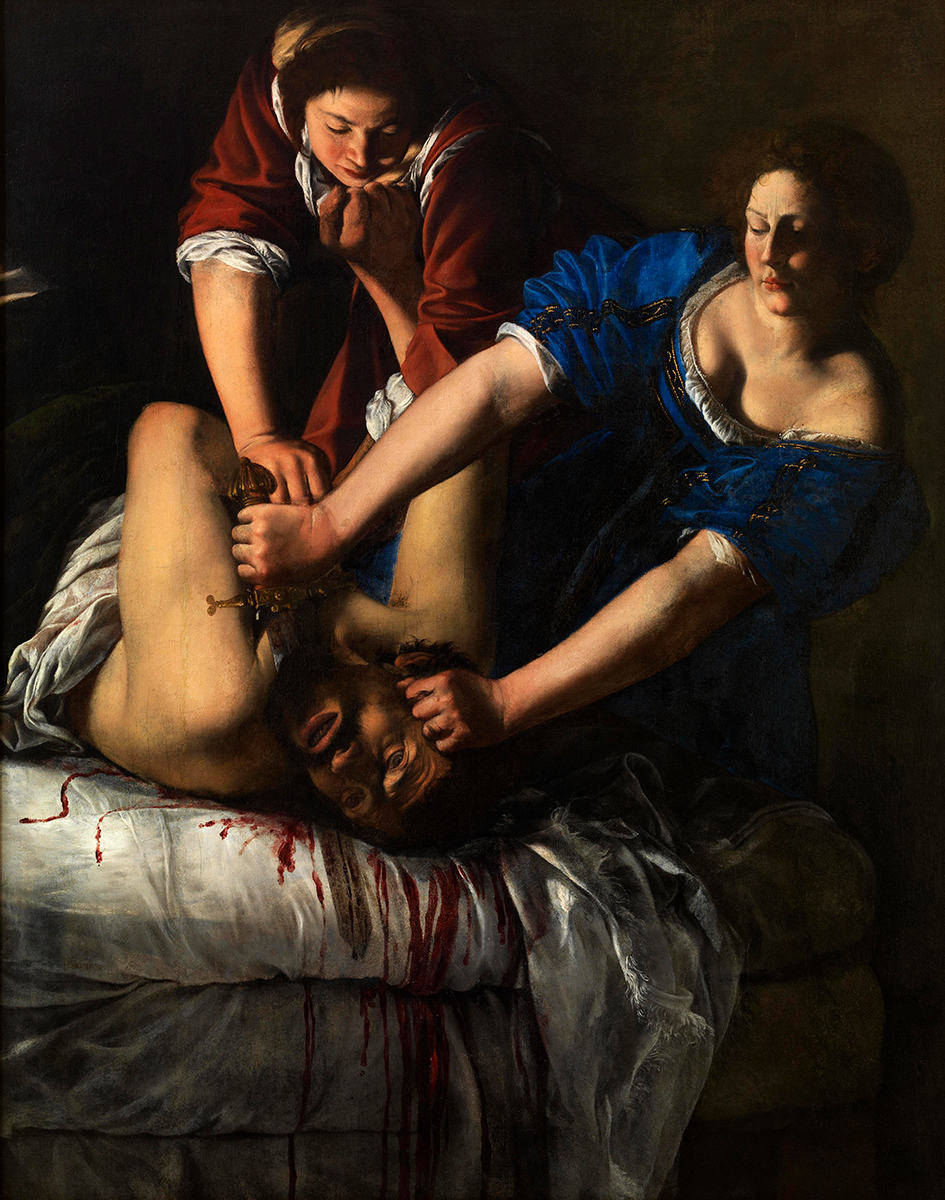 Artemisia Gentileschi’s Judith Beheading Holofernes (1612–1613), is among the famed artworks at SAM starting this month. Courtesy of Seattle Art Museum

VISUAL ART
Flesh and Blood: Italian Masterpieces
10/17–1/26/20
Selections from the holdings of Naples, Italy’s Capodimonte Museum will come to Seattle Art Museum this fall. Included are pieces by painters you probably know (Titian, Raphael) and ones you definitely should know, such as pioneering female artist Artemisia Gentileschi and her throbbingly dramatic works. Seattle Art Museum, downtown, 1300 First Ave.; 206.654.3100; seattleartmuseum.org 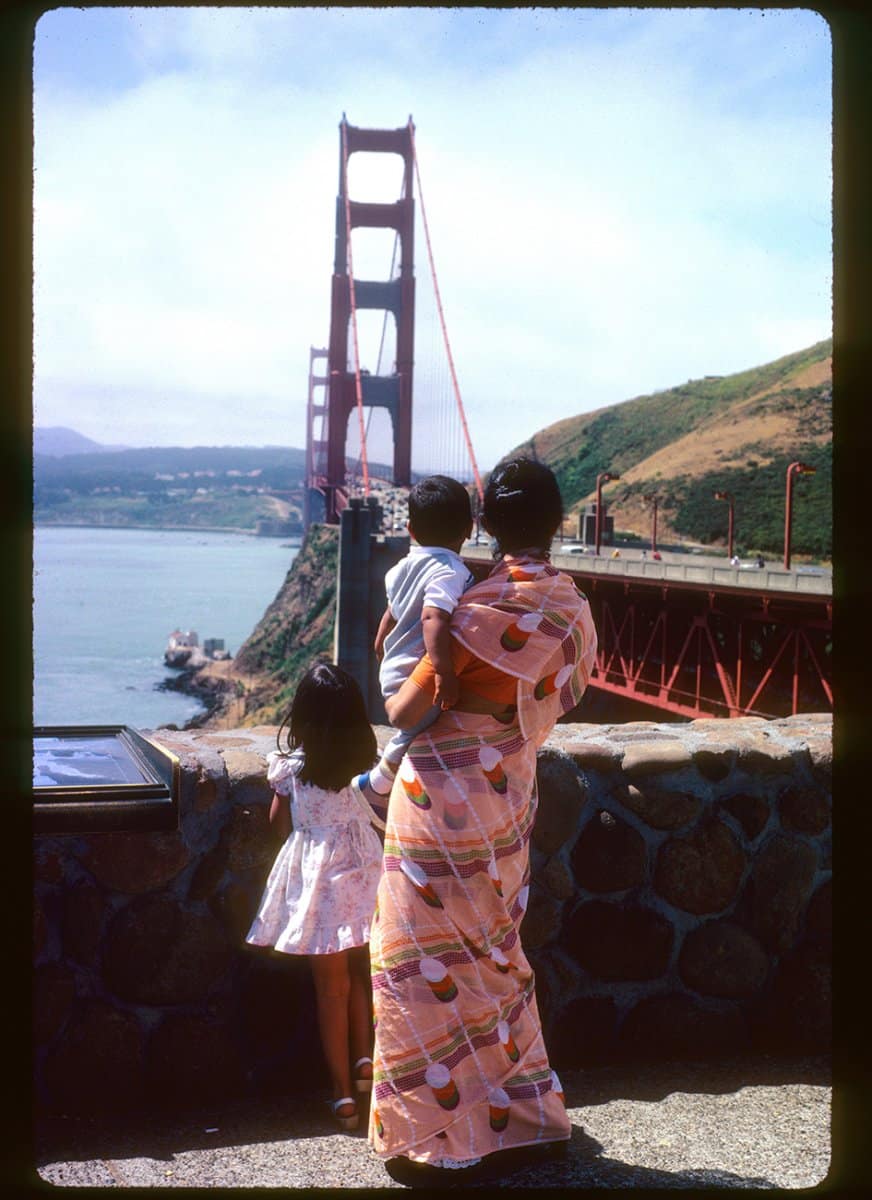 Beyond Bollywood features family photos collected from around the United States, like this one in San Francisco. Photo by Prithvi Sharma

HISTORY
Beyond Bollywood: Indian Americans Shape the Nation
11/2–1/26/2020
While Americans may be familiar with Indian cuisine and the giddy flamboyance of Bollywood, the Museum of History & Industry’s (MOHAI) Beyond Bollywood: Indian Americans Shape the Nation exhibit suggests that we might have a thing or two more to learn, as recent Indian-American contributions to U.S. culture gain visibility and influence in areas like high tech and pop culture (from rom-coms to stand-up). This presentation, curated by the Smithsonian, brings together photography, artifacts and oral histories to spotlight the struggles and successes of immigrants and their descendants both nationwide and locally, going back a century. Among those people were Washington state Army vet Bhagat Singh Thind, whose application for citizenship led to a destructive 1923 Supreme Court decision; and the Sikh farmers who have turned Whatcom County into America’s leading raspberry and blueberry producer. Times and prices vary. Museum of History & Industry (MOHAI), South Lake Union, 860 Terry Ave. N; 206.324.1126; mohai.org

CHORAL MUSIC
Seattle Sings Choral Festival
10/10-10/12
The chief reward of singing in a choir is the fun of gathering to make music as part of a community, so when you gather a bunch of communities together, the fun increases exponentially. That’s the spirit behind the biennial Seattle Sings Choral Festival, which brings together 25 local choirs (from the Sound Singers Japanese choir to the Norwegian Male Chorus of Seattle) for three days of singing. The special guest for Friday’s performances will be University of Southern California professor Morten Lauridsen, a native of Colfax, Washington, whose works are probably the most frequently performed of any living choral composer. Times and prices vary. Seattle First Baptist Church, First Hill, 1111 Harvard Ave.; 206.325.6051; seattlesings.org