This article originally appeared in the October 2021 issue of Seattle Magazine.

The search for the connection between beer drinkers and bicyclists is as winding as the answer, the Burke-Gilman Trail.

Many Seattleites and neighbors around Puget Sound share an aﬃnity for drafting, or cycling behind another cyclist to reduce wind resistance, and drafts. The Burke-Gilman Trail symbolizes the past and present of craft brews in the Puget Sound area.

Pulling up to Fremont Brewing’s Urban Beer Garden on Woodland Park Avenue North and North 34th Street on a Saturday evening, bicycles are locked symmetrically and safely in the ample bike racks outside the tap room. Some drinkers prefer to lean their bikes tableside. A quick glance around the tap room ﬁnds helmets resting on about a third of the picnic tables outside and booths inside. The din of conversation of guests exchanging advice on bicycle gears is intermittently interrupted by sips of beers.

The Burke-Gilman Trail stretches from Golden Gardens in Seattle’s Ballard neighborhood to Blyth Park in Bothell and extends as the Sammamish River Trail to Marymoor Park and its world-class velodrome. It connects numerous craft breweries in the Puget Sound region. Each end of the trail and points along the way are craft beer destinations. The west side has 18 tap rooms and breweries and the Eastside has 16. All are accessible via a comfortable bike ride.

Pike Brewing founder Charles Finkel knows the trail well. He was vice president of sales and marketing at the Chateau Ste. Mi-chelle Winery before opening Pike in 1989 and would regularly make the 15-mile trek from his Windemere home mere blocks from the trail to the winery‘s headquarters in Woodinville.

When his wife, Rose Ann, passed away of Myelodysplastic Syndrome, a rare form of blood cancer, in June 2020, Finkel converted the tandem bicycle that was custom-built by R+E Cycles (Rodriguez Bicycle Co.) in the University District into a single and continues to ride.

Seattle’s craft brew genesis traces to 1981 when Gordon Bowker and Paul Shipman founded Redhook Brewing close to the west trailhead of the Burke-Gilman. By the early 1990s, the craft brew movement was in full eﬀect. Redhook grew from 40,000 barrels produced annually in 1990 to 250,000 barrels in 1994, spurring the move of beer production to Woodinville, the east trailhead of the Burke-Gilman. In the meantime, Hale’s Ales moved from Kirkland to the Fremont-Ballard area in 1995. Alaskan Brewing opened a tap house just west of the Ballard Bridge in the 1990s as well.

A number of other craft breweries opened around Seattle in the late 1980s through the mid-1990s, making Seattle a craft brewing destination. Now that Redhook has moved from both Ballard and Woodinville — currently, its only Seattle location is the Redhook Brewlab on East Pike Street — Stoup Brewing, founded in the Fremont-Ballard neighborhood in 2013, currently embodies the Burke-Gilman connection. Stoup opened a second location in Kenmore in May, taking over the former Seaplane Kitchen & Bar mere yards from the north shore of Lake Washington.

Métier raised more than $20,000 for the Major Taylor Project, the after-school youth empowerment through cycling program named after African-American cyclist Marshall “Major” Taylor. In addition, it raised $3,000 for adaptive bicycling equipment for children with special needs. “Our mission for the brewery is to brew damn good beer and inspire dreams for all,” says Dreux Dillingham, Métier Brewing general manager.

Andrew Bieber is on the board of directors of Flying Bike Cooperative Brewery, the ﬁrst co-op owned and managed craft brewery in Washington; it’s currently over 2,300 members strong. “The idea of a co-op brewery is as absurd as a ﬂying bike,” Bieber explains of the brewery’s curious name.

Bieber also leads beer corporate and virtual events under his own business, The Cycling Certiﬁed Cicerone, and is the records manager at Dirty Couch Brewing in Magnolia. Before the pandemic, he led the Tour de Pints during Seattle Beer Week every May, a social bike ride through local breweries. He plans to reinstate the tour with stops at Peddler Brewing, Flying Bike, Burke-Gilman Brewing, Rooftop Brewing and Dirty Couch.

“When you ride 30 miles to the brewery and are exhausted, there’s nothing more satisfying than a nice cold beer,” Bieber says.

For more hungry bike riders and beer drinkers, the Burke-Gilman Brewing along the Laurelhurst stretch of the trail is conveniently sandwiched between Great State Burger and the El Camion taco truck. Cairn Brewing, on the northern tip of the Burke-Gilman Trail in Kenmore, shuﬄes rotating taps and food trucks.

Chainline Brewing founder Scott Holm was the mechanic for professional endurance mountain cyclist Josh Tostado and also worked in retail bike shops before devoting himself to craft brews full time. He founded Chainline in Kirkland in 2014.

“If I am going to do this, I am going to do it for real, make a real business out of it,” Holm recalls about jumping to full-time brewer. “I don’t know many businesses where you can do it part time.”

Cycling, however, remains integral to Holm and his business. When he was searching for a brewery location, he was deter-mined to make it a place accessible by bike, eventually settling on its current location in a former Kirkland train depot.

Haley Keller, a former math teacher at Lake Washington High School, and her husband, Dave, a retired Boeing engineer, invested their life savings to start Peddler Brewing in Ballard. A GoFundMe campaign with a goal of raising $5,000 netted more than $18,000 and Peddler was born in 2012. Dave has been biking to work ever since.

Guests arriving at Peddler, just west of the Ballard Bridge, are greeted by a long bike rack. The annual Seattle Night Ride begins and ends there. Peddler also hosts the closing party to Bike Everywhere Month in May. Furthermore, it oﬀers $1 oﬀ pints to Cascade Bicycle Club members.

“Our whole thing is it’s a social, fun activity to attract new members and get them hooked into cycling,” says Cascade Bicycle Club rides and community engagement director David Douglas. “You don’t have to be a world class athlete to participate.” 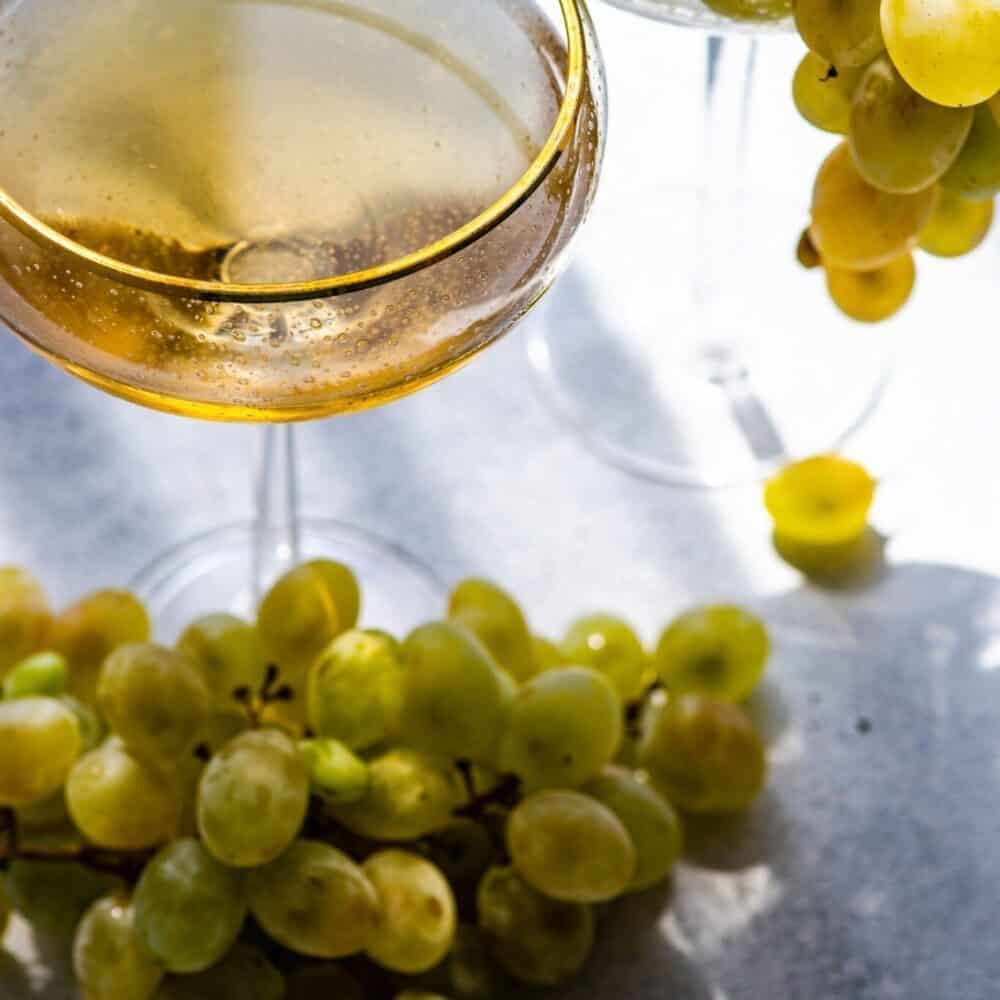 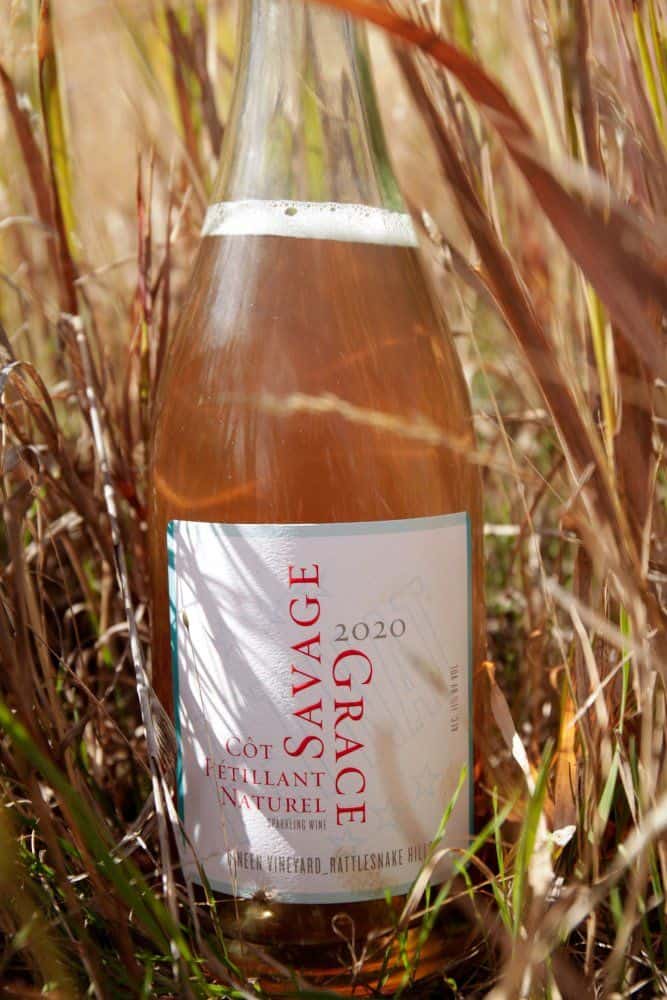