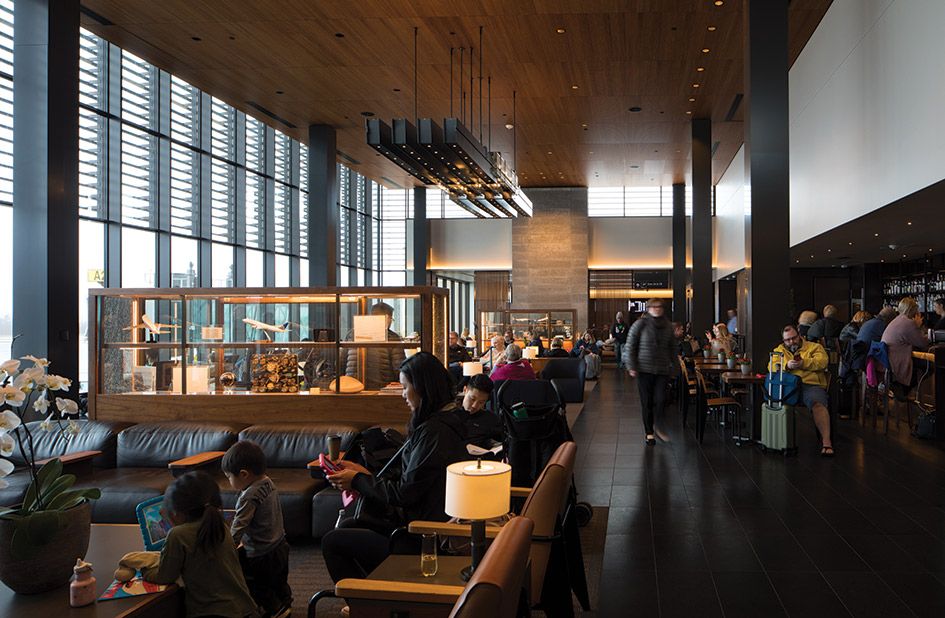 Everett has long had a reputation as a bedroom community for Seattle commuters, but there is nothing sleepy about this neighboring city, which now finds itself in the midst of a revival. New apartment buildings, restaurants and nightlife options, along with a shiny new passenger terminal at Paine Field and the addition of commercial flights, are among the growing number of reasons to settle down in this former mill town—especially for those looking to stretch their dollars on the home front while prioritizing travel.

This city of about 111,000 is located less than an hour’s drive north of Seattle and offers abundant options for fast getaways. With minimal planning, you can quickly escape to Canada (get to Vancouver, British Columbia, in less than three hours), the San Juan Islands (the Anacortes ferry terminal is about an hour’s drive from Everett) and nearly a dozen major western cities, thanks to those new commercial flights.

“I was flying out on a Tuesday, left my office at 7:05 for a 7:55 flight, and still had to wait in the airport 20 minutes before boarding,” says Casey Price, a broker with Windermere Real Estate Everett South. The impact of Paine Field’s new passenger terminal, open since March 2019, on the local housing market has yet to be seen, but Price says those who already live in Everett are “ecstatic” with the airport’s short security lines, lack of traffic and upscale lounge vibe. (The sleek, modern waiting area is anchored by two stone-framed fireplaces and filled with leather chairs and couches.) For travel-focused home buyers who have been priced out of Seattle, Everett offers options for securing a home base with the square footage of an actual house, rather than settling for a condo or townhome, and a smaller mortgage could mean a larger travel fund.

“North Everett has really gorgeous, restored older homes,” says Danielle Lothrop, a Seattle native who moved to Everett with her husband in 2012, in part for the promise of a sizable yard. “It’s probably one of the only places where you can get a water view for under a million dollars.” Along with finding a home with ample yard space, Lothrop says, it was the discovery of the perfect downtown commercial space that really helped her and her husband carve out their place in the city. In 2017, the couple opened Toggle’s Bottle Shop, a curated craft beer bottle shop and taproom, in a charming 1910 brick building. The Lothrops aren’t alone in their efforts to bring life to downtown Everett. A few blocks from Toggle’s, you’ll find the massive, colorful figurines that mark the Funko storefront, a company known for its big-eyed bobbleheads; it moved its headquarters from South Everett to the heart of the city in 2017. Also located downtown are cafés such as Narrative Coffee, which Food & Wine magazine named as one of the best coffee shops in the U.S. in 2019; and new restaurants, such as Capers and Olives, which specializes in fresh pastas and other Italian staples. The view of the Port of Everett Marina and Possession Bay beyond it—best absorbed from Everett’s hilltop Grand Avenue Park—takes on added mystique at dusk, thanks to eerie bugle calls emanating from Naval Station Everett. This area is another part of town on the upswing, with commercial developments springing up and a footbridge slated to open later this year that will connect the marina with residential Northwest Everett. Currently, this neighborhood, peppered with charming historic homes and a fair number of fixer-uppers, is separated from the waterfront by major roadways, train tracks and a steep incline. With all these changes underway simultaneously, Everett’s identity is sure to keep evolving for years to come. Boats in the Port of Everett.