The Best Wines from The Rocks AVA

This article originally appeared in the February 2015 issue of Seattle Magazine. 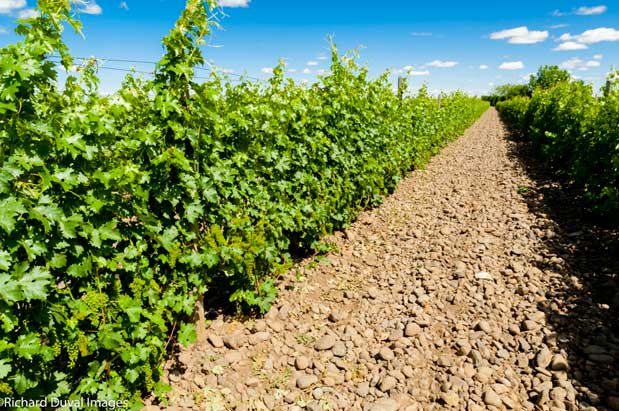 “Rocks! Rocks!” declares the December 1906 issue of Up-To-The-Times, Walla Walla’s magazine of record until 1930. “The best and largest strawberries grow in among these rocks, and such berries, too, as can’t be raised in the East. The fruit trees are growing here in abundance. The luscious clusters of grapes are still on the vine, unhurt, as yet, by frost, and this is October.”

As long as farmers have worked the earth in the Walla Walla Valley, they’ve known of The Rocks, a special patch of soil outside the town of Milton-Freewater, just over the Washington border in Oregon. Now, more than a century after that issue of Up-To-The-Times, The Rocks area is set to receive official federal recognition: The Rocks District of Milton-Freewater American Viticultural Area (AVA) is broadly expected to be approved in 2015 and immediately enters the conversation about the most prestigious AVAs in the Pacific Northwest. The only two red wines from the Northwest ever to receive 98-point reviews from Wine Spectator come from The Rocks, as do nearly half of all the Northwest reds to receive Wine Spectator reviews of 96 points or better. (The majority of those wines come from Christophe Baron’s Cayuse Vineyards, the pioneer and unquestioned standard-bearer for this region.)

Indeed, the prestige of a wine is becoming more about the microlocality of the AVA of origin—plots of land recognized as giving unique characteristics to wines made from grapes grown in those specific areas. The smaller the AVA, the greater the likelihood of achieving that prestige.

At first glance, an area like The Rocks looks inhospitable to agriculture of any kind. Cobblestones dominate the landscape; smooth, round rocks formerly situated at the bottom of the Walla Walla River and now covering any tilled vineyard or orchard in the area. But, in fact, this type of soil is prized for winemaking. Kevin Pogue, a geology professor at Whitman College who agreed to author the AVA petition under the condition that its boundaries would be controlled strictly by terroir, explains: “Compared to other Columbia Basin vineyards, [The Rocks] are better drained (encourages deep rooting) and…transmit heat into the ground more efficiently, so the soils warm faster, and the exposed surface rocks radiate heat to grape clusters.”

In addition to this soil type being favorable for growing grapes, wines from The Rocks just taste different (and some say better) than wines grown in any other place. Syrah, widely planted in The Rocks, is known to be especially expressive here, with a signature variously described as funky, earthy, umami, meaty, bloody, savory and briny. Fruity is never the first adjective used. Its flavor profile is not for everyone, but its devotees are steadfast in their adoration of The Rocks’ “funk.”

One of the most exciting trends in Northwest wine today is the “democratization” of The Rocks. After a decade of only being able to source wines from The Rocks via high-end wineries with closed mailing lists (Cayuse, Reynvaan), consumers have in recent years gained access to a bevy of new wines from Rocks vineyards, as a host of valley wineries are now producing the kind of funky yet beautiful Syrahs that can only come from this singular patch of land.

Paul’s Picks for Syrahs from The Rocks

Two Vintners 2012 some days are stones Syrah, Stoney Vine Vineyard ($40)
Woodinville winemaker Morgan Lee gets fruit from a 2007-planted vineyard owned by Dusted Valley. “I love funk,” Lee says, “and there is no funk like Rocks funk.” There is huge meatiness here—smoked ham hock, bacon fat—lifted by beautiful floral notes. Blueberry fruit and black olive brine make appearances as well. PAIRS WITH: Seared pork belly, perhaps on a bed of frisée, if you’re behaving yourself.

Proper Estate 2012 Syrah ($42)
Walla Walla–based Proper’s estate vineyard was also planted in 2007. After a breakout inaugural vintage in 2010, the vineyard suffered enough serious frost damage to prohibit the winery from releasing a 2011 vintage from the estate site. This 2012 vintage is a good reminder of what all the initial fuss was about. Made by Rotie Cellars winemaker Sean Boyd, the wine does contain lovely streaks of pure marionberry and boysenberry fruit, but who cares about the fruit? The savories (and they are legion) include briny green olives and a full plate of smoky salumi, lifted by notes of wildflowers and herbs to keep things fresh. PAIRS WITH: A lamb burger, cooked just to medium and topped with feta, tzatziki and crisp pickled radishes.

Saviah 2011 The Stones Speak Syrah, Funk Estate Vineyard ($55)
Two blocks south or two blocks east of Saviah winemaker Richard Funk’s estate vineyard and you’re into the town of Milton-Freewater. Nevertheless, this site sits squarely in The Rocks, which is immediately evident on first sniff of this Syrah, with its boysenberry fruit overlaid with briny olives and floral notes. Silky and smoky in turns, this is a balanced, funky mouthful of Rocks fruit. PAIRS WITH: Roasted morcilla, the naughty-good Spanish sausage made from pig’s blood, rice, onion and a whole mess of spices.

Delmas Estate 2012 Syrah ($65)
Steve Robertson, who owns (with his wife, Mary) Delmas in Walla Walla and its estate SJR Vineyard, is broadly credited with spearheading the AVA approval campaign, building a remarkable level of consensus among a broad range of stakeholders. This wine, which includes 7.5 percent cofermented Viognier, reveals an only-in–The Rocks core of grilled meat, truffle, black olive, black pepper and, oh yeah, some lovely blue fruit as well. PAIRS WITH: Carnitas, braised in equal parts water and freshly squeezed orange juice (and don’t forget the garlic) until spoon tender, then shredded and cooked until brown with a splash of good brandy. Note: Just a few 2012 bottles are in circulation, but the 2013 vintage will be released in July 2015.

Cayuse Vineyards 2011 Syrah, Cailloux Vineyard ($80)
This is a difficult wine to find, and your best bet is to order it off a restaurant wine list (where it will more than likely be priced at $100). If you do, prepare to be rewarded with the wine that caused all this Rocks excitement in the first place. Christophe Baron is a vigneron of the highest degree, a meticulous farmer who coaxes pristine fruit from this corner of the Walla Walla Valley. What is beautiful about this insistently earthy Syrah is that it is co-fermented with a 5 percent splash of Viognier, adding lift and a haunting inner-mouth perfume. It hums across the palate with pitch-perfect cool-vintage acidity. PAIRS WITH: French-style leg of lamb studded with thyme, bay leaf and garlic, roasted in a blistering hot oven until it achieves medium-rare perfection.

UPDATE: The Rocks AVA is slated for approval on Monday, February 9.