By Edited and Condensed by Rob Smith

This article originally appeared in the March 2021 issue of Seattle Magazine. 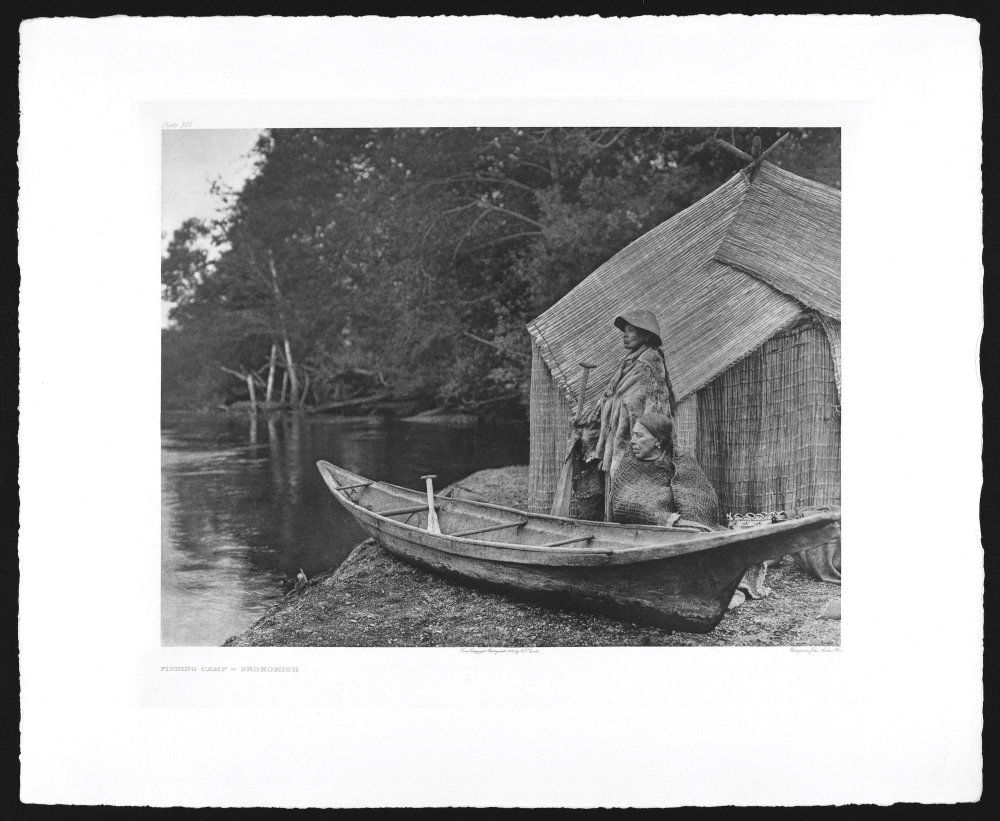 To say that David Williams enjoys discovering the undiscovered is an understatement.

Williams’ latest book, Homewaters, skillfully explores the ecological complexities of the Puget Sound region, including the Coast Salish Indigenous peoples who lived along the Sound.

The book focuses on the area south of Port Townsend and between the Cascade and Olympic mountains, exploring the more than 250 species of fish and 150-year-old clams that make up the terrestrial ecosystem.

Williams, a self-described geology writer, has written numerous books, including the award-winning Too High and Too Steep: Reshaping Seattle’s Topography, and Seattle Walks: Discovering History and Nature in the City. Homewaters will be published in April by University of Washington Press. Cost is $29.95.

Here is an excerpt:

According to one of the traditional sayings associated with Coast Salish people, “When the tide is out, the table is set.” But it still took experience to be able to fill the plates, says Rosa Hunter of the Jamestown S’Klallam tribe. “When the tide is out, you don’t just grab what’s sitting on the surface. Assume they are dead. Clams are supposed to be dug.” No clam in Puget Sound is more challenging to dig than the region’s most famous, the geoduck [pronounced “gooey-duck.”]

Called the “prince of clams” by an anonymous New York Times writer in 1883, the geoduck is the largest burrowing clam in the world, native only to the west coast of North America. The biggest can have nine-inch-long shells and weigh up to twenty pounds, though most top out at around eight pounds. They are some
of Puget Sound’s longest-lived marine residents, with ancient geoducks pushing two hundred years old.

They survive in part because they live out of reach of most predators, buried in soft sediment. As juveniles, they burrow down by sucking water in through a channel in their siphon and blasting it out the opposite end. This liquefies and displaces the sediment below them and allows them to pull themselves into this soft ground with their foot, or ambulatory muscle. There, two to three feet beneath the surface, they stay for the rest of their long lives. To eat, geoducks extend their muscular siphon up through the sediment into the water and filter feed on phytoplankton. They expel waste through a second channel in the “neck” (the wrinkled, flexible, beige to brown siphon.] When alarmed, a geoduck can quickly retract its neck, often ejecting a spout of water, though the shell can never close fully over the siphon. This buried lifestyle provided the clam’s common name, from the Lushootseed word gwídəq, meaning “dig deep.” The scientific name, Panopea generosa, translates roughly to “big and all-seeing.”

Buried deep, the big bivalves are mostly out of sight of people and predators. Geoducks make an appearance — if you consider poking a pig-snout-like siphon tip out of the sediment an appearance — only at very low tides, which generally occur at night in winter and during the day in summer. [WDFW publishes a guide to when tides are good for digging geoducks; a typical year has about twenty-five good clamming days, all between May and August.] To obtain the dig-deep clams, harvesters had to know the right times; to persevere in digging when the siphon kept withdrawing out of reach; and to be willing to extend an arm, and sometimes more, into cold, mucky water.

A successful geoduck hunter extracted a savory length of meat
“highly satisfactory to the daintiest epicure” and “suitable food for very good men of scientific proclivities,” according to R. E. C. Stearns, who visited Olympia in June 1882. Whether Stearns thought that lesser people would savor what he called the “boss clam of North America” is unclear. His close friend and fellow conchologist Henry Hemphill, who ate geoduck in 1881, considered them the “most delicious of any bivalves I have ever eaten, not excepting the best oysters,” though he cautioned that the flesh was “too rich to permit of regular stuffing or gormandizing.”

For those who didn’t want to go to the trouble of obtaining the inimitable geoduck, another tempting option was the two-inch-long, tear-drop-shaped Olympia oyster [Ostrea lurida], colloquially called an “Oly.”  Found only on the west coast of North America and arguably at their most abundant in Willapa Bay on the outer Washington coast, and in the South Sound, these bivalves were far easier to gather. Olys accumulated in great beds, or reefs, in the miles of tide flats in the Sound and Willapa Bay. At high tide, when they were submerged, they could be harvested by using long tongs. At low tide, procuring your next meal was as simple as walking across a beach, though you still had the challenge of extracting the meat from the shell.

Oysters are one of the few animals that people eat when their meal is still alive. To do so requires prying open, or shucking, the shell. When European settlers arrived, they brought with them thin-bladed but stout knives that made this task easier. Native people could have broken the end opposite the hinge, called the bill, inserted another shell and either forced apart the oyster’s two shells or sliced the muscle that held them shut. It’s doubtful whether they did. Ethnographic studies in Puget Sound confirm that no one ate oysters or any other shellfish raw, except perhaps barnacles. Instead the Indigenous residents boiled or steamed oysters, often with clams, cooking them on hot rocks layered in a pit and covered with maple leaves, cedar boughs, and a mat. Other groups preserved oysters for winter consumption by smoking them and stringing them on buckskin or sticks.

Well known for its coppery flavor, the Olympia oyster barely makes a mouthful: the meat of an individual oyster weighs about 1.8 grams, or a bit less than a dime, and filling a gallon container with the meat requires harvesting 1,600 to 2,000 individual oysters. But when you eat one, you have a food that “judges of the article, have pronounced as the sweetest, and best flavored, that they ever tasted.”

Clearly the Coast Salish people living in Puget Sound have appreciated the metallic-tasting morsels for thousands of years. In 1899, the archaeologist Harlan Smith of the Jesup North Pacific Expedition documented dozens of shell heaps in the Sound. One of these middens stretched for half a mile and rose more than ten feet high. When Smith excavated a handful of the shell piles, he found oysters in each one, along with species such as mussels, sand dollars, giant Pacific sea scallops, and Pacific littleneck clams. A more recent study, from 1993, noted that more than half of the midden sites in the South Sound included oysters, making it more widely distributed than any other mollusk.

Olympia oysters were still important to Indigenous people when European settlers arrived in the Olympia area and began taking an interest in the mollusks. One person mentioned in the early writings was Dick Jackson of the Squaxin Island tribe, whose descendant Tyler Johns is the operations manager for the tribe’s commercial shellfish business.

“We’ve been doing this forever, and that history inspires me,” says Tyler. “Olympia oysters are very sensitive and really hard to keep alive, but I don’t want to see them disappear. I want to do what’s best for my tribe, and Olympia oysters are part of that.”

Summer is lavender season in Sequim. Get to know the truth about this popular herb.