Backstory: Why Some Seattle Hatch Covers Are Adorned with Street Art 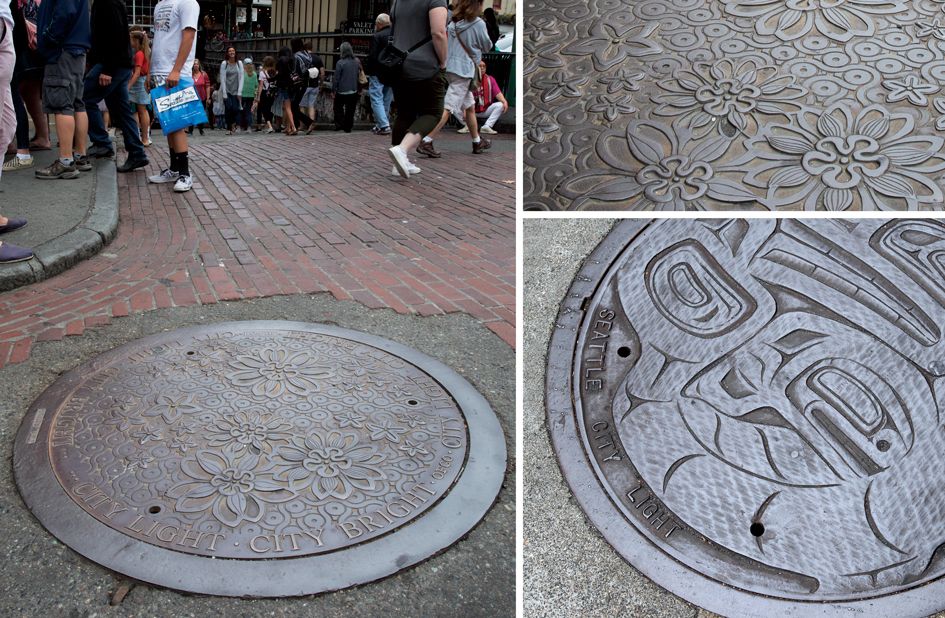 The Backstory: If you walk through downtown or Seattle Center with your head in the clouds or your nose in your phone, you’re missing out: You just might have stepped on a piece of street art. But pay attention and you may see Garth Edwards’ abstract folk-art-style figures staring back at you. Or perhaps you’ll glimpse Anne Knight’s relief map of Seattle or catch Alaskan Native artist Nathan Jackson’s intertwining Tlingit whales. All are images depicted on hatch covers across the city. (You may also know them as manhole covers.)

The idea for the project began in the 1950s when Jacquetta Blanchett, then Seattle’s art commissioner, traveled to Florence, Italy, where she was inspired by the ornate hatch covers that decorated the streets. Blanchett made a private donation to kickstart the project in 1975 with 13 covers, each depicting a relief map of the city designed by local artist Knight; additional donors paid for six more covers. Knight’s 3-D map highlights the unique topography of Seattle as well as 13 landmarks (look carefully for the little stainless steel raised pin that indicates “you are here”). Not all of Blanchett’s 19 have survived city development.

A year later, the city commissioned Jackson to create another design. His intertwining whales are seen on 32 hatch covers—the most for a single artist. Today, more than 100 covers on our city streets feature designs by seven artists. So, next time you’re out and about, be sure to watch your step.