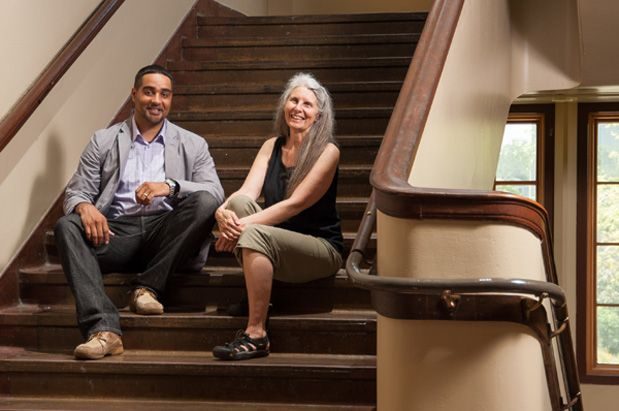 For students, the start of a new school year can feel like a blank slate, a chance to begin anew. This year, however, Seattle students (along with their parents and teachers) can be forgiven for experiencing a strong sense of déjà vu—the raging debate over standardized testing that dominated the 2012–2013 school year may have shifted focus, but it’s not going away anytime soon.

For those who don’t have little scholars stressing over the test at home, here’s a quick review. In the 2009–10 school year, Seattle Public Schools adopted the Measures of Academic Progress (MAP) test, which measures reading and math skills and serves as a way to track student, teacher and school progress. It is the latest in a string of controversial standardized tests that came into vogue as part of President George W. Bush’s “No Child Left Behind” program, which also includes the much maligned Washington Assessment of Student Learning (WASL). The WASL is a broad skills assessment tool for grades 3 through 8 and was replaced by the Measurements of Student Progress (MSP) test in the spring of 2010. In addition to the challenges about the effectiveness and necessity of the MAP, the circumstances under which Seattle Public Schools adopted the test have been criticized: It was introduced during former superintendent Maria Goodloe-Johnson’s tenure while she sat on the board of the Northwest Evaluation Association, which developed and owns the test.

In January, grumbling and sporadic protests came to a head, when teachers at Garfield High School held a press conference to announce their unanimous vote to boycott the MAP. Obligated by their contracts to administer the test, the Garfield teachers risked disciplinary action or suspension. They were backed by many students and students’ parents. Half the teachers at Ballard High School, many at The Center School and the majority at Chief Sealth International High School and Orca K-8 School followed suit. The boycott received both state and national attention as a litmus test for testing around the country.

“It didn’t surprise me at all about the support,” says Phil Sherburne, president of Garfield High’s PTSA. “As parents, we have the same level of frustration. We already have adequate testing in place to evaluate how our kids are performing.”

To address the frustration and concerns of all involved, Seattle Public Schools Superintendent Jose Banda created a task force of teachers, principals, parents and community leaders to explore the test and how it’s used. Meanwhile, as the spring round of testing approached in April—the MAP is administered three times a year—teachers at Ingraham High School and Thornton Creek Elementary joined the boycott, bringing the number of schools opting out of the test to seven, with teachers at both Roosevelt and Franklin high schools stating that they, too, would boycott the test if it was administered during the upcoming school year.

But what exactly was it about Garfield High that made it the flashpoint for the MAP boycott?

“Garfield High has a long history of activism,” says Jesse Hagopian, a history teacher and graduate of Garfield, who was instrumental in leading the boycott against the MAP testing. “Martin Luther King Jr., in his only visit to Seattle, chose to speak here. We also have a tradition of nurturing the whole child. We have one of the best jazz programs in the country. We have great drama and art departments. Garfield has always realized that education is more than a single data point.”

The school does indeed embrace activism. In fact, in November 2011, about 400 Garfield students walked out of class to protest state cuts in education and support Hagopian, who had been arrested for staging a protest at the state Capitol building in Olympia.

In addition to its activist history, Garfield’s diverse socio-economic mix of students is also a factor in its strong objection to MAP testing. “Living inside a school with the kind of income disparity that Garfield has in its student body is an education in itself,” says Mallory Clarke, a reading teacher at Garfield, who was part of the boycott. “None of us has any misconceptions about the ‘system’ being fair and therefore sacred. Several of us had done things to resist the test in the past: simply and quietly not walking students to the testing lab, writing and meeting with the district or school board, or interviewing students and posting the interviews.”

That income disparity comes into play for students who do not have the Internet or a computer in their homes. Not only are these students at a disadvantage when taking the test, which is administered via computer, but they also lose out on computer lab and library time for several weeks each year while the MAP ties up those facilities.

In May, the administration decided that, based on the recommendations of the task force, Seattle high schools would not have to administer the MAP. However, the test will still be given to elementary and middle school students. Superintendent Banda stated that a new, ongoing working group would be created to monitor assessments and work on recommendations for the 2014–15 school year and beyond. “There was opportunity here, and we hope to continue to have these conversations,” Banda says. “We’re listening to them and we’re doing our best to support them in carrying out the work that needs to happen.”

A sense of victory swept through Garfield. “When we got word that the superintendent had relented and acknowledged that this test was wrong for our students, there was a moment of pure elation,” Hagopian says. “There were high fives and fist pumps in the hallway between teachers and students.”

However, there are still questions. “It’s recognition of our professional power, but I fear it was not an acknowledgement of the rightness of our arguments,” Clarke says. “They have yet to answer any of our criticisms of the test. They told us it was invalid, but they are still willing to use the MAP at the elementary and middle school level. The Department of Education says the MAP has no value. Still, they are willing to spend money on it when we are hurting so badly for funds.”

What ultimately is to be gained by tests like the MAP is an important question. Much of the controversy has centered on how the results are being used to assess schools, students and teachers.

What makes the MAP different from most other standardized tests used by Seattle Public Schools is that, unlike an end-of-year state assessment, it doesn’t evaluate based on the curriculum taught at a specific grade level. “It’s assessing what students actually know in basic reading and math skills,” explains Clover Codd, executive director of Strategic Planning and Partnerships for Seattle Public Schools. “It allows us to inform intervention and accelerated learning for certain students.” However, teachers object to being evaluated on material they have not been asked to teach, and students and parents would rather see class time and school resources focused elsewhere.

“When we identify the kids who are not performing, we need to figure out the optimum way to use our resources to help them progress,” Sherburne says. “That’s not about more testing. That’s about figuring out a learning style and how you motivate these kids to learn.”

On the surface, it could appear self-serving for teachers to boycott a test that not only evaluates their students’ performance, but also their own teaching performance. “There is this theory out there that the teachers aren’t trying or aren’t capable,” says Sherburne. “That we just need to identify those teachers at the bottom and punish them, and things will get better. We parents are having discussions with the administration at Garfield about creating a more efficient evaluation process that teachers will respect.”

While Codd admits that MAP assessment is used for teacher evaluation, she notes its results are not used to make critical decisions. “It’s considered by teachers to be more high-stakes because it is part of a comprehensive way of evaluating teachers,” she explains. “We don’t actually weight it, but we look at student growth and student performance over time as one indicator of teacher effectiveness. We don’t make high-stakes decisions based on it. In general, across the country the focus is on whether we use or don’t use student growth in teacher evaluation. I think our context is very different here in Seattle as compared to other districts that weight it at 30 to 40 percent of the teacher’s evaluation. We don’t do that.”

The fight rages on to scrap the MAP. “They want to continue this flawed test at the elementary and middle school levels,” Hagopian says. “The middle and elementary schools came to our aid, and we will come to their aid. The key to victory is solidarity among parents, students and teachers.”