Has the PNW Become the ‘Silicon Valley of Space’?

On the 50th anniversary of the moon landing, Knute Berger wonders where our space dreams will take us next 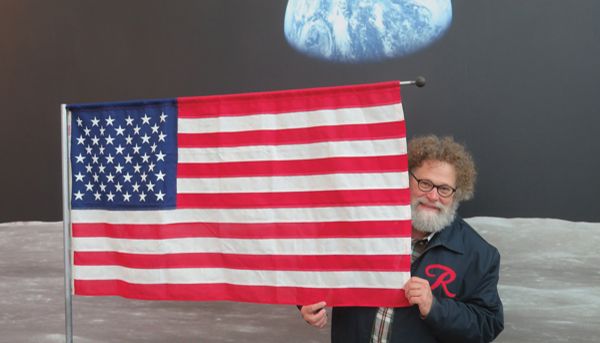 When I was in my early teens in the mid-1960s, I joined the Space Age. I had saved $42 in a glass piggy bank from my Seattle Post-Intelligencer paper route and I invested it in my first stock purchase: six shares of the Rocket Research Corporation, a start-up in South Park that later moved to Redmond. It was launched by three former Boeing employees who figured out a way to make small rockets that could help nudge satellites and spacecraft into position.

Like many of my generation, I had seen space launches on TV in the early mornings before school. I touched John Glenn’s space capsule, Friendship 7, the first American manned space vessel to orbit the earth, when it came to the Seattle World’s Fair in 1962. It was the equivalent of a Space Age holy relic.

All of that came back to me when I visited The Museum of Flight’s “Destination Moon” exhibit (through September 2), which features the incredible story and artifacts related to Apollo 11, the mission that landed the first humans on the moon 50 years ago this summer. Most of the exhibit’s artifacts, which include Apollo 11’s command module, Columbia, were assembled by the Smithsonian.

As you enter the exhibit, there are displays featuring objects that offer a local angle, like the lunar rover assembled by Boeing in Kent. There’s also a display about Rocket Research, now part of Aerojet Rocketdyne, and its contributions to pioneering space missions like Viking and Voyager.

For many of us who came of age in the 1960s, such accomplishments feel personal. We were among the estimated 600 million worldwide who watched in awe as the moon landing was televised. Our expectations for the future were set: Soon, there’d be a colony on the moon, then on Mars.

A good pal of mine, Kenan Block, was a child space enthusiast. “I got the bug,” he says. When he was in his early teens, he saw an ad for Pan Am airline that compared its pioneering ways to going to the moon. A precocious lad, Block called Pan Am and asked for a reservation on its first flight to the moon. He soon received a letter saying he was “wait-listed.”

Subsequently, the airline formed the “First Moon Flights” Club and issued membership cards to would-be passengers. Block says he received card number 3 out of some 93,000 that were issued. Unfortunately, Pan Am folded before it could fulfill such dreams.

In the exhibit, there’s a haunting image of astronaut Eugene Cernan’s moon boots, the last to walk on the lunar surface—in 1972. If Neil Armstrong’s footprint is a glorious icon of achievement, Cernan’s boots are a bittersweet reminder that the last half century has left many of our aging hearts still on the waiting list.

Seattle writer Sam Howe Verhovek, a self-described “space geek and flight geek,” was assigned by National Geographic to write its July issue feature on the legacy of the Apollo program. As part of his research, he globe-trotted to talk with astronauts and cosmonauts, and to witness the current generation of space launches.

His story outlines the complexity of figuring out what’s next and points out the irony of the Apollo program: Its most compelling symbol was not the promise of space colonization but the iconic big blue marble photograph of Earth, which, he told me, “caused us to look at our home and want to do a better job of taking care of it. But then, there’s climate change….”

Living off the earth is a huge challenge for human bodies, he told me, pointing to sun and radiation exposure, zero gravity, physiological changes, isolation and hostile environments. For us, there is literally no place like home—yet.

Still, there are many in the Seattle area who are intrigued by the challenge. Saadia Pekkanen, a professor at the University of Washington’s Henry M. Jackson School of International Studies and an expert in space policy, has called the Pacific Northwest the “Silicon Valley of space.” The private sector is taking the lead in making space travel and innovation affordable, from Jeff Bezos (Blue Origin) to the late Paul Allen (Stratolaunch) to Elon Musk (SpaceX) and Boeing (Starliner).

If colonization of the solar system is far off, some possibilities are closer. Space tourism will zip passengers to the edge of space about 62 miles up—roughly the distance from Seattle to Olympia. The efforts of the private sector might eventually get us back into space—to the moon and beyond.

Seattle-area resident Astrid Anderson Bear, wife of author Greg Bear and daughter of science fiction author Poul Anderson, has witnessed Apollo and other launches. “Some folks feel that the moon is a dead end and want to concentrate on Mars and beyond, but the biological problems alone for people spending extended time in microgravity need to be solved before that can happen,” she says. “The solutions generated by solving the problems associated with returns to and stays on the moon will help with the general effort of being in space. And who doesn’t want to spend time at a low-g resort…?”

I doubt Neil Armstrong imagined his “giant leap for mankind” would be a precursor to glamping on the moon, but that just might be the next step.