What the Seattle Mariners Need Now 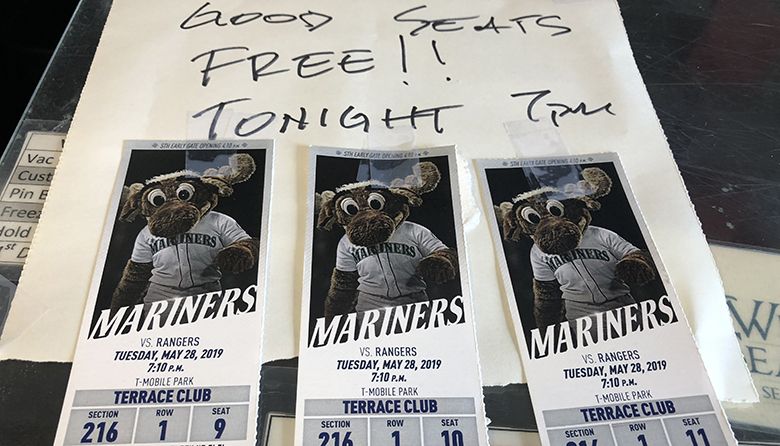 There’s little dispute that this year’s Seattle Mariners suck. The team said that this would be a “step back” year—though stepping back from years of consistent failure suggests that they are stepping back into an abyss.

A promising start proved an illusion. Yes, it’s a long season, but as we head into summer, that hope that attaches itself to the team in the spring is now attached to an indefinite future.

My attendance at Mariners games has diminished over the decades. I still listen to some games on the radio, but even that is more and more rare—just a few innings here or there.

Why am I giving up now? I was happier sitting through miserable baseball back in the 1980s and I think I’ve figured out the reason: the King Beer.

There were many years of disappointing teams in the early history of the Mariners, back when they played in the now-defunct Kingdome. I worked for a company that had box seat season tickets—and we literally could not give them away. So we staffers used them. (By the way, I recently was in a business that was giving away Mariners tickets they’d taped to the check-out counter—shades of the ‘80s!)

I remember sitting in a near-empty Kingdome. We knew that being there wasn’t about winning. But we wanted to encourage a long-term project. If you had told me in, say, 1986, that the Mariner’s wouldn’t have made it to a World Series by 2019, I wouldn’t have believed you.

What made the losing tolerable was drinking. The beverage of choice: the King Beer, an epic beverage. I don’t know what kind of beer it was, but some kind of lager that tasted like Olympia beer which my father used to describe as “dirty dishwater.”

King Beers were served in jumbo, filled-to-the-brim plastic containers. I was trying to remember how big they were, so I asked David Eskenazi, the Seattle sports historian and collector and writer for SportspressNW. He did some research for me.

David tells me the King Beer was 32 ounces. That’s half a growler!

Better: the limit was three per customer! Meaning, a Mariners fan could down 96 ounces of beer at a sitting. I checked online blood-alcohol charts, and my guess is that 96 ounces makes you drunk over the period of a nine inning game. Barfing drunk. And that’s if you adhere to the three-beer limit.

The current M’s police alcohol consumption much more stringently. You can buy only two beers at a time—none in the 32 oz size, and no beer is sold after the 7th inning. T-Mobile is not a winning park, but it is family oriented. You can drown your sorrows in garlic fries.

But in the Kingdome days, beer flowed. More than once I remember watching floods of beer cascading under the seats. You could stand up at the end of a game and your feet would be soaked in the stuff, spilled by big galoots in the rows behind you.

Beer not only anesthetized fans to perpetual pain on the field, but it provided entertainment. The unofficial mascot of the team was Kingdome beer vendor Bill The Beerman who led cheers in the stands. People loved the bearded wild man. No Seattle sports mascot I’ve seen has been as entertaining.

The King Beer and the Beerman (RIP) are things of the past. It won’t help Mariners fans today, but it does help explain how we once sat through so much bad baseball.