The Works on First Hill Reignites the Seattle DIY Spirit

With her business, Kellie Phelan is tapping into the DIY community 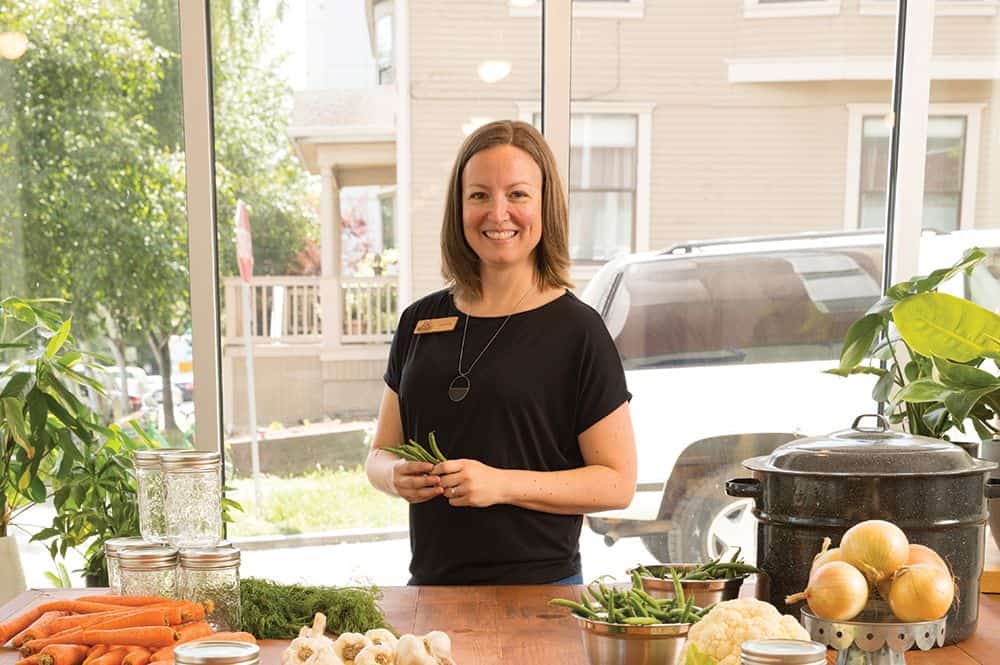 Kellie Phelan is the type of person who, when on summer vacation during high school, taught herself how to knit from a library book. But it wasn’t until a few years ago that she decided to pursue her creative interests in earnest, quitting a career in environmental consulting to launch a craft business called The Works (First Hill, 151 12th Ave.; 206.457.7127), a space where people with a similar desire to explore their creativity can sign up for classes and learn new skills together.

Phelan calls it the “experience economy.” Unlike previous generations, most of today’s Seattleites don’t need to weave their own tapestries or grow their own herbs. But in an age when store-bought things are seen as commonplace instead of luxurious, some people are interested in consuming more mindfully, and learning how to make things themselves.

This is what Phelan is all about. She has created a space where people can come and learn a new skill, like tapestry weaving or spoon carving; they come alone or with their friends, and more than anything, they can expect to connect with other people.

“We’re called The Works for two reasons,” says Phelan. “One is we do a little bit of everything…the other is this is really a place to feature other people’s work. And not just in product, but in being able to share your story; how did you become the maker that you are?”

Phelan ran The Works as a pop-up until September 2018, when she moved into her brick-and-mortar location. The space is just what she dreamed it would be. The little corner workshop bubbles with craftspeople, who are often gathered around a big wooden table. This table is an intentional choice, a place where people can learn new skills and also commune with each other.

“People are finding us maybe for the skills,” she says. “But they’re coming, and specifically they’re coming back, because of the connection.”

The Art of the Pivot
Phelan changed careers after experiencing a health crisis. She taught urban farming at a business then called the Seattle Farm School, eventually becoming its sole owner and expanding it into what’s now The Works, a business that teaches a wide range of skills, including urban gardening.

A Green Thumb
Phelan’s interest in gardening began when she moved to Seattle from Rhode Island. During a walk around Ballard one day, she noticed an abundance of parking-strip gardens.

Hatching the Idea
While running The Works as a pop-up, Phelan briefly set up shop at Melrose Market, a creative community of burgeoning artisans, makers and restaurateurs.

Why Seattle is the place to be

Seattle is a place where things happen. As we enter a year of new beginnings, this issue packs a double punch to prove it. There’s the magazine’s yearly list of Most Influential People, our annual spotlight on those doing inspirational, thought-provoking things to improve our communities. There’s Seattle Business magazine’s 33rd annual Best Companies To…

Heartbeat: Pay For What?

The invasion of the transactional body snatchers

Lest you think I am alerting you unnecessarily, let me reassure you that when I heard about this, I gasped.  GASPED! But perhaps you will gasp, too, unless, of course, you knew this all along. What I am referring to is a new culture in dating that looks an awful lot like it’s turning female daters into,…

At the young age of 34, Tiffany Go already considers herself a philanthropist — though her broad definition of the word may surprise those in the “I gave at the office” generation. For Go, a health equity program manager at Seattle’s world-renowned Fred Hutchinson Cancer Center, philanthropy  is much more than blindly giving money. It’s…

Why donor-advised funds appeal to investors and nonprofits

In these heady days of affluence in metropolitan Seattle (thank you, technology companies!), people inclined to give back are looking for tax-efficient ways to support their favorite charities. Many have used donor-advised funds (DAFs) to have their cake and eat it, too.  A gift of appreciated stock to a DAF, which can be made through…