Matthew Lewis Shows Us ‘Where He’s At’ with Roux 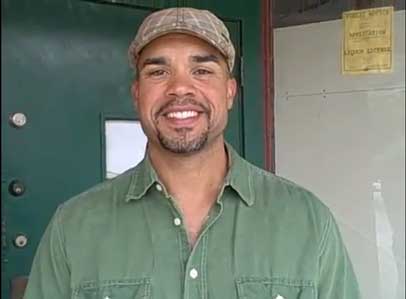 It’s getting so close, we can almost taste the etouffee.

Matthew Lewis – the spicy guy behind the Creole-riffic truck Where Ya At Matt – is on the verge of opening his new brick-and-mortar place in Fre-lingford.

Roux has been a work in progress since March, when a major renovation began of the old Buckaroo Tavern, just down the block from the ever-swamped Paseo.

“There wasn’t a lot left from The Buck,” said Lewis, whose truck rolled into Seattle in 2009, one of the first wave of ambitious mobile kitchens.

Still, the space will have plenty of funk, the room equally divided between bar and dining, with an open kitchen cranking out dressed-up, down-home fare from its power spot in the corner.

Even in what promises to be a comfortably casual setting, don’t be surprised if Matt wanders into upscale territory. The CIA-trained chef has some impressive cooking chops, working early on with renowned Southern icons including Frank Stitt and John Besh.

Lewis recently gave us a sneak peek of the soon-to-be-Roux (watch the video below), which is set to open in September. Can’t wait.