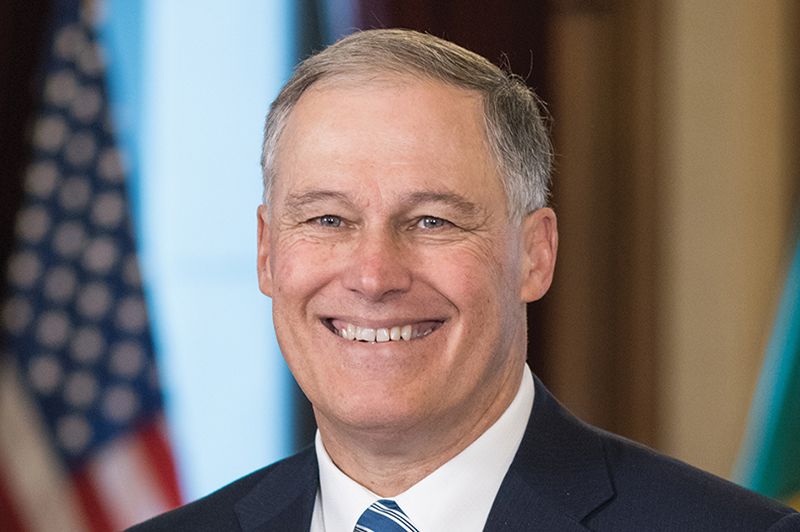 As the first major presidential candidate from Washington state since Scoop Jackson ran in 1976, Governor Jay Inslee took his seat on the national stage, while the state basked in reflected glory. Although he dropped out of the race in August, and, yes, often seemed like a one-note candidate, Inslee’s aggressive stance on climate change has elevated the conversation around the fossil fuel industry, environmental regulations and corporate climate accountability. Closer to home, he signed five proposals into law this year that all aim to curb Washington’s greenhouse gas emissions.

A leader on immigration issues, Inslee signed a state sanctuary law last May that restricts police officers’ ability to ask about immigration status. This places Washington among just a handful of states that have enacted sanctuary policies.

Inslee is also a strong gun control proponent: He has tightened the state’s gun laws by implementing a series of bills, including legislation meant to keep weapons from domestic abusers and people with mental health issues. He also supported and signed into law a ban on ghost guns, which include firearms assembled from kits or made using 3-D printers. U.S. Representative Pramila Jayapal has had a big year. Earlier this year, the congresswoman introduced a “Medicare for All” bill, securing her a position at the forefront of the health care conversation; and this summer, she joined forces with presidential candidate Bernie Sanders in a plan to cancel the nation’s $1.6 trillion in student-loan debt. She has supported the Raise the Wage Act to increase the minimum wage, secured funds for federal homelessness programs, and shared heartfelt personal stories in support of LGBTQ rights and abortion access.

What do all of these issues have in common? They all go back to Jayapal’s mission to make her district—District 7, which encompasses most of Seattle, Shoreline, Edmonds, Lake Forest Park, Vashon Island, and parts of Burien and Normandy Park—one of economic opportunity, equity and health. Hopefully, the rest of the nation is watching. Since 2012, Robart has supervised a federal consent decree requiring the SPD to address excessive force and racial profiling by the department. Although in a ruling last May he commended the SPD for decreasing its use of force, he also said, “We are better, but we are not perfect,” and noted that the city had fallen partly out of compliance with the agreement.

Particularly concerned that the Seattle Police Officers Guild’s new contract weakens police accountability, Robart ordered the city, the Department of Justice and the Community Police Commission to come up with a solution. This means the city will stay under federal oversight longer than originally planned.
Ryan Vancil Ryan Vancil, who has served as hearing examiner for the city of Seattle since 2018, is the most important local official you’ve never heard of. Whenever anyone challenges the city on a controversial land use policy, Vancil is the guy who decides to let the law stand or to send it back to the drawing board. In his first year, Vancil has upheld the city’s pro-density Mandatory Housing Affordability program, given the nod to affordable housing at the decommissioned Fort Lawton military post in Magnolia, and allowed legislation making it easier to build backyard cottages and accessory dwelling units to move forward.

These innovators took bold actions and big risks during a trying year. From the arts to civic engagement to business, here's a look at those who made a measurable difference across the state in 2021.