Seattle’s Frelard Straddles the Lines of Industrial, Residential and Commercial

The 10th installment in the Neighborhood Walk series

This article originally appeared in the December 2019 issue of Seattle Magazine. 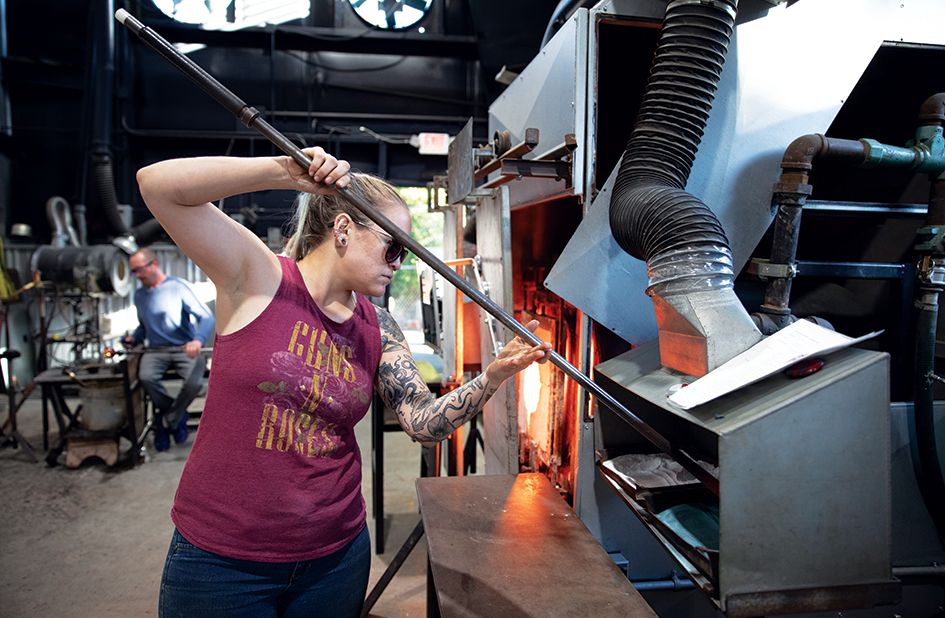 Frelard isn’t an official Seattle neighborhood. It could be Fremont, but it seems physically and emotionally distant from the Adobe/Tableau/Googleplex that has taken over part of that neighborhood. It could be Ballard, but again, though the brew pubs and restaurants are coming, there are still a lot of cavernous industrial warehouses that provide livelihoods for people fabricating more than tacos and cocktails. Leary Way from about NW 39th Street to just south of NW 45th Street is still a gritty, industrial part of town. If you listen, you can hear the City Light Substation humming over the buzzing saws cutting into steel and aluminum-hulled ships.

Concrete crumbles into gravel at street ends that abut the chain-links fencing off the shipbuilders and gravel haulers along the ship canal. Head west off of Leary down Bowdoin Place, and you’ll end up at the gates of Western Towboat Co. Russell Shrewsbury is the third generation to run the family-owned company, which has been building and operating working boats since 1948. He compares the company’s effect on the neighborhood economy to that of a farm-to-table restaurant. “When we launch a new boat, like we did in June,” he says, “many of the parts for that boat come from local businesses.” This unique neighborhood is one of the few areas of the city where manufacturing, industrial, commercial and residential elements rub shoulders like patrons at a crowded bar. A few short blocks from the shipbuilders, Frelard drifts east of Leary into an area where many of the original wood-sided craftsman bungalows built in the early 1900s are still standing. Ross Playground is a block-sized park between Third and Fourth avenues NW and NW 43rd and 44th streets. It was once the site of an early 20th century school. People can rent the newly remodeled Ross Playfield Shelterhouse for events and parties—it’s a popular place, especially over the summer.

Students from the Pacific Crest School, a Montessori school for preschoolers through eighth graders located two blocks away, use the park. The neighborhood is part of the learning environment, says Dorrie Knapp Guy, the head of the school. “We have this rotating curriculum around communities,” Knapp Guy says. “It just helps our students learn about all the elements of society we rely upon, and global markets as well.”

Pacific Crest students recently talked to the boatbuilders at Western Towboat Co; Shrewsbury was happy they visited. He wants them to learn about his industry and the opportunities it offers. “It gives you a little bit different freedom than going to work every day from nine to five,” he says. “You get to work on the boats, sail all over the world. It is a different way of living life.”

Boatbuilders aren’t the only alternatives Pacific Crest students can see around them. Sean Kelly moved his membership-based pottery studio, Sean’s Clay Corner, to Frelard in September, after his North Queen Anne location was demolished to make room for apartments. “You can still find these warehouses that aren’t either abandoned or being torn down for condos,” he says. ALL ABOARD: Russell Shrewsbury’s family business, Western Towboat Co., has been a Frelard institution for three generations. Today, Shrewsbury likens the relationship between business and neighborhood to that of a farm-to-table restaurant, sourcing materials from local purveyors.

Frelard is situated in what the city of Seattle designates as “urban industrial neighborhood 50 of Commercial Waterfront Specialty Area 12,” which is primarily commercially zoned waterfront properties along the Ship Canal from Portage Bay to the Shilshole area of Ballard. As other neighborhoods gentrify, Kelly worries that housing demand will drive up rents in Frelard, and the warehouse spaces will disappear. He moved in with a long-term lease, but across the street, renowned glass sculptor and artist Martin Blank says his lease is up in two years and he probably won’t be able to renew. He was happy to settle here after being “Allenized,” as he jokingly puts it, out of South Lake Union, a reality of changing times about which Blank has no hard feelings. Being on the border of residential and industrial areas, and within easy reach of Ballard and Fremont, makes the neighborhood “an incredible place to work” for Blank. “But,” he says, “it’s also why all the campers can park right in front of my studio for three weeks.” While Blank says many of those living in their vehicles are excellent neighbors, there are plenty who are not—he regularly finds discarded needles in the area and has been robbed three times. A cyclist on the Burke-Gilman trail.

Different parts of Frelard fall under different zoning requirements and parking restrictions, and their close proximity can lead to tensions. For example, one side of a block may ban parking between 2 and 5 a.m., while another side may have no restrictions, allowing vehicles to stay parked for 72 hours (though many stay much longer). People who live in their vehicles park throughout the neighborhood. Everyone I spoke with for this story grapples with this issue. Some want the city to rigorously enforce the regulations. Many were concerned with the sanitation and safety issues that can arise when people are living on the streets. It’s an urban conundrum: the industrial grittiness that allows creative warehouse spaces to thrive also fosters conditions that can be dangerous to fellow citizens, not to mention bad for business. Hale’s Ales, located near the northern border of Frelard, is the granddaddy of the 11 local breweries now in the area.