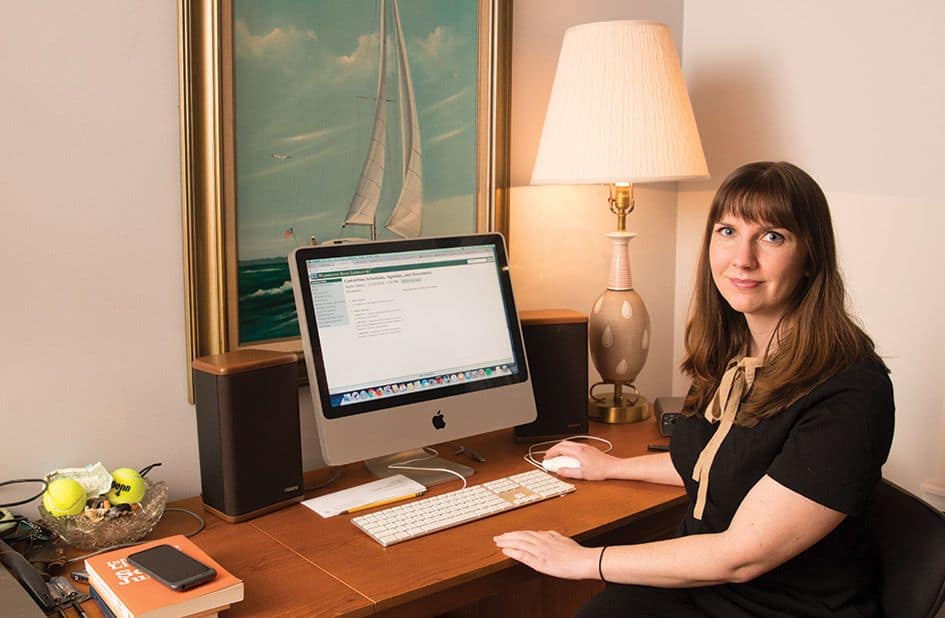 Sitting in the window of a café on a rainy Saturday, wearing a sweater with rainbow trim, Leah Griffin greets me with a hug and a smile. It’s a day off from her full-time job as a school librarian in North Seattle, but Griffin has once again passed up a perfect opportunity for pleasure reading in order to heed her duties as a sexual assault activist—a job for which she’s always on call.

Since 2015, Griffin has helped guide the creation of laws that intimately impact rape survivors in Washington state. “I essentially experienced failures at every single part of the justice system and health care system, and was enraged,” Griffin says, describing the uphill battle she faced when seeking support after being sexually assaulted in 2014, from the emergency room that failed to provide a rape kit to the monthslong wait for a mental health intake appointment.

“My activism pretty much came out of that rage,” Griffin says. But what began with cold-contacting lawmakers for help navigating her own case has since evolved into a driving sense of duty. Many of her nights and weekends, along with lunches and personal days, are now spent helping build coalitions, attending events, working on political campaigns, speaking with reporters and developing recommendations for state lawmakers as a member of the government-appointed Sexual Assault Forensic Examination Best Practices Advisory Group.

Since the group’s inception in 2015, a result of a bill passed that year that also mandated the testing of rape kits, Washington lawmakers have passed more groundbreaking sexual assault reforms, including a bill that established one of the first rape kit tracking systems in the country. “We’ve made huge progress,” Griffin says, but “we still have hospitals in Washington state turning victims away.”

Now, as Washington wraps up the 2020 state legislative session, Griffin hopes to see new legislation reflecting the advisory group’s recommendations for protocols that would help ensure other survivors receive the care they need when they arrive at a hospital after an assault.

As for the anger? “It’s easier [now] to see nuance and areas where we might need to move slower or quicker, depending on how systems work,” Griffin says. “But at the end of the day, I’m still angry…I lean into it, get stuff done.”

Maximum Impact
Beyond state bills, Griffin has lobbied for federal legislation such as the Survivors’ Access to Supportive Care Act, reintroduced by Senator Patty Murray in 2019, which would expand and establish national standards of medical care for survivors.

Climate activist Jamie Margolin in the Naneum Ridge State Forest, at the site of the Snag Canyon Fire. Started by lightning in 2014, the wildfire burned approximately 12,660 acres and 22 structures, including homes and cabins

This Week Then: Looking Back on Seattle’s Most Influential Union

This story was originally published at HistoryLink.org. Subscribe to their weekly newsletter. Getting United On February 19, 1909, Local 174 of the International Brotherhood of Teamsters was chartered in Seattle. Many of its first members, then totaling around 400, drove teams of horses to deliver goods for local employers. As the auto age progressed, membership expanded to…