The most controversial aspect of the proposal: eliminating library fines 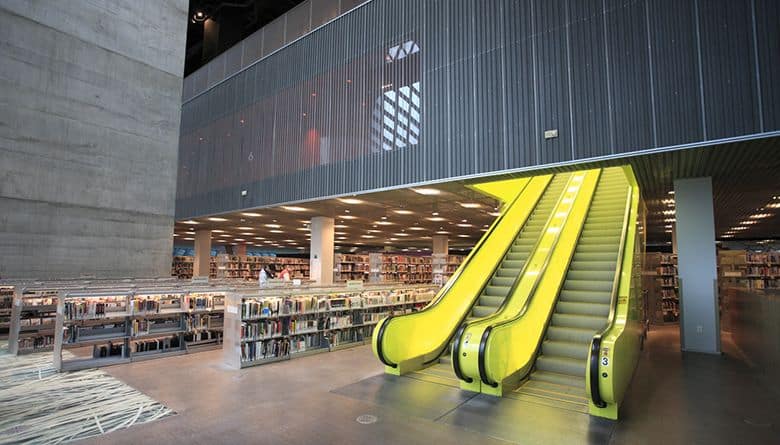 Mayor Jenny Durkan’s proposal to renew Seattle’s library levy and increase it from $123 million to $213 million would accomplish a number of things: add hours to three branches; allow four others to open on Fridays; provide more funding for digital materials; upgrade Internet access for library patrons; and give four branches a seismic upgrade. It will also shift some funding from other areas, like the cable franchise fee, to the levy, which Durkan’s plan calls a more “sustainable” funding source.

In all, the plan, which will appear on the August 6 ballot, would represent an initial property tax increase of up to 11.9 cents for every $1,000 of property value, compared to an initial tax increase of 15 cents per $1,000 when the levy passed in 2012. (The actual tax varies after the first year while the total amount collected increases by no more than 1 percent a year). That would amount to about $7 a month for the owner of a median, $722,000 house in Seattle.

By far the most controversial aspect of the seven-year levy is the proposal to eliminate fines for overdue materials, which would cost $8 million over the life of the levy. (The library takes in about $900,000 a year in fines, plus $200,000 in fees for materials that are not returned; Durkan’s proposal would do away with fines, but not fees.)

Seattle wouldn’t be the first city to eliminate fines. Studies from other cities that have done this—either on a permanent or pilot basis—have shown that it’s an effective way to ensure that low-income residents (who are less able to pay fines and face more barriers to returning materials) have access to the library. And though it may seem counter intuitive, libraries that eliminated fines found that people were more likely to return materials, and to do so on time.

At a meeting of the City Council’s special library levy committee meeting last week, council staffer Asha Venkataraman explained this conclusion. First, she noted, fines really are a barrier to access: About one in every five library cardholders in Seattle currently has a blocked account, meaning that they can’t access library materials unless they pay their fines. The areas of the city with the largest numbers of blocked accounts and the highest average outstanding fines, are mostly in Southeast Seattle, plus parts of far north Seattle—both areas with lower average incomes and more people of color. Library patrons must have an active account to access the library’s computers. Seattle library’s own study of its users found that the areas where people were most likely to rely on computers in library branches were the same areas where people were most likely to lose their access to the library because of unpaid fines.

Venkataraman also cited a San Francisco study that looked into eliminating library fines. The study found that patrons in cities that had partly or completely eliminated fines returned materials at the same rate or slightly faster, and that circulation of library materials increased overall (which makes sense, because when people fail to return books, the number of books in the system is reduced and circulation goes down.) The study also found that a major reason people avoided going to the library to have their accounts restored wasn’t because they didn’t have the few dollars needed; rather it was “the negative interaction of having to go and pay off fines.” In other words, they didn’t want to have a potentially embarrassing public interaction with a library worker.

Council president Bruce Harrell expressed concern last week that eliminating fines might discourage people from doing their civic responsibility, and suggested (perhaps tongue in cheek) that if the city is going to eliminate fines, they should also eliminate fees for people who simply fail to return books. Harrell also suggested that the city create a system where people who want to pay can do so, but people who don’t want to pay won’t be penalized.

“I don’t understand the policy reasons for waiving millions of dollars when some people might be willing to pay,” Harrell said.

Council members indicated that they were interested in adding a few items to the plan, including extended weeknight hours (council member O’Brien); adding two new security officers to the system (council member Teresa Mosqueda); funding more case managers to connect homeless patrons to housing and services (Mosqueda again) and adding air conditioning and elevators at the Columbia City, Greenlake, and University branches. Some of these are formal amendments, others are items for future discussion; all would add millions to the levy.

City council member Debora Juarez, who chairs the library levy committee, said at last Thursday’s public hearing on the levy that the amendments “all make sense and are great.” At the same time, Juarez cautioned against adding so much to the levy that voters would find it difficult to vote yes.