This Week Then: Celebrating Italian Americans and Filipino Americans in Washington

Plus: The first military plane to land in Seattle 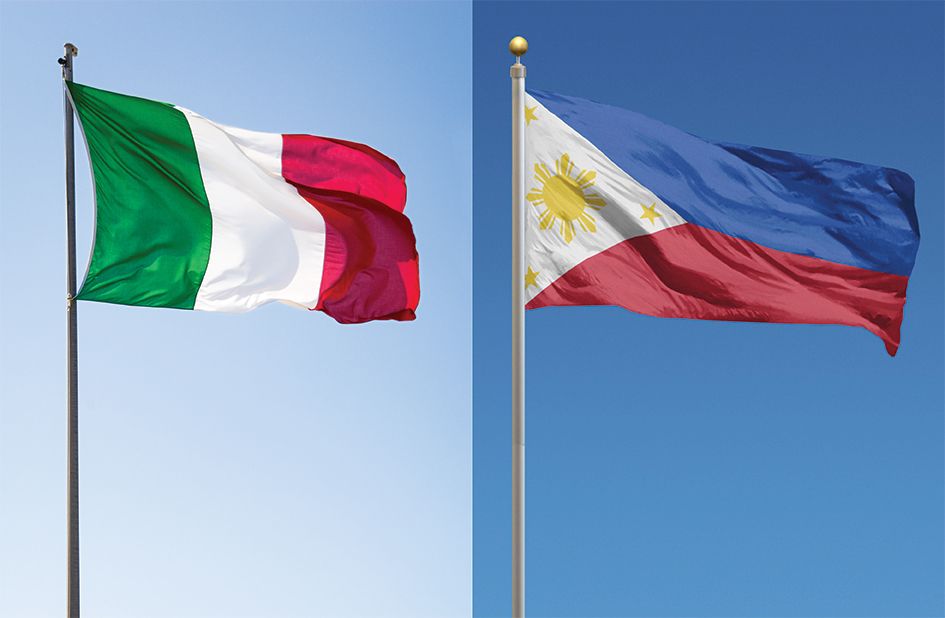 October is Italian American Heritage Month, and this week HistoryLink looks at some of the contributions Italian Americans have made in Washington. One of the first Italians to visit the Northwest was explorer Alessandro Malaspina, who sailed here under the Spanish flag in 1791, but the first people of Italian descent who came here to live arrived in the late 1800s. Many of these early immigrants were unskilled laborers, and they found plenty of work in coal mining or construction.

Farming was also a preferred occupation, partly because of the traditional Italian love and respect for food. Many Italian Americans in Seattle owned homes in the Rainer Valley with small gardens, or raised rabbits and chickens. Others started larger truck farms in the rich farmlands around Puget Sound. By 1941 Italian immigrant Joe Desimone had gone from selling his produce at Pike Place Market to becoming its president and majority stockholder. In the 1970s, Seattle’s first P-Patch community garden was planted on property owned by the Picardo family. And beginning in the 1800s, Italian immigrants helped define Walla Walla’s growing wine industry, and their wine-making skills can be seen today throughout the state.

October is also Filipino American History Month, and we look at some of the men and women who played important roles in shaping their community. Filipinos first arrived in the Northwest in the late 1800s and many — like famed poet and writer Carlos Bulosan — found work in local canneries. But when Washington passed the Alien Land Bill in 1921, Filipinos were denied land ownership, an interpretation of the law that was later challenged successfully by Pio de Cano. In 1924 the federal Asian Exclusion Act severely curtailed immigration to the United States by Chinese and Japanese, but did not affect Filipinos. Also in 1924, Victorio Velasco began publishing the Seattle area’s first Filipino newspaper, The Philippine Seattle Colonist.

In 1977 Martin and Dolores Sibonga began publishing the Filipino Forum. Dolores was the first Filipina lawyer admitted to the Washington state bar, and in 1978 she was appointed to the Seattle City Council, where she served for more than 12 years. In 1992 Velma Veloria became the first Filipina elected to a state legislature in the continental United States, and in 1994 President Bill Clinton appointed Bob Santos as the Housing and Urban Development secretary’s representative for the Northwest-Alaska area.

Seattle’s Filipino American community was rocked in 1981 by the murders of labor activists Gene Viernes and Silme Domingo, just six days before Rizal Park was dedicated. The park was named for Philippine national hero Jose Rizal and symbolized Seattle’s Filipino American pride. That pride remains strong, as evidenced by the annual Pista sa Nayon celebration, as well as the renovation and expansion of the Filipino Community Center.

Buoyed by $100,000 in community aid, Seattle’s Moran Shipyard completed and launched the battleship Nebraska on October 7, 1904. Six years earlier, the boatbuilding firm made a name for itself when it punched out 12 steamships that traveled north to the Klondike.

On October 8, 1921, the first military plane to land at Sand Point in Seattle touched down. On October 5, 1931, Clyde Pangborn belly-landed his plane in Wenatchee after completing the first nonstop airplane flight between Japan and the United States. And on October 8, 1966, the Grant County Airport opened in Moses Lake, at what used to be Larson Air Force Base.

On October 8, 1936, the Spokane Children’s Home adopted a policy to exclude African American children from the orphanage. One of the two black children transferred to the custody of the county was a young Carl Maxey, who went on to become a lawyer and a civil rights leader. He also ran a lively but doomed anti-Vietnam War campaign against U.S. Senator Henry Jackson in the 1970 Democratic primary.