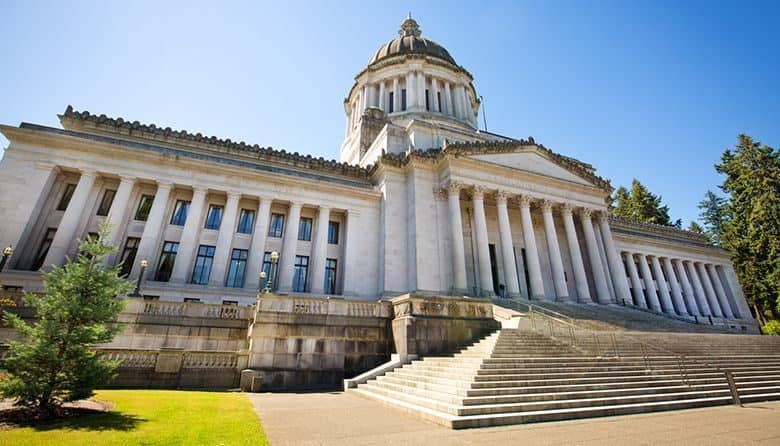 Last month, the Washington state legislature passed a sweeping eviction reform bill that gives tenants more time to pay rent before they can be evicted; gives judges new discretion when deciding whether to give tenants more time to pay or how much to penalize evicted tenants financially; and creates new financial incentives for landlords to rent to tenants using financial subsidies.

The bill, sponsored by Rep. Nicole Macri, was a response to the problems outlined in a report by the Seattle Women’s Commission, “Losing Home,” earlier this year. That report revealed that tenants in Seattle are frequently evicted for failing to pay extremely small amounts of rent (as little as a few dollars), and that the county superior court judges—who determine whether tenants will be evicted—have little discretion to consider mitigating factors (like a one-time medical emergency) that cause people to fall temporarily behind on their rent. In a story about King County’s eviction court for the February 2019 print edition of Seattle magazine, one woman described receiving an eviction notice while in the hospital for late-stage kidney disease. Another case, described by Housing Justice Project attorney Edmund Witter, involved a man who was hospitalized for a degenerative spinal disease; the landlord refused to allow HJP to pay his rent because HJP was not the tenant.

The legislation is now on Governor Jay Inslee’s desk, and will become law (if Inslee doesn’t get around to signing it) on May 28; then it goes into effect on July 28.

Editor’s note: This article has been updated since original publication.

Judith Lonnquist bailed out abortion doctors in the 1960s and has been fighting for women’s rights ever since. She has advice on how to take action now.

Judith Lonnquist is steadfast. She’s angry. Her tone is clipped and impatient. “It’s like 50 years of my life has been wasted,” she says. And yet, Lonnquist is hopeful.   Lonnquist, a prominent Seattle labor and employment attorney who specializes in sex discrimination and harassment, has been fighting for civil rights and women’s rights since the…

At first, the crowd of more than 22,000 thought they were hearing firecrackers. Then the second round began, and many realized they were gunshots. In an instant, Emily Cantrell’s life changed forever. Fifty-nine people were killed and more than 700 wounded that night almost four years ago at an outdoor country music festival in Las…

Courtesy of Jade D’Addario, Special Collections, The Seattle Public Library Back in 1970, almost three years prior to Roe v. Wade, Washington voters became the first in the country to vote to legalize abortion. This “Seattle” magazine cover, from 1969, reflects the debate raging across the state at the time. According to Cassandra Tate on…

In early October 1968, a Seattle police officer shot and killed a 17-year-old Black boy after he threatened them with a rifle. According to David Wilma, writing on Historylink.org, the very next day two Seattle police officers were ambushed and wounded in retaliation. Welton Armstead’s death was eventually ruled “justifiable,” but a headline in a…

How can we create the future we want?

Retired Seattle Police Chief Carmen Best was thrust into the national spotlight in the summer of 2020 when the city erupted in protests. Many devolved into violence, and resulted in the subsequent months-long occupation of six downtown blocks. Protestors called for the city to defund or abolish the police. The Seattle City Council threatened to…

Mayor Bruce Harrell: Can He Save Our City?

“If there’s one thing I believe in, it is that there’s ‘one’ Seattle. in ‘one’ Seattle, we put in the work and we lead with humility, urgency and compassion.” New Seattle Mayor Bruce Harrell wasted little time in tackling one of the city’s thorniest issues. Just 40 days after his swearing-in, Harrell signed an executive…

On Friday, the Seattle City Council got its first look at legislation from Mayor Jenny Durkan’s office taking aim at so-called “RV ranchers” who charge people rent to live in derelict and unsafe recreational vehicles. Durkan’s legislation would impose a fine of $250 a day on anyone who “allows” another person to live in a…