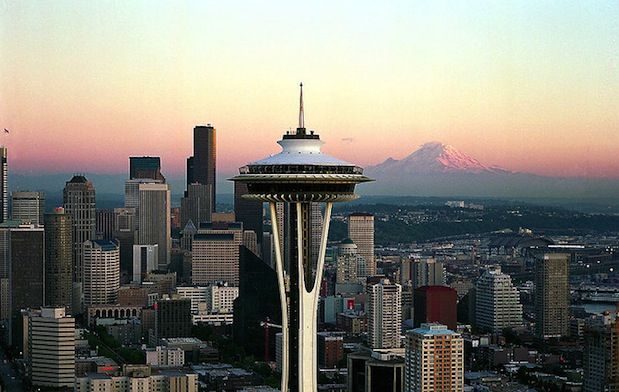 The Emerald City Is One of the Greenest: The personal finance website Wallethub has ranked Seattle as the 6th Greenest City in America. In honor of October being National Energy Awareness month, the site conducted an in-depth analysis comparing 100 of the most-populated U.S. cities across 13 key metrics, ranging from green-house gas emissions per capita to the number of smart-energy policies and initiatives. Seattle’s best score (2nd place) was in the “‘Greenness’ of Energy Sources” category, which measured the percentage of electricity from renewable sources and the number of smart-energy policies and initiatives within the city.

Combat Bullying with Kindness: October is also Bullying Prevention Awareness Month, and Seattle Mayor Ed Murray has teamed up with the award-winning non-profit Free2Luv to proclaim October 17 Free2Luv Rock Kindness Day, encouraging community members to become advocates for kindness and bullying prevention. Celebrate the day this Saturday from 1-5 p.m. at South Park Community Center and will include an event kick off with the Mayor, an interactive Free2BeME art project, “Make Your Own Taco” bar hosted by Taco Time Northwest, a billboard photo op presentd by Clear Channel Outdoor, inspirational video messages from the Seahawks and the Storm, and an inspirational concert by teen musician, Maddy Vance.

Affordable Housing Options on the Way: On Monday, Seattle’s Grand Bargain gained momentum, as Seattle City Council’s housing affordability committee approved legislation to create 20,000 afforadble units within the next 10 years. Many changes are expected to accomodate this proposal, including processes of rezoning, permitting, and construction. According to City Councilman Mike O’Brien, the eventual goal of the proposed laws is to ensure that “all private development in commercial and multi-family zones in the city will be required to contribute towards affordable housing.” In addition, City Coucil members Kshama Sawant and Nick Licata are proposing a ban on rent hikes in buildings that are deemed unfit for human habitation. In the current draft, tenants are allowed to give their landlords a list of housing defects which must be fixed before rent increases.

Seattle’s New Farmers Market is Digital: Seattleites who are strapped for time now have a convenient, digital way to ensure they recieve fresh food. Farmigo, a virtual farmers market, launched this week in the Seattle-Tacoma area, connecting consumers to 30 Washington state producers. The site is simple and easy to navigate: consumers simply order online and pick-up their foods at local pickup sites during a two-hour window on Wednesdays.

Seattleites who are strapped for time now have a conevnient, digital way to ensure they recieve fresh food. Farmingo, a virtual farmer’s
market, launched this week in the Seattle- Tacoma weekend, connecting consumers to 30 local Washington state producers. The site is
simple and easy to navigate: consumers simply order online and pick-up their foods at local pickup sites during a two-hour window on
Wednesdays.

News of the day