The Story Behind the Zackery Lystedt Law

The Washington teenager who inspired groundbreaking health and safety legislation. 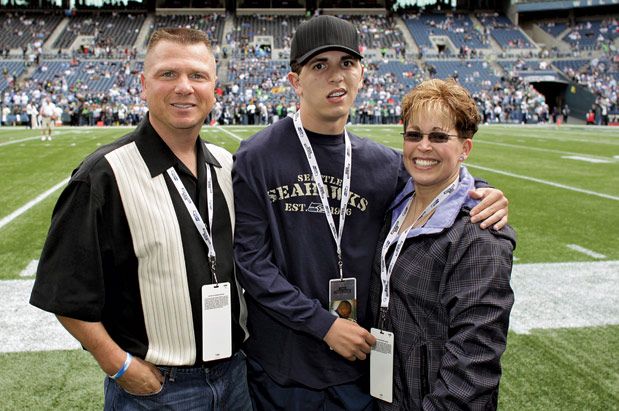 In 2011, Zackery Lystedt, the young athlete who was the inspiration for the Zackery Lystedt law, joined his Tahoma High School classmates for their graduation ceremony. After years of intense physical therapy, he stood up from his wheelchair and walked, using his cane, haltingly across the stage at the White River Amphitheatre. He received the school’s first . Lystedt Adversity Award, for finding the courage to succeed despite the odds. The University of Washington’s Dr. Stanley A. Herring attended the ceremony, as did Sandra Thompson, program manager for UW Medicine Sports and Spine Physicians. “Everyone in the audience was overwhelmed, not just us,” Thompson says. “It was very emotional.”

Zack suffered a catastrophic brain injury on the football field in 2006, and every day since has been a battle to recover and relearn basic skills. “He was on life support for seven days; he couldn’t speak for nine months; after 13 months, he could move his left arm a little; it took two years to get rid of the feeding tube and four years before he could move his right leg purposefully,” says his dad, Victor Lystedt. So finally being able to stand and take a few steps was an incredible accomplishment.

Zack, now 19, could be forgiven for feeling sorry for himself now and then, but he doesn’t have time. He is relentless in his drive to support brain injury awareness, prevention, safety and legislation, especially in youth sports. Zack testified in support of the Lystedt law in Olympia. He met NFL commissioner Robert Goodell and visited the Seahawks and then-coach Mike Holmgren.

Because of the efforts of a wide range of community partners and inspired by Zack’s story, 40 states and the District of Columbia have passed player protection laws —surpassing the 21 states that require children to wear bicycle helmets, 32 states with primary seatbelt laws and 19 states requiring helmets for motorcycle riders. “Leading this effort is what motivates me,” Zack says. “I was chosen for this. I really believe that.”

In many ways, Zack is a typical teenager. He wants to earn a college degree. He plays video games on his computer. He loves music (especially Eminem). His favorite meal is Alaska king crab, and he has a quick, wicked sense of humor. At just under 6 feet tall, with dark brown hair, a mischievous expression and Clark Kent glasses, he’s a bit of a hunk and can be devastatingly charming. Recently, he had his first evening out with a friend home from college—with no parents in attendance—just two guys out for the evening.

Despite Zack’s miraculous progress, Herring points out that the family still faces challenges. Conventional wisdom suggests he will need a lifetime of assistance.

The Lystedts recently built a house designed just for their son: all one level, no stairs, and a private wing for him, to support his desire for independence. Victor imagines owning a local small business with his son one day, to further Zack’s socialization. “We’re a strong family,” his mom, Mercedes, says. “The love we have for each other gets us through.”