Take Me Out to Eat at the Mariners Game! 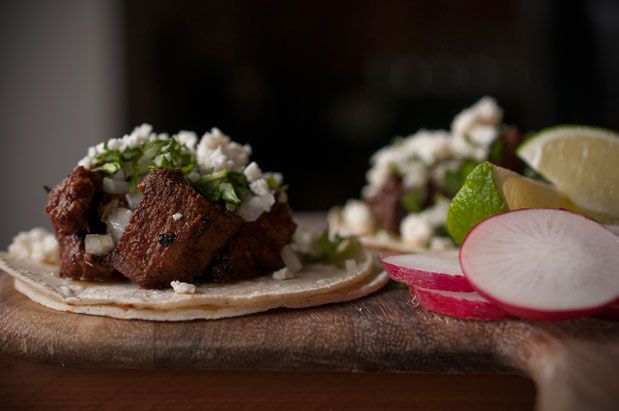 While hardcore M’s fans like my husband are pumped about seeing the new players – how about The Beast? Slugger Michael Morse is on fire, right? – I’m psyched about all the new food and drinks showing up around The Safe, especially at Edgar’s Cantina and the Home Run Porch. [Check out this slide show of food pics we got from the preview.]

Those two neat new venues are out beyond left field, just west of the crazy-fun ‘Pen, and, yes, they’re named for Mariners legend Edgar Martinez.

At a media preview tasting last week, Edgar was in the house, along with consulting chef Ethan Stowell and Anu Apte, Rob Roy’s chief mover and shaker. She created four wonderful craft cocktails for the Cantina featuring El Zacatecano Mezcal (ZAC) imported from Mexico by a company owned by Edgar, Seattle salon king Gene Juarez and others. (I’ll have the .312, please. That drink is named for Edgar’s career batting average, a tart treat that’s a mix of Zac Reposado, Campari, fresh lime juice and soda water.)

You know what goes great with those drinks? An order of tongue tacos! That’s right. I’m guessing Safeco Field is the only ballpark in the major leagues that serves Painted Hills grass-fed lengua tacos AND incredible vegan bao (soft buns filled with gochujang glazed eggplant, cilantro cabbage and kimchi mayo), created by the red-hot chef from Vedge in Philadelphia. Look for those savory bites at the Bao Choi cart on the main concourse, near the Mariners Hall of Fame. That’s where you’ll find all sorts of meatless and gluten-free options, including the terrific Field Roast Frankfurters. And, yippee, this season, there’s the option of ordering those “dogs” topped with chili Teese, a spicy vegan cheese from Chicago Vegan Foods.

The initiative to beef up the quality of the fare at Safeco Field started three years ago, when Centerplate – the stadium’s food service provider – hired Stowell and gave him the mission of elevating the eats by bringing in more local ingredients. The culinary team — including Centerplate’s executive chef at Safeco, David Dekker (the guy you see handing out turkey legs to fans in the King’s Court) — has hit it out of the park.

Even if you don’t give a hoot about baseball, you’ve got to go to The ‘Pen, one of the most buzzworthy venues in Seattle, an all-ages mashup of folks eating and drinking and talking and laughing and, yes, even watching the game.

Edgar’s Cantina is an extension of that party, taking over the space that was once the cozy (or claustraphobic, depending on your height and mental state) Bullpen Pub. The Cantina’s open and festive, filled with Edgar memorabilia, including the bat lamp he made for one of the silly commercials the team makes each season.

The two-level Cantina has high tables with chairs and there’s also room for standing at a bar along the outfield fence. Heads up! You might even catch a home run.

This new spot is where you’ll find me this season, raising a cocktail-filled plastic glass, toasting to the team’s success and to our good fortune as fans. We really scored!