This article originally appeared in the March 2017 issue of Seattle Magazine. 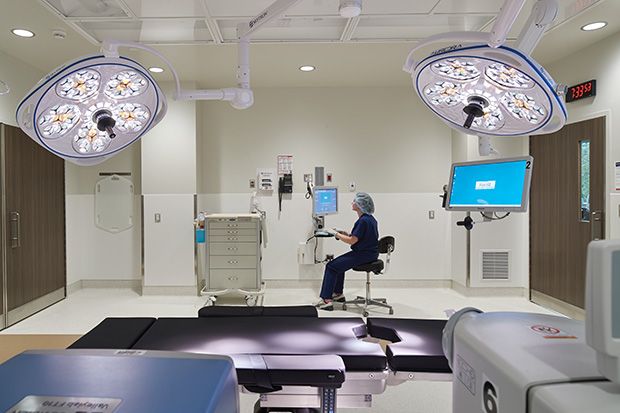 When The Polyclinic needed to renovate its outpatient surgery center, rather than make changes to the existing facility, the medical center opted to team up with Swedish Medical Center to build the First Hill Surgery Center (1101 Madison St., Suite 200; 206.320.7750; firsthillsurgerycenter.com). At 36,000 square feet, the freestanding facility, which opened last November, is one of the largest of its kind on the West Coast. The center has 12 operating rooms; two ORs are dedicated to eye surgeries, while the rest of the ORs are used for breast, ENT, general, gynecological, orthopedic, urological and vascular surgeries, and other procedures. Surgeons will also perform minimally invasive spine surgery and total joint replacements at the center.

Freestanding surgery centers—also known as ambulatory or outpatient surgery centers—have become increasingly common over the past decade. That’s partly because some surgeries that once required a few days in the hospital, such as joint replacements, are increasingly being performed as outpatient procedures, meaning patients don’t stay overnight. These facilities are designed to handle elective and non-urgent procedures only, and are more efficient for patients and medical staff, says Michael McClain, executive director of the First Hill Surgery Center. “Doctors are able to schedule more easily and be more efficient with their time,” he says. “Patients are able to be scheduled for surgery in one or two days, instead of one or two weeks.”

Centers like these are also more cost-effective for patients and more efficient for medical staff, he says. One reason is that there’s less overhead in an outpatient center than a hospital-based center, because it isn’t required to address emergencies and procedures that require more than a 24-hour stay.

Both The Polyclinic and Swedish had limited outpatient capacity in their existing facilities, so building the new center made sense, according to McClain. “Partnering on a new state-of-the-art surgery center dedicated exclusively to ambulatory surgery cases was one way to address all of these needs.”