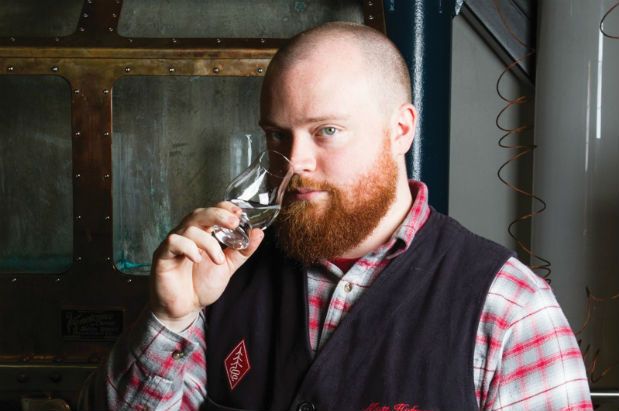 !–paging_filter–pWhen someone says “single malt” in conversation at the bar, the vast majority of people tend to think of single malt Scotch whiskey made on a romantic craggy landscape in Scotland. But there’s a groundswell of new American-made single malt whiskeys showing up on shelves, and thanks to the passion of local distillers—at press time there were five making some sort of single malt—Washington state is starting to make a name for itself with this spirit.brbrBut what does the term “single malt whiskey” actually mean? It’s a spirit made using a malted grain—almost always barley, different than bourbon’s usual corn base—made at a single distillery. If a label reads “single malt Scotch,” it has to be made in Scotland (as all Scotch does), follow the two aforementioned rules and be made in a pot still (which is often copper). American single malt whiskeys aren’t as regulated. This can lead to a wide range of flavors, with the smell and taste being affected by the type of malted grain and yeast distilled, as well as a number of other variables, from the water used to the equipment to the weather outside to the aging process and more. The devotion to those details and capturing our sense of place sets our local distillers—and their liquors—apart.brbrAt the lofty but cozy Westland Distillery in SoDo, for example, where wood and metal beams soar above top-flight equipment, you’ll hear the passion in master distiller Matt Hofmann’s voice. “Malted barley offers more potential for exploration and flavor development than any other grain, or any other spirit,” he says, “and Seattle is a natural place to make single malt whiskey. We have some of the best barley-growing regions in the world and water quality that is tough to match.”brbrFor Westland’s single malt, the taste is determined by its unique strain of Belgian brewer’s yeast and five different malted barleys (referred to as a five-malt grain bill)—each roasted to a different temperature and adding to the final flavor—along with the distiller’s own twist on controlling the variables detailed earlier. brbrBut more important, distilling is a constant process of tasting and testing. “We’re after the complexity derived from the barley grain itself,” Hofmann explains, “but we also want an approachable whiskey.” Even though he aims for a “house style” that’s welcomingly drinkable, with hints of fruitiness and a strong grain focus, he’s not shooting for exact flavors (say, dried apricot). Instead, he lets the flavors develop over the process. nbsp;brbrYou can count on our inventive local distillers to put their own individual spins on their single malt whiskeys, too. At SoDo-based 3 Howls Distillery, lead distiller Will Maschmeier uses an interesting combination of imported peat-smoked barley and cherry- and beech-smoked barley, because he “wants to make a uniquely Northwest single malt whiskey, not just an imitation of Scotch.” And newish waterfront distillery Copperworks will in the next few years release two flagship single malt whiskeys that deliver strong, aromatic sipping backed by a pure, sociable grain flavor. All distillers have one thing in common—something perhaps Paco Joyce, head distiller at Vashon Island’s Seattle Distilling Company (makers of Idle Hour), says best. Distillers, he says, want to be “sourcing the right ingredients, choosing the right equipment, and having people involved at all steps who care about those very steps and the final spirit—that’s what allows a superior product to be created.” brbrWestland’s Hofmann credits the interest in whiskey to evolving palates—and the wine world. “Many people have developed an appreciation for the thoughtful enjoyment of wine, and because of that, more people are seeking complex and in-depth experiences.” With Washington’s whiskey selection boasting a range of layered and flavorful options it’s a perfectly tasty match.brimg src=”/sites/default/files/newfiles/0314_whiskey.jpg” style=”vertical-align: middle; margin: 10px;” height=”332″ width=”500″brstrong5 Washington Single Malt Whiskeys to Savor/strongbrem3 Howls Distillery Single Malt Whiskey, $38–$40/embrThe newest whiskey on this list, it has a tempting vanilla aroma that slides into a full-flavored center highlighted by caramel, oak and malty chocolate notes. The finish is mellow and affable, with a slight sweetness. It’s a perfect single malt for mixing into classic whiskey or Scotch cocktails. SoDo, 426 S Massachusetts St., Space B; 206.747.8400; a href=”http://www.3howls.com” target=”_blank”3howls.com/a/p
pbremWestland Distillery American Single Malt Whiskey, $55/embrAble to go sip-to-sip with the top single malt whiskeys of the world, this deep and rich spirit delivers a plethora of aromas and flavors, including nuts, cookies, raisins, caramel, vanilla and more, all mingling around a delicious grain center. It’s a spirit to be savored solo in a special tulip-shaped glass, which helps focus the layers of aromas (though it could make a dandy high-end cocktail, too). SoDo, 2931 First Ave. S, Suite B; 206.767.7250; a href=”http://www.westlanddistillery.com” target=”_blank”westlanddistillery.com/abrembrWestland Distillery Deacon Seat Single Malt Whiskey, $40 /embrThe inaugural release from Westland last fall, this is a limited-edition bottling. But there are a few bottles left. It’s a very friendly whiskey, smooth from the first smell, which features hints of orange marmalade and pastries. The flavor mingles peppers, spice and cherries, with a hint of chocolate on the finish. SoDo, 2931 First Ave. S, Suite B; 206.767.7250; a href=”http://www.westlanddistillery.com” target=”_blank”westlanddistillery.com/abrembrGolden Distillery Samish Bay Single Malt Whiskey, $39.95/embrThe longest-tenured single malt on this list, this whiskey already has won a gold medal at the American Distilling Institute’s 2012 Judging of Craft American Spirits. It has a nice malty nose and a well-balanced taste of maple, apple, honey and oak, with a smooth toffee and brown sugar finish. Try it neat first, then with ice. Bow, 9746 Samish Island Road; 360.542.8332; a href=”http://www.goldendistillery.com” target=”_blank”goldendistillery.com/abrbremSeattle Distilling Company Idle Hour Whiskey, $31/embrThis single malt has a very Irish character, a smidge sweeter than some, thanks to a touch of Washington-grown honey added during the fermentation process. It’s also a youthful whiskey, aged just 10 months in Cabernet Sauvignon oak barrels, but the taste is still full, with a pure grain flavor and notes of oak and biscuits. It’s good neat and in cocktails. Vashon Island, 19429 Vashon Highway SW; 206.463.0830;a href=”http://www.seattledistillingcompany.com/products.html” target=”_blank” seattledistillingcompany.com/a/p