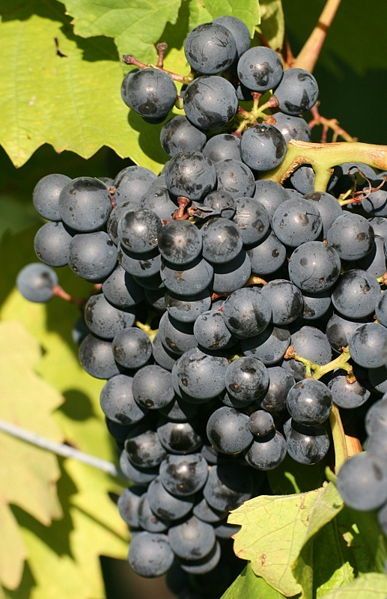 So, yeah, I’m still waiting for Lemberger to be the next big thing from Washington State, but not sure that’s every going to happen.

At the recent Washington Wine Awards, dozens of renowned producers poured some pretty fantastic fermented grape juice. Standouts in my glass included the always lovely Chardonnay from Woodward Canyon, the dynamite Cab from L’Ecole No. 41 and the Cab Franc from Chinook. But I’ve had long term love affair with all those wines. I was thirsty for something new and different. Something saddled with a name that gets people giggling.

No, Lemberger is not a cheese.

Its origin is rooted in Central Europe, where it’s known as Blaufränkisch. It can be light and fruity like a Beaujalois and has a bit of earthy spice like a Zinfandel. The grape takes punishing cold and is well-behaved in the winemaking process. It was a favorite of the late Dr. Walter Clore. He was considered the godfather of the modern Washington wine industry, a pioneering professor who grew hundreds of varietals in field trials starting back in the 1930s.

When I interviewed early adopters of Lemberger – John and Scott Williams from Kiona – for the Washington State Wine Commission’s Groundbreakers series about why this red had never been embraced, John’s answer was short and on point: “Because it’s called Lemberger!” (And, yes, Kiona sells the heck out of it, 3,500 cases a year.)

Maybe all Lemberger needs is an alias.

Jed Steele, California winemaker who began his legendary career in Washington state, makes a Lemberger for his Shooting Star label and calls it Blue Franc.

A darned tasty 2011 Lem from Two Mountain Winery I drank with dinner the other night got me fired up yet again about the possibility that this varietal might one day enjoy some well-deserved time in the spotlight. It stood up to the heat of a fiery chicken curry, no prob, its bright fruit from Copeland Vineyard in the Rattlesnake Hills came shining through.

Are you ready to join me in raising a glass to toast Lemberger’s promising future? Did I mention I’m buying… if you come up with a winning pseudonym.