What Women Should Know About Fibroids

Fibroids are common and benign, yet largely mysterious and often complicating 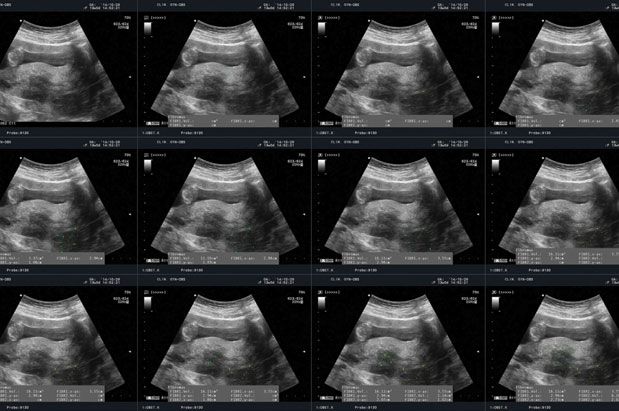 “I can’t find your cervix,” said my doctor to me, during a routine pelvic exam in the fall of 2012. I was confused. I was a healthy, active 31-year-old and had made this OB/GYN appointment as a precaution to ensure that my body was healthy enough for pregnancy—I wasn’t really worried. To my surprise, it wasn’t.

My doctor discovered I had a growth known as a uterine fibroid pushing down on my uterus, repositioning it (and my cervix). She stressed that these growths are so common in women that she had just finished diagnosing another patient right before seeing me and joked that she should have given the spiel to both of us together. Although she urged me not to race home to Google “fibroids,” I couldn’t help myself and did just that.

I was shocked to discover that up to 80 percent of women will develop uterine fibroids in their lifetimes, the majority of them in their 30s—prime childbearing years—and 40s. After menopause, the growths tend to shrink.

If uterine fibroids are so common among women, why was I, as were so many of my friends, unfamiliar with them? For one, most fibroids present no symptoms or are not big enough to cause concern. “It may be because it’s more common the older we get, and fibroids tend to be more troublesome closer to menopause,” speculates Dr. Linda S. Mihalov, a general gynecologist specializing in minimally invasive surgery, at Virginia Mason Medical Center.

These benign tumors bulge from inside or outside the uterus and sometimes within the uterine wall. Location determines whether women will have symptoms and how big a problem they will create. Mihalov explains, “A fibroid can be an inch or less, but if it is located inside the uterus, it can create more complications than if it is the size of a watermelon on the outside of the uterus.”

While my fibroids were asymptomatic; others give a hint that something is up. Cristina Rodriguez, at age 28, began having intermittent symptoms, including mild abdominal pain, cramping on her right side, and nausea after a hard workout; a sonogram confirmed multiple fibroids. Other women suffer from heavy menstrual bleeding, pelvic pressure and pain, frequent urination, and problems with fertility and pregnancy.

Rodriguez, a traveling physical therapist, delayed treatment for a decade, admitting, “I just blew it off, thinking it wasn’t a big deal until it became a big deal.”

Depending on the patient’s symptoms, age, chances of becoming pregnant, and the fibroid’s growth pattern, location and size, doctors may suggest treatment that ranges from simply monitoring an asymptomatic fibroid’s growth to surgically removing the fibroids (myomectomy) or the uterus (hysterectomy).

A commonly used tool for laparoscopic myomectomies is the power morcellator, which helps surgeons divide fibroids into fragments and remove them through small incision sites. Although the FDA flagged the morcellating device starting in April 2014 with concerns over the risk of spreading undiagnosed, rare cancers such as uterine sarcoma, this risk is very low, according to JAMA: The Journal of the American Medical Association. Data released in 2014 showed that of the 36,470 women who underwent the morcellation procedure between 2006 and 2012, doctors identified 99 cases of uterine cancer, or 27 per 10,000 women. The procedure is not recommended for women already diagnosed with these cancers.

Dr. Heath Miller, chief of Swedish Medical Center’s OB/GYN department, agrees that the risk of spreading undiagnosed rare cancers is low, though how low depends on the patient age group. “This minimally invasive surgery is the way we have been removing fibroids for decades, because there are less operative risks such as infection, blood loss and clots, pain, longer recovery period and even morbidity rate.”

The growing intensity of her symptoms is what drove Rodriguez to finally, after weighing the risks, undergo a laparoscopic myomectomy last April to remove three sizable uterine fibroids (the largest was 7 centimeters). Her doctor used a power morcellator, but took the extra precaution of using a specimen bag to decrease chances of particle spread. “I felt better after a week and was back to rock climbing in two weeks.” Five months after her procedure, the Magnolia resident is happy to report no pain, nausea, bloating or abdominal distension.

The presence of fibroids doesn’t necessarily mean treatment is required, says Mihalov. However, there is some risk regarding having children; that was the case for me. I had the robotic-assisted version of the same procedure, and without it, most likely would have had difficulty in conceiving or encountered complications during pregnancy. Instead, less than a year after the procedure, I became pregnant and subsequently delivered a healthy baby girl.

Researchers haven’t been able to pinpoint a cause for uterine fibroids other than genetics, with black women at a higher risk of having them than other groups. Unfortunately, this means that no change in lifestyle can help women either prevent uterine fibroids from developing or change their growth rates. Miller advises that once a decade, women get a pelvic ultrasound, to complement their annual gynecological exam, beginning in their 20s.

In the meantime, new clinical research is under way at the Benaroya Research Institute at Virginia Mason on Seattle’s First Hill, where Mihalov serves as the principal investigator for the Sonata System (sonatatrial.com). It is a new, nonsurgical device that locates fibroids using ultrasound imaging and distributes heat energy to shrink them. It is being tested to see if it reduces heavy menstrual bleeding. Until then, Miller urges, “Every woman should [see] a gynecologist at least intermittently in their reproductive years.”