Why Are So Many Seattle Restaurants Closing Lately?

Reasons behind February’s rash of shutterings explored, and why more may come 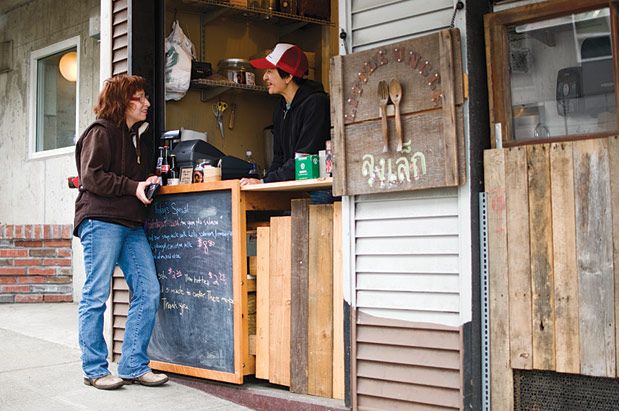 Last month—and particularly last week— Seattle foodies were downcast as the blows kept coming: Queen Anne’s Grub closed February 15. Pioneer Square’s Little Uncle shut down February 25. Shanik’s Meeru Dhalwala announced that it will close March 21. Renée Erickson’s Boat Street Café will shutter May 30 after 17 years with her at the helm (though, praise be, original owner Susan Kaplan will expand her neighboring Boat Street Kitchen into the space and continue serving the Boat Street paté, the amaretto bread pudding with butter rum cream sauce and other favorites).

Furthermore, less than a week after he was named a James Beard Semifinalist (Best Chef: Northwest) for his work at northern Italian restaurant Spinasse, Jason Stratton announced he would be stepping down from that restaurant and his others—Artusi and Vespolina—immediately to head to Spain.

What the #*%&$* is going on? A variety of things, probably—and a good chance there is more change to come.

First, some old-timers report they’re simply ready for a change. Both Erickson (also of The Whale Wins, The Walrus and the Carpenter, Barnacle and two new upcoming projects on Capitol Hill) and Stratton have had their hands in many pies for some time, and they say it’s time to narrow focus on their other restaurants (Erickson) or to take a break and regroup (Stratton, after seven years at Spinasse).

Next, even great-tasting restaurants battle tough odds—especially new ones (Shanik and Pioneer Square’s Little Uncle location both reached two years; Grub reached two and a half). The National Restaurant Association doesn’t have exact failure rates for restaurants in their first few years, but media relations and public affairs director Christin Fernandez reports that according to census data, about 60,000 restaurants open and about 50,000 restaurants close in an average year.

Statewide, Anthony Anton, president and CEO of Washington Restaurant Association and anti-minimum wage lobbyist, says that each year in Washington, 17 percent of restaurants go out of business or change hands. In Seattle, with approximately 2,300 restaurants, that translates to approximately 400 closures or sells expected—“in a good year,” Anton says.

Why do restaurants close? According to Fernandez, there are many reasons “from ownership changes and concept switches, to operational cost increases and failure to thrive.” Last July Komo’s Naomi Tomky named location as its first of six reasons why “awesome restaurants close”—which Shanik chef-owner Meeru Dhalwala and Little Uncle proprietors Wiley Frank and Poncharee Kounpungchart have both told devotees is their main reason for shutting.

In Shanik’s case, South Lake Union requires a much more substantial bar presence and more casual overall atmosphere, Dhalwala (of Vij’s and Rangoli in Vancouver) has learned, than the Vij’s-inspired elegant Indian dining house she built.

In addition to location, Tomky cites that good restaurants also close because of overly good (and thus pricey) ingredients (“Farm-to-table stuff doesn’t often pay off,” she writes); strange menu items (foie gras, pig ear, etc.) that alienate some; too much concept or too little; poor atmosphere (too loud or too quiet, uncomfortable high French bistro seats, no purse hooks, etc.) and poor management (ranging “from the chef/owner who tries to do it all himself, to the one who doesn’t do enough and loses employee confidence (and effort).”)

And for Seattle restaurateurs recently, there is also another key consideration. Though none of our local departing/transitioning restaurateurs who announced their plans last month have mentioned this as an issue*, another major factor affecting restaurant futures in our city is the impending minimum wage hike to $15 per hour. Starting April 1, all businesses must begin to phase in the wage increase: Small employers have seven years to pay all employees at least $15 hourly; large employers (with 500 or more employees) have three.

Since the legislation was announced last summer, The Seattle Times and Eater have reported extensively on restaurant owners’ many concerns about how to compensate for the extra funds that will now be required for labor: They may need to raise menu prices, source poorer ingredients, reduce operating hours, reduce their labor and/or more.

He estimates that a common budget breakdown among sustaining Seattle restaurants so far has been the following: 36 percent of funds are devoted to labor, 30 percent to food costs and 30 percent go to everything else (all other operational costs).  The remaining 4 percent has been the profit margin, and as a result, in a $700,000 restaurant, he estimates that the average restauranteur in Seattle has been making $28,000 a year.

“Everyone is looking at the model right now, asking how do we do math?” he says. “Every operator I’m talking to is in panic mode, trying to figure out what the new world will look like.” Regarding amount of labor, at 14 employees, a Washington restaurant already averages three fewer workers than the national restaurant average (17 employees). Anton anticipates customers will definitely be tested with new menu prices and more. “Seattle is the first city in this thing and everyone’s watching, asking how is this going to change?”

Despite these serious challenges, however, brave restaurateurs continue to open eateries in Seattle, which, remembering basic supply and demand, also naturally accounts for closures we’ve already seen and more that will come. Capitol Hill alone is carrying on an unprecedented dining boom, and in mid January, Capitol Hill Seattle announced that Nue, Chris Cvetkovich’s modernist global street food joint, was the neighborhood’s 100th food and drink opening in three years.

How to keep these and our other favorite culinary havens in business? With the wage hike around the corner, the imperative seems to have reached a new urgency: dine out.

*Update: we changed the word “elaborate” to “didn’t mention” for the sake of clarity, and noted that Anthony Anton is also a lobbyist against the minimum wage increase