Women Still Play a Small Role in the Tech Industry. Why?

Women still aren’t dominating the tech industry, but Seattle innovators are trying to fix that 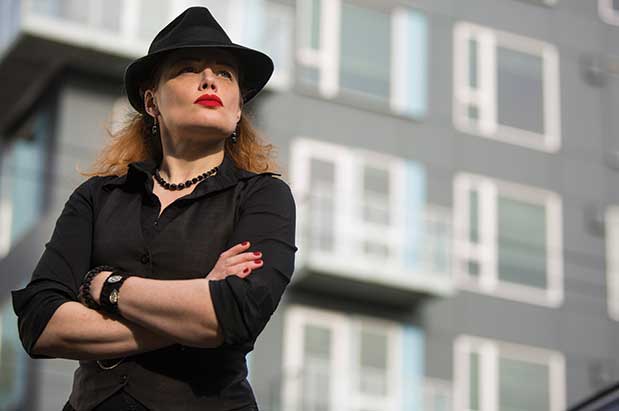 “The situation for women isn’t getting any better,’’ says Wheeler Van Vlack, author of Women in Technology, which is slated for publication March 29.

The book offers career advice to women who are considering getting into tech, or those already in it who want to take their career to the next level. It combines workplace tips with inspiring personal stories from female tech professionals. “I realize that technology can seem like a field that doesn’t have a place for women, and I want to do something to change that,” she writes.

Despite efforts to encourage women to enter—and stay—in tech careers, the question remains: Where are they? Women make up half of the nation’s workforce and more than half of the United States population, according to the U.S. Census Bureau. Yet they still play a small role in the technology industry, accounting for just 25–27 percent of computer-related jobs.

And those who do venture into a tech career often leave after a few years. That’s because they face an unconscious social bias that says they aren’t good enough for tech, according to Wheeler Van Vlack, who also is cofounder and CEO of Fizzmint, a tech company that provides automated human resources services. “It’s the death of a thousand cuts…the constant need to prove yourself,’’ she says. “It’s not that there aren’t enough women interested in tech, it’s that they’re leaving mid-career because they are not wanted, they aren’t being mentored and they aren’t being given opportunities.’’

Wheeler Van Vlack and other female techies are giving the “brogrammer” mentality a reboot of sorts by speaking out, sharing stories, ignoring naysayers and starting their own innovative companies that are creating welcoming work environments and markets for women.

“Now, more than ever, is the time to keep this issue at the forefront of the conversation,’’ says Priya Dandawate, CEO and founder of Tousled, an online beauty app that offers on-location appointments with local hair and makeup stylists.

Susie Lee, cofounder of Siren, a dating app that allows users to control who sees their images, says the state of the industry for women and minorities, is “one step forward, one step back. We just have to keep making those steps forward larger than the steps back.’’

Numerous studies show that women continue to shy away from high-tech jobs because of issues such as inhospitable working environments, gender bias, stereotypes and problems with work-life balance. It’s an age-old dilemma that starts as early as first grade, when children have already developed preconceptions that associate math with boys, according to the recent Solving the Equation report by the American Association of University Women.

In fact, a recent study by Catalyst, a New York–based nonprofit promoting equitable workplaces for women, found that the lack of women graduating with science, technology, engineering or mathematics (STEM) degrees contributes to gender disparity in the engineering and tech worlds. The study, which surveyed 6,000 MBA graduates working in tech companies in the U.S. and Canada, also showed that despite earning the same MBA education, 55 percent of women who take business jobs in tech industries start in entry-level positions. Only 39 percent of men do.

Attracting more women to high-tech jobs has become a business imperative, both because there is a need for qualified tech workers and because companies are realizing that women bring broader perspectives to the workplace. Washington Roundtable, a group of local business leaders, estimates that the Seattle area has more than 25,000 unfilled tech jobs. The gap is projected to reach 50,000 by 2017.

Employment in STEM-related occupations is projected to grow to more than 9 million by 2022, according to the U.S. Bureau of Labor Statistics. That’s an increase of about 1 million jobs over 2012 employment levels.

One local company intent on helping filter more women into technology careers is Tune Inc. The mobile marketing startup, founded in 2009, is offering creative scholarships for eight young women studying computer science and technology at the University of Washington. These grants include an academic year of free room and board, weekly groceries and a mentoring program in a three-story house near the UW.

It’s not a sorority or a club, but a “hacker house” for passionate female students. The Tune House is well equipped with the latest technology and provides a comfortable environment in which the young women can live and learn.

“It’s nice to be able to connect with other women who share my interests,’’ says 17-year-old Aishwarya Mandyam, a freshman selected to live in the Tune House who wants to pursue a career that combines medicine and technology.

Tune’s cofounders, twin brothers Lee and Lucas Brown, wanted to create a live-and-learn community setting similar to their university experience of living in a dorm at Babson College that catered to budding entrepreneurs. “College is a transformative experience and a place where we can help encourage women to pursue their passion for technology,’’ says Lucas Brown.

The brothers realize their program isn’t going to single-handedly change the fact that women are underrepresented in the tech field. But in today’s information age, they are joining a growing number of local tech leaders and representatives of universities, secondary schools and nonprofits who understand that women bring diversity and new perspectives
to software engineering and other tech fields.

“Software design is inherently a creative process, and we all bring our own perspectives,” says Ed Lazowska, chair of Computer Science & Engineering at the UW. “If we have a diverse workforce, we will have a better product in the end.”

Washington state ranks fourth in the country for technology-based corporations, but 46th for participation in science and engineering graduate programs, according to the local nonprofit Washington STEM. The UW is making gains, however. Over the past 10 years, its computer science and engineering school has doubled the number of women graduating with a major in that field. Last June, 31 percent of the UW’s computer science undergraduate degrees were awarded to women, more than twice the national average.

Today, a new “cradle to career” learning culture is being promoted throughout Washington—where only 7 percent of high schools offer computer science courses—as young girls are being persuaded to become part of the next generation of programmers.

“As every industry is being turned upside down by technology, it’s critical for every Washington student to have the chance to learn how to build technology, not just use it,’’ says Hadi Partovi, cofounder and CEO of Code.org, a Seattle-based nonprofit dedicated to promoting computer science education and increasing participation by women and underrepresented students of color.

That effort got a boost last June when Governor Jay Inslee signed a law expanding computer science classes across the state and providing new access to what has become a foundational skill in Washington’s economy.

A number of organizations in Washington, including Washington STEM and Code.org, are creating STEM opportunities for women and girls. And an explosion in the number of programming boot camps—from two in 2010 to at least 60 today—is happening nationwide. These include schools such as Code Fellows, Coding Dojo and Ada Developers Academy, all of which teach coding and offer support to women in the Seattle area and other locations in the U.S.

“I’m optimistic about closing the gap,’’ says Cynthia Tee, executive director of Ada Developers Academy, which recently had 300 applicants for 24 spots in a cohort (the academy runs multiple cohorts per year). “The spirit and intention are there, but it’s going to take time.’’

The Washington Technology Industry Association (WTIA), which advocates on behalf of the local tech industry, was recently awarded $5 million to expand high-tech job opportunities for women, minorities and veterans in Washington state.

Sarah Bird, a member of WTIA’s Diversity Action Committee and CEO of Seattle marketing analytics software company Moz, says there is nothing inherent about technology that makes it unfriendly to women or other underrepresented minorities. She points out that women played major roles in the pioneering days of computer science.

But over the years, the tech culture has shifted to include stereotypes and an unfair bias against women. Says Bird,“We won’t rest until the technology industry reflects the diversity of experiences, perspectives and backgrounds that make up our communities.’’